During the first five months of the year, China's network technology services companies earned profits of close to $100 billion US dollars. 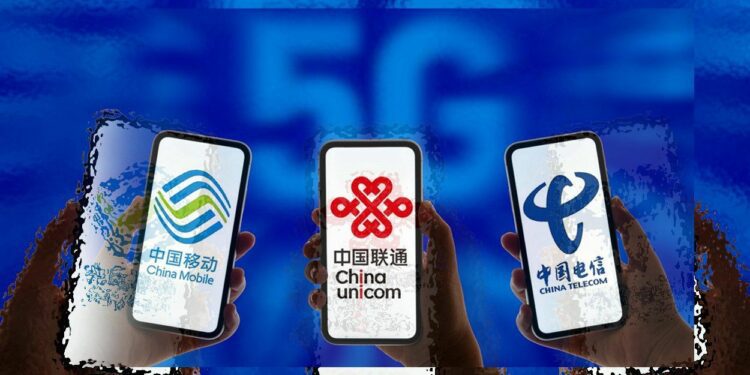 The People’s Republic of China’s telecommunications industry experienced an outstanding first half of the year with big gains. Revenues between January and May were counted at CNY665 billion yuan, equivalent to about $99.46 billion. On a year-on-year basis, growth was 8.5%

The information was recently published by the local agency Xinhua citing data from the Ministry of Industry and Information Technology. Among the top gainers were emerging businesses, including big-data, cloud services and others. These sectors are expected to continue to experience strong growth for the remainder of the year.

At the same time, the growth of the three main technology businesses in the Asian country stands out. These telecommunications operators are China Telecom, China Mobile and China Unicom. They achieved a combined growth of 34.3% on an annual basis of CNY128.3 billion yuan. This amount is equivalent to 19.3% of all the sector’s earnings between January and May 2022

The accelerated growth of China’s telecommunications industry is one of the most promising factors for this technological and economic powerhouse. Its Western rivals are increasingly concerned about the rise of new technological developments in China. At the same time, companies in the sector continue to consolidate even beyond the borders administered by Beijing.

It is noteworthy that growth far exceeded pre-pandemic levels (6.4%). The latter indicates that the sector is set to continue its overwhelming development in the coming months of this year. Importantly, closure measures due to the Covid-19 outbreaks this year have not particularly affected this area.

Since March, the authorities have shut down major ports and large cities such as Shanghai with all their businesses. This had a huge impact on China’s trade and economy as a whole. However, the very characteristics of the telecommunications business, based on Internet technology, allowed it to circumvent the problems of confinement.

Other sectors of China’s telecommunications industry that benefited from large revenues were data centers and the internet of things (IoT). With the large size achieved, the authorities expect that medium-sized local companies will soon be able to expand abroad, keeping company with the traditional giants.

5G connections and their link to Chinese industry

Another point not to lose sight of is that China is consolidating its position as the leader in the adoption of fifth generation or 5G technology. By the end of May, the country had 1.7 million base stations for 5G connections. This represents 16.7% of the mobile network stations in the entire Asian nation.

According to official data, in the first five months of 2022, the installation of 275,000 base stations was achieved. With this, the technological superpower concluded this phase of the year with more than +400 million subscribers to fifth-generation network services. These would be the figures available from the service operators in that nation.

Likewise, Chinese 5G industry operators obtained a net growth of more than 30 million subscribers in May alone. Of these, China Mobile, the world’s largest operator in terms of subscriber numbers, stood out, taking 18.25 million 5G subscribers.

5G growth expectations are being met

Growth plans in the Chinese telecommunications sector seem to be moving ahead uninterruptedly. In that regard, by the first quarter of the year, 400 million 5G connections were reached across the country. This represents more than 30% of all existing cell phones in the country.

“To consolidate China as the country with the largest and best communication capacity worldwide, the Communist Party expects to reach 3.64 million base stations by the end of 2025.”

Similarly, as reported by EPF, the authorities expect that by the end of the year base stations will reach two million units. To get an idea of the magnitude of growth, it is worth noting that in 2021 alone 654,000 stations were reached nationwide. With such infrastructure construction, 5G connections are practically within reach of all provinces.

According to the authorities, China’s telecommunications industry is still booming. With this, 5G networks would cover all cities at the prefectural level; more than 98% of urban areas at the county level and 80% of the areas nationwide at the municipal level.

Despite the colossal development this means, the authorities are not willing to slack off in efforts to increase coverage. To consolidate China as the country with the largest and best communication capacity in the world, the Communist Party expects to reach 3.64 million base stations by the end of 2025. This translates into tripling the country’s already immense 5G capacity in a short period of time.

Of all mobile connections in China, 52% should be fifth generation by the same date. Another important fact is that by the end of 2022, the growth in connections would be 60% higher than those existing during the first quarter. With this, Beijing is moving away from Western nations in terms of communication, both in terms of quantity and quality of services.

China’s technology and service industries and all spheres of production demand high-speed connections. To this end, the deployment of 5G is taken very seriously by the authorities. Thus, it can be said that the fifth generation network is one of the pillars to consolidate the plans for long-term economic and commercial world domination

To get a complete picture of Beijing’s dominance in this area, it is worth noting that the U.S. authorities, in the same race, authorized the investment of $1.5 billion dollars to develop the network until 2026. China has so far invested 50 times that amount in its local 5G and plans to invest an additional $100 billion over the next five years, according to data compiled by EPF.

A fundamental aspect of the use of 5G technology is the application for uses linked to the reduction of carbon emissions. In this regard , it is noted that the country aims to reach its peak coal consumption before 2030 and, thereafter, begin a long process of reducing consumption. This would culminate in 2050-2060 with China becoming a greenhouse gas neutral nation.

The significance of this goal is that it is the world’s most populous nation and its exit from the polluting spaces would be a great help. With China, the balance would shift in favor of the transition policies being pursued around the world.

With those goals in sight, the 5G industry for emissions reduction in China is crucial. Authorities are currently using the network to create campaigns to guide citizens to lower consumption. “5G is the most energy-efficient wireless communication technology today. It has been integrated with many industries to promote the green transformation of society,” Huawei senior executive Devin Duan said in January.

Minimal power usage is one of the priorities that 5G would solve efficiently. For example, smart batteries are one of the most promising developments. “5G can be applied to power packs to form smart batteries that can intelligently manage electricity and heat,” Wu Feng of the China Academy of Engineering told the Global Times.

He adds that “with such intelligent management, the total battery lifetime will increase significantly to further support large-scale energy storage, especially for clean energy.”