Alan Glanse, former CEO of Juicy Fields, defends his innocence and claims that the real perpetrators behind Juicy Fields are men with Russian passports. 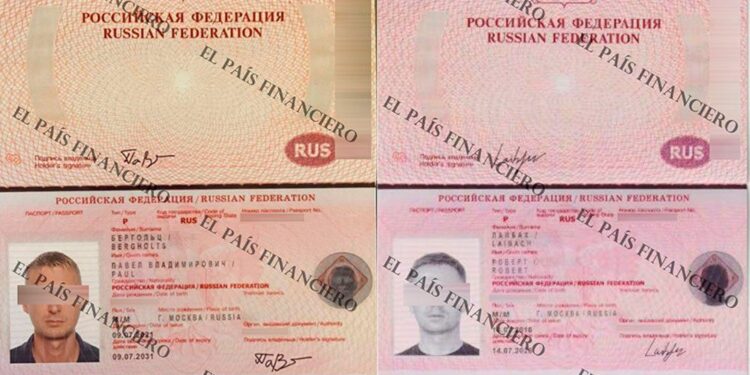 This article was published in EL PAÍS FINANCIERO, a Spanish newspaper belonging to our editorial group.

Alan Glanse, former CEO of Juice Fields and one of its most visible faces, claims to have no responsibility for the alleged Juicy Fields exit scam. He adds that he is in the same situation as the others affected, and that he is “in shock about everything that has happened.” “I am not afraid of anything because I am innocent,” he adds.

“I would never have taken the money […], I just want to find those people” [the Russian men who, he explains, controlled the scheme]. “I’ve only met them five times. They hired me, and that’s it.” Glanse not only defends his innocence tooth and nail. We have been able to see how, far from disappearing, he has spent the last few days talking personally with some affected investors and sharing his message of innocence with multiple communities of victims.

3 men with Russian passports are behind the Juicy Fields scheme, according to Glanse

In the last few hours, a document allegedly leaked by subsidiaries Juicy Holdings B.V. (Netherlands) and JuicyFields AG (Switzerland) began to spread like wildfire among affected groups around the world. The document, entitled “Internal due diligence Investigation”, contains a wealth of information about the alleged decision-makers at Juicy Fields, as well as many of their middle managers who could be responsible for the alleged flight with the money.

EL PAÍS FINANCIERO has tried unsuccessfully to contact the subsidiaries in the Netherlands and Switzerland to confirm the authenticity of such information. However, both telephone lines and e-mail addresses have already been disconnected.

Even so, Alan Glanse, from his position as former CEO of the company, has been able to confirm the veracity of some of the information contained in these documents. Specifically, he has affirmed that some alleged Panamanian documents contain reliable information about the real responsible and architects of Juicy Fields.

In the following audio you can listen to several fragments of the interview with Glanse, former CEO of Juicy Fields. At minute 01:03 is when he is shown the alleged leaked documents that incriminate 3 men with Russian passports, asking Glanse if those are the real people responsible for Juicy Fields and if the information shown in the document is true.

“Of course they’re the real owners. Paul and somebody else…,” he explains. “You are rigt, these are the real…, the people who invited me [to be the CEO of Juicy Fields]. I’ve met them 5 times in 2 years,” Glanse adds rather nervously upon seeing the document. It is worth mentioning that Alan Glanse is also of Russian origin, but currently holds an American passport.

This document records that Paul Bergolts, an individual with a Russian passport, effectively controlled 51% of Juicy Grow GmbH, the German subsidiary of Juicy Fields. Bergolts, according to the document, also owned 51% of JuicyFields AG, based in Switzerland.

According to this information, Paul Bergolts was the majority shareholder of part or all of the Juicy Fields holding.

Robert Laibach, an alleged lawyer with a Russian passport, held, according to the document, the remaining 49% of the 2 mentioned companies. However, it is important to mention that Laibach is listed as a nominee shareholder, a “testaferro” whose shares really belonged to Alex Vaimer and Vasily Kandinski. It is therefore difficult to determine whether Laibach had any real responsibility for what happened, or as a lawyer he simply allowed his clients to use his name.

The same document also states that Viktor Bitner (with a German passport) and Dr. Robert Mueller acted as front men for the companies incorporated in Germany and Switzerland, respectively. The actual involvement that both individuals may have had in the case is unknown.

A textbook exit scam: the Juicy Fields case in detail

This article was published in EL PAÍS FINANCIERO, a Spanish newspaper belonging to our editorial group. There is less and...