Since billionaire Elon Musk took over Twitter, controversies and shows parade and generate discomfort among advertisers. 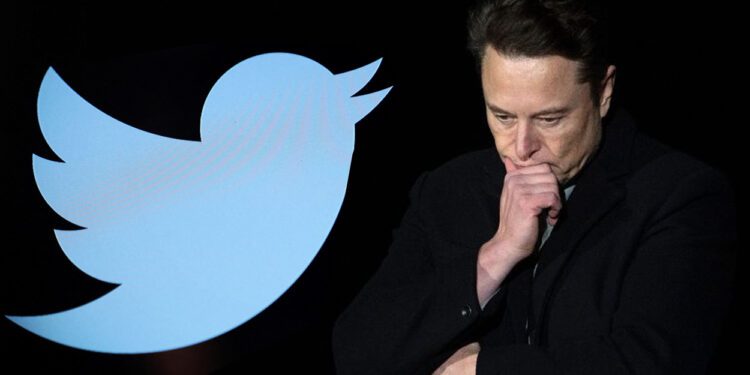 The world’s richest man wasn’t content with just having a big social media clout, he wanted more. Thus the purchase of Twitter by the controversial Elon Musk was consummated and the results are palpable with a growing number of advertisers fleeing. The platform relies heavily on ads and now faces decapitalization despite (or because of) the tycoon’s crackdown.

To reduce the company’s huge costs, Musk made the decision to lay off a large number of employees. These were joined by other positions of responsibility who decided to leave voluntarily. The social network seems to be entering a crisis that makes many doubt about its future. The owner himself did not rule out bankruptcy of the company. This instability creates fear among advertisers, many of whom prefer to distance themselves before it is too late.

Musk’s controversies and challenging comments have created a climate of fear and nervousness that is beginning to take its toll. In addition, the attempt to diversify revenue streams did not go as expected with the proliferation of fake accounts with the blue badge. The arrival at the helm of the platform of a person like Musk set off alarm bells among many advertising clients, some of them like General Motors immediately pulled out.

Advertisers are currently fleeing Twitter due to various factors such as the instability projected by the company and the crisis conditions. For the past two weeks, the number of problems has been growing steadily and many analysts expect chaos due to the company’s unorthodox management. The main criticisms of the company focus on the improvisation of the board of directors led almost single-handedly by Musk.

The entrepreneur promised a complete turnaround in the operation of the platform to turn it into a window for freedom of expression. However, one of the first announcements was the $8 monthly charge to users for the blue verification badge. To have that badge, one would not need to be verified, but pay the subscription. Immediately, controversy began between the businessman and users, especially politicians from the Democratic Party.

Then it became known that the company would have three types of users. The first would carry the label of official account and would be reserved for politicians and other well-known personalities. Next, there would be the aforementioned blue medallion for those who paid for the service. Finally, there would be the normal users who use the platform for free.

This division into “castes” was the upside-down version of the utopian kingdom of freedom of expression promised by the entrepreneur. However, freedom of speech is not the element driving the stampede of advertisers fleeing Twitter. The problem lies in the proliferation of imposter accounts protected by the ease of obtaining the blue medal. Musk’s proposal to vary revenue streams ended within hours, as it was nothing more than a perfect recipe for more trouble.

Here are some of the advertisers fleeing from Twitter

As mentioned above, GM was one of the first companies to freeze the purchase of advertising on its rival’s platform. It should be remembered that General Motors is Tesla’s direct competitor in the electric car sector. Whether for competitive reasons or because of a real concern about instability, the automaker decided to withdraw immediately.

The most recent of the corporations to distance itself was Omnicom. This is one of the most renowned advertising houses in the world and which covers companies such as PepsiCo, Apple and McDonald’s. This Friday, the company recommended its clients to refrain from paying for advertisements on the social network of the little bird. The company justified its withdrawal by the “events of recent days”.

These could have “serious implications for advertisers”. With that it alludes to the massive layoffs in the security and advertising teams, in addition to the resignation of several senior executives in conjunction with the proliferation of imposter accounts. The latter became a very sensitive issue, since many wrongdoers bought verification and impersonated accounts of companies and personalities to cause damage.

Among the most emblematic cases is a verified account (impostor) of former U.S. President George W. Bush. In one of the tweets, this account “longed” for the good old days when he used to “assassinate Iraqis”. As far as companies are concerned, the announcement of insulin stands out. During that other episode, an account bought verification and impersonated a powerful pharmaceutical company and posted a text about free insulin. The company’s (Eli Lilly) stock market shares plummeted.

The proliferation of fake accounts put Twitter on the back foot despite the fact that paid verification was quickly removed. However, Omnicom concludes that the risks to businesses are “increasing unacceptably.” Hence, withdrawing from advertisements becomes a defensive measure to avoid damage such as those mentioned above with the insulin case.

“Major firms would be willing to curb their Twitter advertisements motivated by the uncertainty of Elon Musk’s decisions to alter the operation of the platform.”

Prior to this firm, other companies announced the distancing. The reasons for some of them were diverse, but the biggest was Musk’s harangue of putting free speech above moderation. In the meantime, the entrepreneur has done his best to appease advertisers and so far changes in moderation policies are imperceptible or non-existent. However, the stampede is already underway.

If this reality continues, the specter of the social network’s bankruptcy could be closer than ever. Advertising is the company’s main source of revenue and a massive abandonment would mean that Musk must assume the costs, which he does not seem to be very willing to do. The aforementioned case of layoffs has been considerably debated in the media and on networks. Platforms the size of Twitter, with tens of thousands of users, tend to have common failures.

Those glitches are plentiful and most of them are small. But the lack of a large team to address all cases could lead to an accumulation of problems that would take a toll on the long-term quality of the platform. This explains why layoffs are one of the biggest fears for Twitter advertisers who are now fleeing in the face of what they see as “almost certain chaos.”

One of the biggest tragedies Twitter could soon face has to do with the time of year. Generally, this is the time of year when most advertising contracts are negotiated, which means that the decisions of many of the companies to pull their ads would take effect almost immediately. As a result, an important group of advertisers are hinting at a migration to other platforms.

According to the Wall Street Journal, this is the time of the year when advertising contracts are made with large players that account for 30% of revenues. This newspaper talks about a powerful advertising company that would withdraw its usual $10 million in ads. As soon as Q1 2023, this firm WSJ talks about would make a complete shift to TikTok and Google.

It is clear that the firms would not leave their ad investments locked up, but would instead take them to other platforms. Top choices could include Meta’s social networks, primarily Instagram, China’s TikTok and Alphabet’s Google. Even if Musk’s efforts are convincing in the coming days, it is unlikely that many of the fleeing advertisers will return to Twitter again anytime soon.

The reason for this is that they would already be signing long-term or medium-term ads deals with other platforms. At the same time, a quick turnaround is not expected, as was the case with Facebook in 2020, the portal reports. Back then, many advertisers pulled out of ads on that platform in the face of poor data handling, hate speech and misinformation. However, the returns on investment in Facebook advertising in the form of sales made the boycott short-lived.

Elon Musk’s attempts to calm advertisers and prevent them from leaving are motivated by the fear of bankruptcy. The entrepreneur would already be aware of the company’s math and what it needs to stay profitable or at least alive. It should be remembered that the purchase of Twitter was financed by some $13 billion in debt.

By 2021, the company’s advertising became the provider of 89% of revenue. The latter would have been just over $5 billion that year. One should not lose sight of the fact that, despite respectable revenues, the platform is an operating expense machine. In other words, the expense ratio leaves little room for much of the revenue to be turned into profit.

Precisely, that was Musk’s intention in making the staff cut, to increase the company’s profit margin. Despite this, the move, much like Twitter Blue, did not work out as he had hoped, quite the opposite. Now the entrepreneur is facing a stampede of advertisers fleeing Twitter terrified by his decisions.

Either way, if the platform’s main source of revenue, advertising, leaves, then the risk of bankruptcy is clear. Last Thursday, the tech tycoon told his employees that he was unsure how much the company had left in advertising and that bankruptcy was not out of the question. With such statements, the exit of advertisers becomes a more than predictable move.