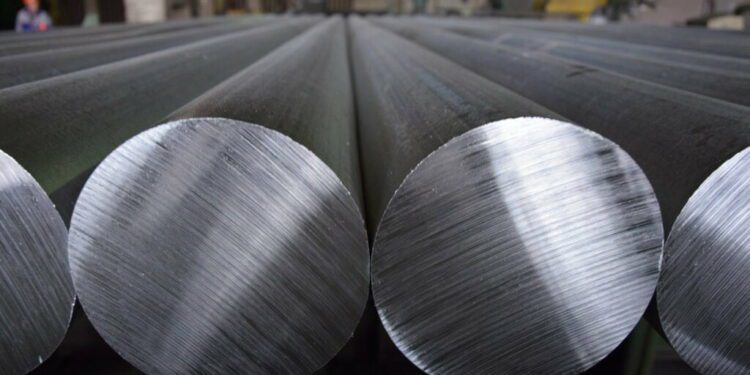 In the last few days, the value of aluminum soared and the price per ton reached u$s 3,000 on the London Metal Exchange, a figure not reached since 2008, due to production cuts in China and the political situation in Guinea, an important country in the production of this metal used mainly in the construction and transportation industry.

“The price reached this high on Wednesday, September 15, due to the shortage of coal,” comment specialists on the situation of the mineral used as a source of energy.

“Probably the lack of coal in China will increase throughout the 4th quarter, due to the winter and low temperatures. This situation would continue to raise the price of aluminum,” they added.

“Political risks are leaning heavily on aluminum from China and also from Europe,” says experts at investment banking and securities firm Goldman Sachs in a report.

They warn that another reason for the aluminum price rise is the value of electricity and also taxes levied on coal in the European Union.

On the other hand, the demand for this metal also increased as consumption rose in the post-pandemic, just as the consumption of other metals and raw materials has done.

In addition, other reasons caused the price of aluminum to rise, such as strikes at a Canadian producer and fires that affected production at a smelter in Jamaica, according to Daniel Briesemann, an expert at the German bank Commerzbank.

Guinea is also to blame

The worrying political situation in Guinea, one of the world’s leading producers of bauxite, the key to aluminum production, creates some unrest in the market, however, “production and export performance continues in the same way for the time being and the fear may be overblown,” says Commerzbank.

This activity accounted for about 15 percent of the 2020 Gross Domestic Product (GDP) and about 80 percent of Guinea’s exports, according to a macroeconomic report by the World Bank.

Guinea, a country located in East Africa and home to about 13 million people, has about 7.4 billion tons of bauxite, the U.S. Geological Survey estimates based on data from last year.

This figure represents a quarter of the world’s bauxite reserves.

It reportedly takes more than four tons of bauxite to produce one ton of aluminum, which produces two tons of alumina.

Almost 50 percent of the bauxite imported by China comes from the African country, according to data from the global consulting firm CRU, a figure that has increased due to the decrease in the quantity and quality of its reserves.

After the coup d’état in Guinea, the junta communicated that bauxite production will continue and that the deadlines and commitments agreed with the country’s partners will be respected.

The authors of the coup reported that they will meet during the week with politicians, civilians, and representatives of the country’s mining industry to establish a government project.

It is practically impossible that the conflicts that the aluminum market is going through, mainly in the supply of essential minerals for its production, and which raised its price to a record high, will be solved in the next few days.

This was communicated by producers and consumers at the largest aluminum assembly in North America, which took place last week.

The price of this metal rose almost 50 percent in 2021 due to the increase in demand, problems in the supply chain, and the shortage of coal in China. This situation increased the concern of producers who use aluminum as the main input, as it is scarce and the price is very high.

According to several players in the aluminum assembly, the problem in the supply chain will remain at least throughout 2022 and will possibly take about 5 years to resolve.

Supply chains around the world, which use containers as a transportation system, are struggling with increased demand and labor disruption caused by the pandemic.

The reasons for the price increase of aluminum are also the lack of workers in aluminum factories and the limited availability of truck drivers for aluminum distribution.