U.S.-based Amgen announced the acquisition of Horizon Pharmaceuticals in what represents a return of the laboratories to a pre-pandemic strategy. 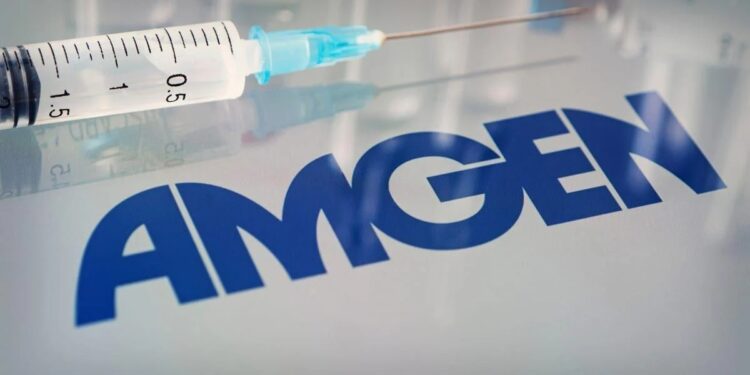 U.S. biotech company Amgen reached an agreement to acquire biopharmaceutical Horizon Therapeutics for $26.4 billion in cash, it said in an official statement.

With this purchase, the biotech adds reinforcements in the development of treatments for autoimmune diseases.

The company will pay 116 dollars per share in cash, according to the information provided by the companies, which represents a premium of almost 50 percent since the biopharmaceutical company said at the end of November that it was in talks with three different companies.

It is also a 20 percent premium to the price at the market close last week.

Horizon’s official statement on the sale to Amgen.

What is Amgen looking for with the Horizon acquisition?

With Horizon, the biotech is acquiring a company that accounts for nearly 50 percent of its $3.6 billion in annual sales of Tepezza, a drug used to treat thyroid ophthalmopathy, a known serious eye disease.

Other important treatments include Krystexxa, for chronic gout, and Ravicti, used in congenital urea cycle disorders.

Taking into account shares that have not yet been distributed, the total purchase price comes to $27.8 billion, while the value of the company, including debt, is at $28.3 billion.

“We admired the success of the biopharmaceutical for some time and also studied its business in detail,” said Robert Broadway, Amgen’s chief executive officer.

“And when the opportunity arose, we were ready to do the deal,” he added.

French drugmaker Sanofi had dropped out of the race to buy Horizon last week arguing that the price had risen too high, after a subsidiary of Johnson & Johnson also dropped out in early December.

Horizon is listed on the Nasdaq market and headquartered in Dublin, operates in the U.S. states of Illinois and Maryland.

Change of strategy or return to original plans?

After the attention given to Coronavirus, major pharmaceutical companies are returning to their search for innovative treatments, especially for rare diseases and cancer.

Horizon’s purchase is the largest pharmaceutical acquisition in the last two years, since Britain’s AstraZeneca bought Alexion Pharmaceuticals for nearly $40 million in 2020.

“The purchase of Horizon is pivotal for the company and is aligned with the strategy of long-term growth in providing innovative medicines to meet the needs of patients with serious diseases,” added Amgen’s CEO.

To close this purchase, Amgen entered into a bridge financing agreement with Citibank and Bank of America, which will provide the company with a $28.5 billion syndicated loan.

The U.S. biotech significantly outperformed the competition in 2022, with its shares up 25 percent through last week’s market close and has a market value of $149 billion.

In November, the company’s accounts beat analysts’ forecast, thanks to 11 treatments achieving record sales in the quarter and Amgen keeping operating expenses in check.

Amgen estimates that the Horizon acquisition will boost earnings per share from 2024.

It forecasts pre-tax savings of $500 million per year after the 3rd year from completion.