The world's largest iPhone factory is to resume 100 percent production in early January 2023. 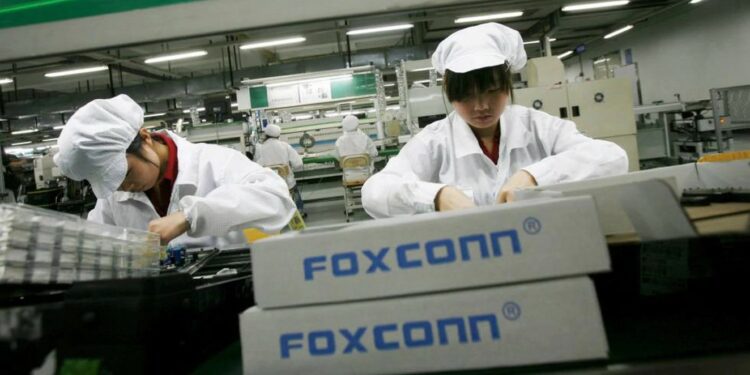 Foxconn, the iPhone manufacturing company located in Zhengzhou, China, which is considered the world’s largest in this task, will resume all production by the end of 2022, which would decompress the production of Apple’s flagship device.

The brake was caused by a claim of workers in the factory due to delays in the payment of salaries and the terrible living conditions caused by the covid-19 restrictive measures implemented during November.

Foxconn, a key supplier to Apple, began hiring new employees in pursuit of a sharp increase in production.

If this hiring plan, which is backed by the Zhengzhou government, continues smoothly, full production may return to normal in a month or so, the company has been told unofficially.

The recruitment campaign by the Taiwanese electronic device manufacturer comes after a few weeks in which 20,000 disgruntled employees accepted Foxconn’s offer of 10,000 yen (almost 1,500 dollars) as compensation to leave the factory.

In the first week of December, protests at the plant and heavy restrictions to prevent the spread of covid-19 have stabilized, which defused the conflict.

Although Apple achieved a diversification of its iPhone production line, with suppliers manufacturing some of its electronics in Vietnam and India, almost all major iPhone 14 Pro models are assembled at the Zhengzhou plant.

These bottlenecks in Chinese production led Apple to accelerate its plans to move some assembly to another country, the Wall Street Journal has reported.

According to this report, the Cupertino company began to pressure its suppliers with the aim of moving the manufacture of its devices to countries such as India and Vietnam, nations that are already manufacturing the iPhone 14 in addition to other previous models, but in smaller quantities.

The estimated shortfall that Apple will face in the manufacture of the iPhone 14 Pro and Pro Max is more than 6 million units.

Initially, the apple company had projected to produce 92 million smartphones of the iPhone 14 models by the end of this 2022.

During November, violent confrontations have broken out between security forces and employees at the Zhengzhou plant, a sector known as “iPhone City”.

Social networks in China (official media are silent on the subject) have reported that the complaint arose from poor working conditions and concerns about the backlog in wages and bonuses.

Because of China’s heavy confinements and covid-19 controls, the workforce was forced to live in a “closed bubble” inside the facility, and had only been allowed to move between the plant floor and their rooms.

The employees were further enraged when they were informed that they would not be paid a bonus they had been promised, except that they would remain in the plant (living indoors) until March.

The extra bonus payments served as an important incentive aimed at attracting new workers to the factory after thousands of employees had left the plant in October. It was all born out of fear of tough coronavirus restrictions after a series of cases at the plant.