Bank of England to raise interest rates in August

This was confirmed by his lieutenant governor, Dave Ramsden, in an interview 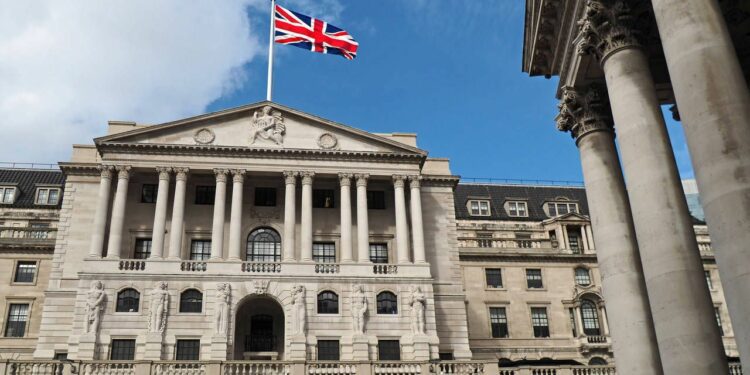 In statements made this morning, Dave Ramsden, Deputy Governor of the Bank of England, said that interest rates will have to rise to try to stop an inflationary escalation in his country.

“We will not allow inflation to get out of control as it did in the 1970s and 1980s,” he said in an interview with Business Live. In this context, British bond futures have opened lower after Ramsden’s statements, who has been characterized for being at the other aggressive end of the Bank of England’s Monetary Policy Committee.

The Bank of England (BoE) raised rates five times since December 2021 to prevent inflation from continuing its upward course and it is a fact that it will go for the sixth hike next month. Estimates call for a half-point hike by August 4.

Inflation rose sharply during 2022 in Britain. It was driven by increases in the price of electricity and gas. A higher price cap also began to be applied.

This cap serves to limit the price per unit charged by suppliers to the consumer. This measure came into effect in April, resulting in average annual energy price increases of around 2,000 euros.

Other increases that have pushed UK inflation into very difficult territory have been rises in the cost of metals, chemicals and crude oil. To which are added food, transport and machinery.

The whole situation is taking place in a politically convulsed context, with the resignation of Prime Minister Boris Johnson the previous week.

Inflation in Britain reached 9.1% in May. It is expected to exceed that number shortly, which would be around 11%. This would make the rate hike the highest since 1982. According to Dave Ramsden: “We will have to act forcefully against this situation. That means times are going to continue to be really tough”.