A bipartisan bill to sanction social networks considered "dangerous" was agreed in the United States on December 13. 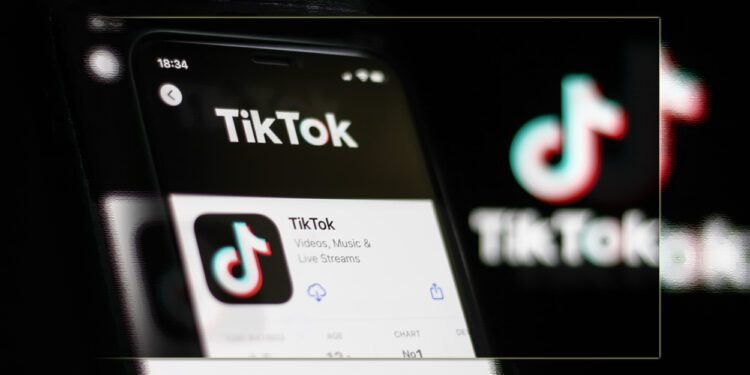 Social networking company, Meta, could be fishing in troubled waters if a recent bill becomes law in the United States. The bipartisan proposal seeks to ban some social networks such as TikTok, which is accused of compromising the national security of the North American country. This would be welcomed by Mark Zuckerberg’s company, which has tried everything to catch up with its rival, but so far has not fared well.

Thus, the project known as the “Anti-Social CCP Act” seeks to reduce the influence of external actors in the internal life of U.S. citizens. The proposal specifically targets the influence of Russia and China through propaganda. It should be noted that the viral short video platform is owned by China’s ByteDance. This firm is heavily controlled by the Chinese Communist Party.

In the most extreme scenario, i.e. a total ban for the Chinese network, the consequences could be positive for Meta. Since the beginning of the year, the once queen of social networks, with Facebook and Instagram, has not had it all its own way. The bet on the construction of the Metaverse and the rise of the competition are leaving it out of breath, which compromises the most important plans of the management. In that sense, the exit of its biggest tormentor from the game presents itself as an opportunity, although not everyone agrees.

The desire of important political sectors in the United States to ban TikTok is not new and dates back to the Donald Trump era. With the new government administration, the pressure on the platform decreased to spite local competition. As such, the issue of the Chinese platform took a back seat for a considerable period of time. It was not until this year that the issue was revived again.

As reported by this media, the U.S. FCC has reportedly asked Alphabet and Apple to remove the Chinese platform application from their online stores. The reason would be the constant concern about the handling of users’ private data by the social network’s management. According to the leaked meetings of TikTok’s parent company, the private data of U.S. users is handled from China. Although the company has promised to store this data within the U.S. territory, its own executives seem to deny it.

“It’s not just an app for sharing funny videos and memes, that’s the sheep’s clothing. At its core, TikTok functions as a sophisticated surveillance tool,” an FCC official said in a letter to the companies.

TikTok’s failure to live up to its promises on data handling could be grounds to ban it from the U.S. Herein lies the importance of the bipartisan bill that is on its way to becoming law. The initiative becomes a beacon of hope for the battered Meta business.

how attractive would Meta be if TikTok is out of the game?

It’s no secret that Meta (formerly Facebook) has been the dominant social networking company since it took off. In fact, outside of the Chinese platforms within that huge market, Zuckerberg’s company knew no rival for about a decade. But the landscape changed when those Chinese companies decided to expand beyond their borders.

With fresh and well-designed ideas to attract new generations ByteDance got the formula to overtake Facebook. Since then, its popularity has continued to grow and that of its U.S. rival has been gradually sinking. If TikTok’s platform is out of the market, for whatever reasons, Meta’s shares could become one of the most attractive investments.

One should not lose sight of the fact that poor results sunk its shares since February and now they are at a dramatic floor. At the other extreme, there are analysts who believe that the hypothetical exit of the Chinese company will not represent positive news for Meta’s social networks. According to an article published in Fool, most TikTok users already have Facebook or Instagram accounts, which they do not consider as attractive options.

But one unquestionable fact is that content creators would be orphaned if the authorities were to ban TikTok. The result could be a growth in the adoption of reels (Meta’s short videos). The fact that Meta is at the total bottom should not be ignored and any growth in its propositions, however modest, will mean moving off the bottom line into positive numbers.

But Meta’s reality is not easy and the problems come together to form a mountain. From the distrust of regulators to the problems with Apple are permanent sources of bad news. On top of that, billion-dollar adventures in the Metaverse have shareholders on edge.

The TikTok ban could be reversed

While the proposal to restrict the Chinese platform is a bipartisan compromise, it should not be forgotten that it is not a done deal. This is a company awash in billions and of cardinal importance to the Chinese and U.S. economy. That means taking it out of the market is not so easy, as the company would fight tooth and nail (and surely something else) to prevent it.

“The bipartisan deal to take platforms like TikTok out of the game could fall through due to a number of factors such as a possible sale of the network’s U.S. operations”

Overturning TikTok’s market right through legislation would be a long way from happening. In other words, Meta’s board should not rest its hopes on a possibility that could fall by the wayside like so many other bipartisan deals. In the most extreme case, ByteDance could opt to sell its U.S. operations.

The latter scenario would not improve anything for Meta, as the platform would simply change ownership and continue to exercise its power. Thus, a U.S. buyer or a buyer from an ideologically like-minded country would fulminate Zuckerberg’s hopes of resuming his reign. There has been talk about the sale of TikTok since the pressures began during the Trump era and analysts are betting on this scenario.

Be that as it may, banning TikTok seems more difficult than overcoming it for Meta. The growth of the short video social network never ceases to amaze analysts and most of the competition is moving in the shadow of the Chinese giant. The creativity of the social networking technology firms looks burnt out and almost all of them are dedicated to copying the proposals of others. The cases of Snap and BeReal are not clear examples of this.

To invest or not in Meta?

Zuckerberg’s company is betting big on the future in the metaverse. The metaverse is a reality that can currently only be imagined through science fiction. These are digital worlds in which users can interact directly thanks to extended reality.

If this bet yields the expected results, placing capital now in Meta’s shares for the long term could be the best bet. On the other hand, the problems not only continue for the company, but look set to get bigger. This means that this year’s precipitous fall could be prolonged over time, leaving the stock in much lower territory compared to where it is now.

Taking that into consideration and adding that the proposed bill to ban TikTok could be weathered, it’s safe to say that Meta stock is not a good option for investment, at least at this point in time. There is still a bet on the Metaverse, but it would be a very risky and extremely long term bet.

So far this year, Meta shares have lost -65% of their value, which rivals even the most volatile cryptocurrencies. However, despite all this may mean, its social networks continue to consume a significant portion of young people’s bio-time.

Also striking is the fact that the company is trying and its cost-cutting plans would be aimed at boosting its business. So far, the company has laid off 13% of its workforce, i.e. some 11,000 employees. It is also important to note that much of the bad news is linked to the macroeconomic conditions that affect all companies, especially technology companies.