The price of the most popular cryptocurrency by 2023 is the subject of countless speculations by Wall Street analysts and investors. 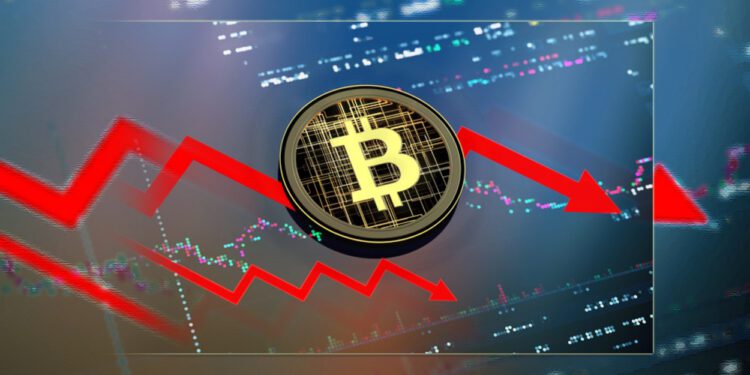 If there’s one thing you can’t trust, it’s BTC price predictions in the short term. Reputable analysts have stumbled on that ground, as announcing a possible value for the coin seems more like guessing than forecasting. In that sense, numerous experts inside and outside the sector have already started to launch their bets for 2023.

Two of the main representatives of the two sides of the predictions are Tim Draper and Mark Mobius. The former assures that the digital currency will have an exponential growth that will take it up to $250,000 dollars. The second considers that there is a clear trend towards the bottom. Thus, the most popular cryptocurrency would drop to $10,000 dollars per unit.

Between these two antagonistic (and extreme) positions, there are numerous bets for all kinds of prices and even for a relative stagnation. During this year, the digital currencies market suffered the onslaught of macroeconomic conditions with an aggressive Federal Reserve. Also, crypto market conditions themselves caused dramatic crashes with the loss of billions in market capitalization.

For legendary venture capitalist, Tim Draper, the price of BTC is like “a dam about to burst.” As soon as within six months, he claims, each unit of that virtual currency will trade for $250,000 US dollars. It should be noted that Draper made the same prediction for the end of 2022, something that clearly did not come true.

“I stretched out my prediction by six months. 250K is still my number,” the investor expressed during a consultation with the CNBC portal. The well-known Silicon Valley veteran considers that there are numerous factors that support his point of view. One of the most curious has to do with the expected participation of women. When this part of the investment population joins in with all its potential, the results will be remarkable, he believes.

Draper is a veteran investor in the technology sector and has successful bets such as Tesla, Skype and Baidu. In addition, in 2014 he bought nearly 30,000 bitcoins seized by U.S. authorities from dark web marketplace Silk Road. That purchase was valued at about $18 million at the time.

Like all heavyweight investors, Draper has had hits and misses in his bets and forecasts. However, in the case of BTC’s price he seems firmly convinced. “I expect a flight to decentralized, quality cryptocurrencies like bitcoin, and for some of the weaker coins to become relics,” he added.

Not all market experts agree that the value of the pioneering digital currency will rise to such limits, at least in the short term. From the current price of about $17,000 to $250,000, bitcoin would have to rise by 1,400% within 6 months.

The price of BTC will soon go belly-up

At the other end of the forecasts, the coin created by Satoshi Nakamoto is said to have a 40% drop from the current price. That is the view of veteran Mark Mobius for whom the coin’s value will reach as low as $10,000. Although this is one of the most pessimistic predictions, some believe it is more likely that the coin will get there than that it will regain its historical high.

“Appearances make a drop in bitcoin’s price for next year more credible.”

“With higher interest rates, the appeal of holding or buying bitcoin or other cryptocurrencies becomes less seductive, as just holding the currency doesn’t pay interest,” Mobius told the same portal. Thus, in this expert’s view, the cryptocurrency will move according to the tide of the Fed’s measures. In other words, if benchmark indexes rise or fall, so will digital currencies.

In keeping with that point of view, it should be brought up that recession would arrive in the coming months to the U.S. economy. Consequently, during these periods of contraction, the S&P 500, historically, tends to move into negative territory. Recently, Bank of America warned of a further correction in the markets from early 2023, which would be as much as 20% from the current point.

The view that the recession and the new market downturn in 2023 will drag down the price of BTC is shared by Standard Chatered. According to specialized media, experts at that firm expect the performance of the pioneering digital currency to be worse in 2023. This is a statement to keep in mind, given that the crypto market had a terrible 2022 and it is hard to imagine a worse year. However, there are analysts who think that the downturn has not reached the bottom.

Strong criticism of the system

Draper believes that the nature of fiat money is counterproductive for people. That means that an alternative like bitcoin will not take long to manifest its full potential. The ability to bypass third parties when making transactions will make the digital currency one of the most valuable treasures for consumers.

“Centralized fiat management is erratic. When a politician decides to spend $10 billion, each dollar is then worth 82 cents. Then the Fed needs to raise rates to offset the spending, and those arbitrary centralized decisions create an inconsistent economy,” he said. He added: “When people can buy their food, clothing and housing in bitcoins, they will have no use for the fiat dollars of centralized banking.

The debt buying and federal stimulus translated into trillions of dollars thrown into the economy. With interest rates near zero and a Federal Reserve with terrifying patience, the conditions were ripe for an inflationary surge. The highest inflation in 40 years had to be met with a tight monetary policy of rising interest rates.

Such a scenario leads household budgets to fall in terms of purchasing power and then towards an expected rise in the unemployment rate. Cryptocurrencies were born precisely to get people out of that vicious circle of centralized institutions.

Although the price of BTC suffers from high volatility, the hope remains that massification will turn it into people’s refuge during crises. The moment the digital currency reaches that status, its scarcity will allow it to acquire a value of great dimensions. This is a scenario that could happen in the future, so Draper’s six-month predictions do not seem very convincing.

This is how the price of BTC is at the moment

Last November 30, bitcoin recovered slightly and moved to the $17,000 per coin border. Since then it has held up until the time of writing. The fall of FTX and all the cataclysm it is unleashing on related companies like BlockFi, Gemini and Genesis becomes the main source of fear.

The uncertainty of how many more companies will go bankrupt keeps investors’ interest low. If there is no more gaudy news in that market and if the Christmas rally in the stock market occurs, it is possible that the price of BTC could venture towards other psychological barriers. It should be kept in mind that next December 14 the Federal Open Market Committee (FOMC) will announce the next rate hike. Everything points to a moderation, which could give new hope to stocks and other assets.

Other digital currencies are no better positioned than bitcoin. For example, BNB, the Binance coin, suffers a shakeout after recent thefts. Over the past seven days, its value has plummeted -6.4%. Over the same period, bitcoin rose 3% and Ether 5.1%, according to Coingecko data.

Some crypto investors have their sights set on options from outside that market. As puzzling as it may seem, some of the potential investment options are within the tech sector. Although the Nasdaq is the only one of the three major benchmark indexes in a bear market, within it there are spot cases of stocks that promise growth by 2023.