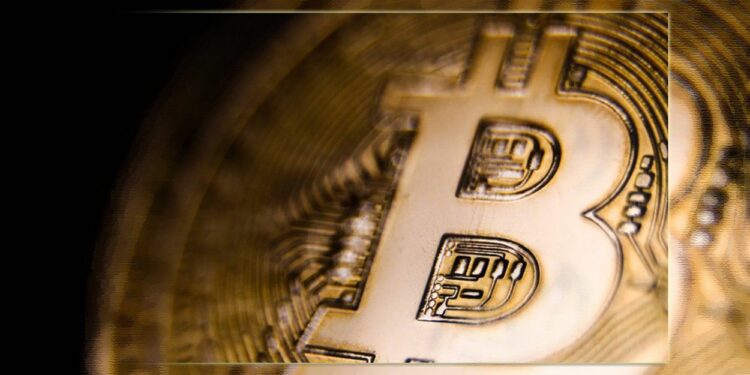 During his participation in the podcast Bitcoin Takeover podcast, the developer of that currency, Peter Todd, gave an opinion about the future. For him, the existence of only 21 million coins is not a very attractive option for the digital mining business. This scenario, although distant, would discourage miners, which would make the network more vulnerable.

According to the founding document of this coin, created by Satoshi Nakamoto, the total issuance is 21 million units. Once the last of these coins is mined in the year 2140, the miners’ earnings will be based strictly on the commissions charged by the network for transactions.

The aforementioned developer believes that such a scenario will not be profitable at all, as second-layer solutions change everything. In other words, Lightning Network has high scalability, which would bring the value of commissions to the floor and, with them, the profitability of the business for miners. The solution to that problem of the future would be in “tail issuance” to maintain a higher coin flow for miners.

Is it possible that bitcoin will become inflationary?

The limited amount of coins is one of the main attractions of BTC to aspire to be a store of value in the future. But that would be counterproductive in the long run for the stability of the network, opines the aforementioned bitcoin developer. No one would want to invest in mining for little return because of the low commission price, he believes.

On the other hand, if there are always coins to be mined, investors’ objectives change and competition is guaranteed to strengthen the network. In that sense, the expert believes that a fixed issue of the coin could be 0.1% per year. With such a low percentage there would be no major problems for the network in his opinion.

With this consideration, which has never been officially proposed, the developer believes that there would be many benefits. Among these, the profitability for the miners, the security of the network and a very low existence of coins, considering that the issuance would be very low. However, making the issuance infinite would go against the original creation and the coin would have a radically opposite nature.

Either way, the fact that bitcoin is an inflationary currency (as this developer aspires) and not deflationary, as it is now, does not please everyone. Other developers of the main currency’s network consider that the blockchain would have no problem with miners charging for transactions.

Bitcoin will be massive by the year 2140

One aspect highlighted by the developers who defend the limitation in bitcoin quantity is that it is not possible to propose current solutions for future problems. It will be 120 years before the debate between the need to mint more bitcoins or not begins, if it takes place at all. By that time, the pioneering cryptocurrency should be in mass use.

“The bitcoin tail issuance would be similar to what the Monero cryptocurrency has in place to reward its miners.”

In that sense, transactions would not be the few seen now, but tens of billions in an overcrowded world. The fact that they are low commissions would be offset by the crowd, which would guarantee the profitability of the mining business. In addition, the network would be more stable, since by charging commissions, miners would not miss any transactions when assembling blocks, stresses developer ZmnSCPxj quoted on CryptoNews.com.

At the other extreme, the fact that bitcoin ceases to have a limited number does not mean that it will cease to be scarce, explains the developer. For this reason, he speaks of a controlled issuance. “Tail issuance also implies a fixed supply.” He adds that by this he means the coin would have a fixed inflation rate, “so you know that the actual number of coins produced per block increases slightly over time.” He states that this is also a fixed supply.

He compared that possibility to the current operation of the privacy coin Monero. That cryptocurrency has a controlled issuance that ensures miners can have income from newly minted coins. With that, the problem of depletion would be solved. It is worth noting that in Monero the mining process is less expensive if compared to Ethereum’s BTC or ETH.

How do you know the issue date of the last BTC?

The way bitcoin works was carefully prepared by the mysterious Satoshi Nakamoto. Studying its architecture in detail, it can be concluded that the cryptocurrency is a work of programming art. The creator took into account even the smallest details before officially launching his proposal to the public.

Thus, even the exact date of issuance of the last fraction of the 21 million coins created is known. This is due to two of the most particular functions of the blockchain of this currency: difficulty and halving. In that currency’s network, miners use their computing power (hashrate) to solve mathematical puzzles to reach a block of transactions. These puzzles are designed to be solved within approximately 10 minutes.

Difficulty adjustments occur every 2016 blocks. With this modality, it is guaranteed that no matter what happens, the blocks will be processed every 10 minutes. The other link in this process is called Halving.

The halving of the bitcoin network

The halving of the bitcoin network is one of the most interesting phenomena of that blockchain and among miners it is considered as a demon. As its name suggests, this process is responsible for cutting miners’ rewards in half.

In simple terms, for each block mined, the network pays a certain amount of bitcoins, for example 6.25 coins, which are distributed among the miners who processed the block. However, that reward amount will not always be the same given the deflationary qualities of bitcoin. Thus, that reward is cut in half every 210,000 blocks, which is equivalent to a period of approximately four years.

Data plus data minus, with halving and network difficulty it is determined that the bitcoin mining process will last until the year 2140. Without these two important tools, all bitcoins would have been mined during the first years of the currency’s existence. In short, every 10 minutes a block is mined and every 4 years the reward for each block is cut in half due to the fact that there are only 21 million coins for everyone and they must be stretched over 120 years.

“Developer Peter Todd believes bitcoin has a better future if it adopts an unlimited issuance model.”

The process of diminishing rewards and competition from miners for blocks makes the coin increasingly scarce. In turn, that scarcity makes it more valuable as time goes on. In the future, when BTC becomes a mass phenomenon, if every one of the world’s top 30 billionaires wanted to own one, they simply couldn’t, given that only 21 million exist, many of which have been lost forever in forgotten wallets.

Whoever manages to collect a BTC now and keep it until the not too distant future, will become a holder of one of the most valuable assets on the planet.

With the latter in context, the odds of tail issuance damaging the entire bitcoin valuation process would be very high. Having hoarded an asset with infinite issuance is not the best store of value. Probably, by the year 2140 the last gram of gold on the planet will have been mined, which would make the golden metal unquestionably superior to the digital currency created with such care by Satoshi Nakamoto.

Instead, with the unchanging issue of 21 million, any fraction of the coin by those dates would be priceless. One satoshi (the smallest fraction of a BTC) would probably be equivalent to the value of one BTC today. Therefore, to think that commission rewards would be unprofitable would surely not make sense.

Either way, this is a debate for the future. By then, it will be known whether or not there will be a consensus to change the issue. The decision is likely to be made by an artificial intelligence capable of better predictive analysis than any bitcoin developer.

For people who believe in the future value of the currency, there are several safe investment options. Below are some ideal platforms for buying fractions of bitcoin and other cryptocurrencies.

Before bankruptcy, FTX spent millions on properties in the Bahamas