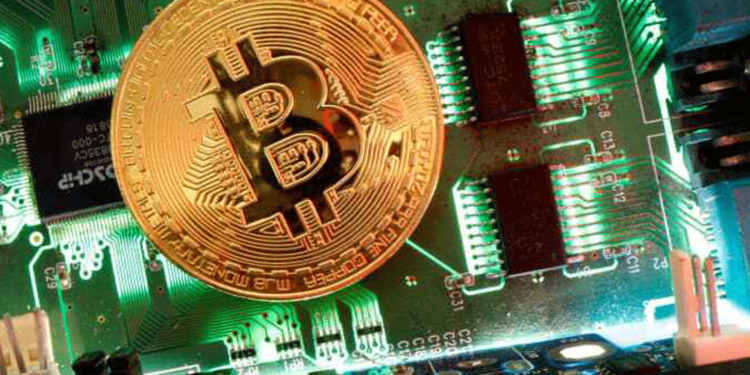 The Bitcoin (BTC) price retreated again on Thursday after the U.S. Federal Reserve (Fed) announced further interest rate hikes and investor concerns about the contagion effect of the collapse of the FTX cryptocurrency exchange remain elevated.

On the other hand, Ethereum, which also hit a more than one-month high of 1,350 USD on Wednesday, also fell. At the same time, the world’s second-largest cryptocurrency was trading at USD 1273.86.

The fall in cryptocurrencies came immediately after the Fed announced a further interest rate hike by 0.5 percentage points. This is the highest level reached by benchmark rates in more than 15 years.

During the announcement, Fed Chairman Jerome Powell predicted more hikes next year. The fall of cryptocurrencies was followed by the collapse of stock prices which also depreciated.

As is known, the price of BTC is closely correlated with the movements of US stock indexes. Especially with the technology index, the Nasdaq. That is to say that when the technology stock market goes up or down so does BTC.

The U.S. central bank began fighting a tough battle this year against the high inflation that came as a result of pandemic financial stimulus. To try to nip the problem in the bud, the Fed has made the cost of money more expensive in hopes of slowing economic activity.

So far inflation has remained very high, although it has shown signs of slowing in the last two months. The Federal Open Market Committee approved a half percentage point increase in the overnight lending rate. The rate is currently in the range of 4.25% to 4.5%.

Powell not only announced the interest rate increase, but also stated that the agency expects to continue to maintain higher rates next year, with no intention of reducing their level until 2024.

Another element that is weighing on the price of Bitcoin and other digital assets is investors’ concern about the negative consequences of the unexpected fall and subsequent bankruptcy of cryptocurrency platform FTX.com.

The collapse of the company founded by Sam Bankman-Fried triggered an earthquake in the crypto market. Binance CEO Changpeng Zhao exposed his former partner by starting to liquidate his FTT holdings and referring to the Coindesk article describing the company’s financial situation.

Bankman-Fried is being held in the Bahamas on criminal charges by U.S. federal prosecutors. He has also been denounced and sued civilly by U.S. regulators.

FTX is accused of fraudulently commingling funds deposited by clients with assets of FTX’s sister company, Alameda Research. The hedge fund created by Bankman-Fried was used to leverage FTX’s loans. But it was also used to cover the lavish personal expenses of the managers of both companies.

According to disclosures made by the company’s current CEO, John J. Ray, to lawmakers that what he did at FTX “is really old-fashioned embezzlement.”

Separately, Binance, the world’s largest cryptocurrency exchange and FTX’s former rival, also came under pressure this week after halting withdrawals of the Circle USDC stablecoin. Investors were worried fearing that the company was also in trouble.

Fortunately, Binance was able to resume withdrawals after keeping about 8 hours the service paralyzed. The crypto winter, which has already wiped several DeFi companies from the crypto space, has become more raw after the FTX disaster. It has also revealed that no company is safe from the crisis the industry is experiencing.