Bitcoin falls to a 2-year low and cryptomarket loses $1.4 billion

After the collapse of FTX.com the cryptocurrency market continues to lose value this year. 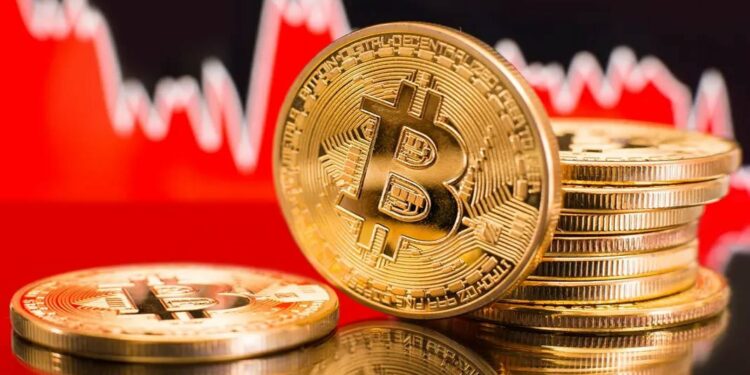 Bitcoin (BTC) fell to a two-year low on Monday afternoon (GMT-4) amid the severe crisis suffered by the cryptocurrency market. The world’s leading cryptocurrency plunged to $15,480, but hours later was able to recover part of its price

This is the lowest level reached by BTC since November 11, 2020, according to data from CoinDesk. Since that moment, the digital currency managed to climb towards its all-time high of 68,000 USD, reached in November 2021.

In the last 24 hours the cryptocurrency has been fluctuating from that low and on Tuesday at 11:26 am it was trading at approximately 16,206.13.

The cryptocurrency sector has been under gigantic pressure this year due to external and internal factors. On the one hand, the U.S. Federal Reserve’s change in monetary policy to try to control inflation hit high-risk assets.

Then, the collapse of crypto projects such as Terra USD and the collapse of companies in the sector due to insolvency and cash crunches caused a stampede of investors who rushed to sell their holdings collapsing the price of cryptoassets.

So far this year, $1.4 trillion has evaporated from the cryptocurrency market. Now the liquidity crisis caused by FTX, has exacerbated the problems that had already been dragging the industry down.

Such problems in the digital assets industry seem to have no end. In fact, global regulators and many investors are beginning to express their concerns about the viability of the sector.

FTX’s troubles began when Binance CEO Changpeng Zhao announced the sale of his holdings of FTT, FTX’s native token. In less than 72 hours what had been considered a model of a thriving crypto industry company valued at $32 billion, fell into bankruptcy.

The collapse came after the stampede caused by revelations about the company’s balance sheet and Zhao’s resignation to help the troubled exchange financially. Instead, he contributed to its collapse.

And to finish off the company’s plight, a group of hackers stole about $477 million in cryptocurrencies from FTX. Most of the funds were converted into Ethereum tokens.

Then the hackers have been trying to launder the stolen money and are converting it into bitcoin. The massive sale of these funds in Ether has caused severe pressure on the cryptocurrency causing its price to collapse. Ether was trading late Tuesday morning at 1,125.13 with a loss of 0.74% on the day.

In general, the prices of all digital assets are following a downward trend. Large institutional investors have not only lost their confidence in cryptocurrencies. But they also fear that the fall of FTX will cause a contagion throughout the industry and cause a domino effect.

Since TerraUSD collapsed shocking the entire global crypto community and caused the collapse of major firms like hedge fund Three Arrows Capital, the crisis has only deepened.

Now it is feared that also cryptocurrency trading platform Genesis Global Trading will file for bankruptcy due to the cash problems it is facing. Binance which recently announced a bailout fund for troubled companies has refused to come to the aid of Genesis.

Company officials told investors that the risk of filing for bankruptcy is present if they can raise the $1 billion they need to avoid bankruptcy. Although the company made it clear that it would not file for bankruptcy immediately.

Last week the crypto lender decided to temporarily suspend withdrawals and the issuance of cryptocurrency loans, claiming it is facing “abnormal withdrawal requests” following the collapse of FTX.

Financial data from the company indicates that at the end of the third quarter of the year, the company had around $2.8 billion in total active loans.

The truth is that the year is not over yet and more negative news related to the cryptocurrency industry is expected. The process of purification and selection, not necessarily natural, which is generating the crypto winter, continues its relentless course.