On Wednesday it became known that Tesla sold the vast majority of its bitcoins during the second quarter of the year to solve liquidity problems. 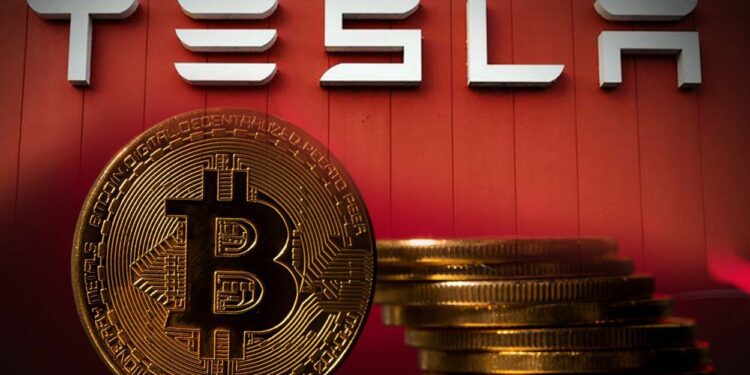 The news that Tesla had sold 75% of its Bitcoin holdings had a minimal impact on the price of that digital currency. An event of such magnitude was supposed to create chaos in the entire crypto market considering the impact of 2021. Back then, the purchase of cryptocurrencies by that company catapulted the value of bitcoin. Likewise, the announcement that Tesla would no longer accept the currency as a form of payment sent it plummeting.

But now such a price movement did not happen even though the sale was equivalent to nearly $1 billion in sales. Probably, Tesla CEO Elon Musk’s attitude had something to do with the cryptocurrency’s value remaining relatively stable. The tycoon said that the sale did not come as a change of perspective from him toward the reigning cryptocurrency.

On the contrary, he stated that he deeply believes in the future of those assets and that the possibility of buying again was not closed. In any case, the company’s internal circumstances would have forced him to make that decision to sell. “It was important for us to maximize our cash position,” the billionaire expressed during the earnings results conference call.

While Tesla’s coin sale did not have a colossal impact on the price of Bitcoin, the reaction was negative nonetheless. The largest of the digital currencies in market capitalization had been recovering considerably during the last hours. Its value reached over $24,000 dollars per unit.

However, the news of the sale caused it to fall below the $23,000 barrier. It then surpassed it again and, at the time of writing, the price is at approximately $23,100, according to Coingecko’s data. Other major currencies in that market saw more pronounced negative movements.

Such is the case with Ethereum’s Ether. The largest of the altcoins dropped below the $1500 barrier only to regain it again hours later. At the writing of this note, its price is $1570 per coin. Tesla’s report could be considered as a breakout moment that made these assets lose the momentum they were bringing along with the growth of the U.S. stock market.

Going forward, it will all depend on Bitcoin’s price movements in the coming hours to determine whether the uptrend will continue. Prior to the announcement by Elon Musk’s company, the coins’ rise was considered by some analysts to be a “bear trap.” This means to a bullish bounce that interrupts the current market-wide downtrend, which is set to continue.

As highlighted above, the attitude of Tesla’s CEO was also influential in minimizing losses in the crypto market. During the aforementioned earnings conference, the tycoon expressed that the door was open to additional bitcoin purchases in the future. The latter he remarked after stating that the bitcoin sale was not of his own volition.

“We are certainly open to increasing our holdings in bitcoin in the future, so this should not be taken as a verdict on bitcoin. It’s just that we were concerned about the overall liquidity of the company,” he remarked. Similarly, he referred to much of the automaker’s cash problems being linked to covid in China.

The businessman’s clarification could have worked as a cushion for the price of Bitcoin. It should be noted that the statement makes sense. Since March, the Chinese authorities implemented a large-scale shutdown in the city of Shanghai, where one of the company’s four electric car production plants operates.

As a result of the authorities’ measures, the Gigafactory was forced to close its doors, which adversely affected production. So severe was the drop in production that the company was overtaken by local rival BYD. As reported by INVESTOR TIMES, during the first half of the year, BYD shipped 641,350 cars, while Tesla was left with 564,743.

A likely positive view of the market

The correlation between bitcoin and risky stocks, specifically Nasdaq, seems to be a source of safety for many investors. Notably, the Federal Reserve’s (Fed) measures to curb inflation in the U.S. are viewed optimistically by important sectors. That is reflected in recent rises in the major indexes.

“Much of the market is confident that the Fed’s measures to curb inflation will be successful.”

As stocks regained ground, with them so did major cryptocurrencies. That way, if markets continue to rise, digital currencies probably will, regardless of whether momentum is circumstantially slowed. One such fortuitous event is Tesla’s announcement that it has sold nearly $1 billion in Bitcoin.

The Bitcoin price pullback would actually be affected should there be an eventual stock crash due to a Fed-related event. It should not be lost sight of the fact that at the upcoming Federal Open Market Committee (FOMC) meeting on the 26th and 27th of this month, the interest rate will most likely be raised by 75 basis points and not 100 as some had feared.

Such a move could even be by 50 basis points, given that there is a strong possibility that inflation will decline in July. During this month, energy and fuel prices have retreated from June, which bodes well for a significant drop in CPI. With that, a rise of a full percentage point seems far-fetched, according to analysts consulted in Yahoo Finance. Such a scenario could bring good news for the entire market, including the cryptocurrency market.

Another of bitcoin’s maxims, is that this currency has mechanisms to cushion falls. One of the most important has to do with the difficulty of the network to process blocks. Without going into the technical details of this blockchain, it is worth noting that lowering the difficulty makes the business more profitable for miners.

This Thursday, the network slowed down in complexity with a drop of more than 5%. That translates to it now being easier and more profitable to mine. By being more profitable, miners sell fewer coins to cover their operating expenses and increase their savings. In addition, the last three difficulty adjustments have all been downward.

While this means the exit of play for many miners, it would also translate into good news for the price of Bitcoin. Miners are one of the most esteemed pieces in the basis for analyzing the value of the most popular cryptocurrency. Network complexity adjustments occur every 2016 blocks and move according to the hashrate status.

The fall in the price of cryptocurrencies, coupled with the momentum with which the mining business had been growing in the world, led directly to a purge. As complexity increased from the end of 2021 and with bitcoin in a bear market, many miners were driven out of the business, as the costs of maintaining their farms were higher than what they produced. That “Darwinian” cycle leads again to a drop in hashing and complexity, which is now expressed.

Among the most outstanding reactions to Tesla’s sale of 75% of its bitcoins was that of Justin Sun. This is one of the most controversial figures in the crypto market and head of the Tron chain. The entrepreneur said that the sale of bitcoins by the electric car company is “great news” not only for bitcoin, but for the entire crypto ecosystem.

First of all, he explains, it demonstrates the great ability of cryptocurrencies to provide liquidity to companies. Because of this, “we believe more large companies will buy in the future. Kudos to Elon Musk,” he wrote on Twitter. On the other hand, the move takes a huge burden off the shoulders of crypto market investors.

By the latter, he is referring to Musk’s influence on the price of Bitcoin and other digital currencies. Now, without those coins under the dependence on Musk’s mood swings, the uncertainty of whether or not he will sell them decreases. Thus, from now on the market no longer has to worry about what Tesla will do, he highlighted.

At the other extreme, Sun stresses that the downside of this is that bitcoin mining is a source of environmental pollution. In his view, there are bitcoins that work with a different mechanism, which is completely environmentally friendly (PoS). However, it should not be overlooked that multiple researches determine that digital mining is moving rapidly to generation with clean sources of energy.