Experts from Russia are working on a parallel platform to the global payment messaging network (SWIFT) based on the blockchain. 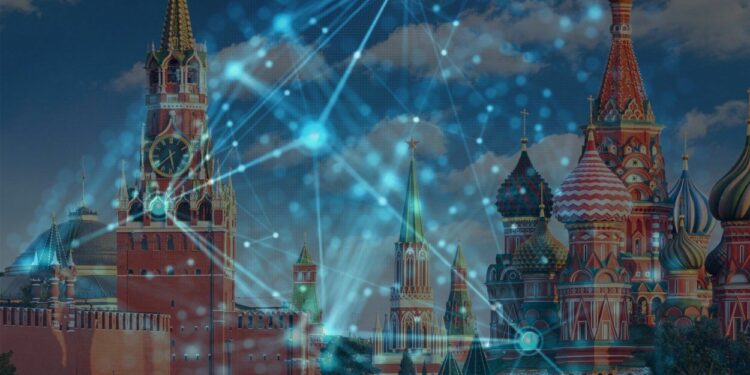 The outbreak of hostilities between Ukraine and Russia was worth for the second of these countries to be the target of multiple sanctions. One of the strongest was the blocking of Russian banks from the global payment messaging network (SWIFT). Moscow has reacted with different alternatives to that blow and the latest of them is based on blockchain.

It is a project carried out by experts from the Competence Center of the National Technological Initiative of St. Petersburg State University. It aims to become a real alternative to SWIFT, setting itself up as a completely neutral interbank payment system. In this way, no member could be excluded for reasons of ideology or political approaches.

To this end, the developers relied on the blockchain, which enables completely decentralized data management. As explained by the project managers, the platform is ready for use in the test phase. The first tests involving local banks in the Eurasian country will begin shortly.

The blockchain is emerging as an alternative to SWIFT

Regardless of the realities linked to the war in Ukraine, what is evident is the power of the new technology. The interest shown in blockchain may lead it to become a real solution to the problems of the old centralized institutions. Its qualities of security, transparency and fairness could make it a very useful tool.

In the meantime, Russian developers announce some details of their project. “The pilot version of the decentralized interbank financial messaging system is ready for testing and can be used in banks,” they explain quoted in local media. The great advantage of this new proposal, is that it is sheltered under the powerful distributed blockchain technology, they highlight.

For his part, the director of the initiative, Alexander Kireev, affirmed that considerable preliminary tests have already been carried out. In all of these, the platform would have performed acceptably and would already be ready to move to the next stage with real banks. Among the capabilities, the specialist said that scalability exceeds 25,000 messages per second on one node.

Similarly, the capacity of this blockchain alternative to SWIFT could be increased in the future, according to Kireev. The platform would have the ability to scale and integrate new financial institutions from anywhere in the world. The Russian authorities are taking a keen interest in the development of this type of project in order to find mechanisms to circumvent Western sanctions.

It is impossible to disconnect participants

Another feature that stood out of the platform, is that in it the participants will have equal power and rights. In such a way, no one can disconnect another based on political or ideological differences, as happened precisely to Russia, says the University. The blockchain, from this point of view, would have corrective qualities.

The futuristic technology would enable more robust, secure and reliable financial messages, the platform’s creators point out. Also, in the financial payment network created by the St. Petersburg institution, private and state-owned banks that want to do business with Russia and other countries sanctioned in traditional mechanisms could participate.

With the help of blockchain, important alternatives are emerging. This is spoken in the plural, since this project is not the first of its kind designed to replace the global SWIFT payment system. The first of these was recently created by the technology giant Rostec. This company announced its platform last June and aimed to facilitate business between Russia and its trading partners.

On the other hand, alongside the blockchain, there are also other Russian projects that are used as an alternative to SWIFT. The most prominent of these is the System for Transferring Financial Messages (SPFS). It is to be taken into consideration that this is more traditional (technologically speaking) and was created in the middle of the first phase of tensions between the Kremlin and the West in relation to Ukraine in 2014.

By that time, civil war broke out in Ukraine and three provinces broke away from that nation. Among those was the Crimean peninsula, which became part of Russia since that year. The other two were Lugansk and Donetsk, which proclaimed themselves independent republics.

Blockchain technology is highly effective in fulfilling the missions entrusted to it by whatever programming they have. In that sense, it can serve the most philanthropic purposes as well as the most sinister ones. That situation is due to the fact that it is a decentralized technology and one of the few or probably the only truly unbiased of all those in existence.

“The blockchain is not a bad or good technology. It is one of the most unbiased developments in history.”

As a result, different countries and institutions put it to uses that suit their short- or long-term interests. The United States, the European Union and other Western nations rely on it for large-scale projects in data and payment systems. At the other extreme, countries not very similar in perspective to the West, such as China or Russia itself, see blockchain as something very useful for their own projects.

In that way, blockchain is presented as a vehicle, i.e. an intermediary between states and their targets. If one could qualify bad guys and good guys, one would have to point precisely against the latter and not against the technology that simply acts as a messenger.The fact that Russia wants to meet its objectives with blockchain is a matter for Moscow and not for blockchain.

If the Kremlin manages to dodge sanctions with these new blockchain-based platforms, it will not be the fault of the technology. The issue will be that the new technologies are moving towards decentralization and leaving behind the old technology structures based on the power of a few players, which have decision-making power over who can participate in them and impose terms.

Internal use of cryptocurrencies banned

Parallel to the use of blockchain for foreign trade purposes, Russian authorities want nothing to do with it behind closed doors. Recently, it became known that the country’s president, Vladimir Putin, signed a decree banning the use of cryptocurrencies as means of payment for domestic trade.

The Prime Minister’s decision comes after a long debate between representatives of the government and the central bank. The visions of both sides were full of contradictions of perspective about the benefits and dangers of digital currencies for the financial system of the Eurasian country. Nevertheless, Putin’s voice was needed to settle the issue.

It should be taken into consideration that Russia is one of the countries (second according to the UN) with the highest use of cryptocurrencies by its inhabitants. In the same ranking, they would share the podium with Ukraine and Venezuela. As reported by INVESTOR TIMES, 11% of Russian citizens use cryptocurrencies to trade or save. Meanwhile, the other two nations have 12.7% (Ukraine) and 10.3% (Venezuela).