Bob Iger promised shareholders and employees to do a thorough analysis of Disney's costs. 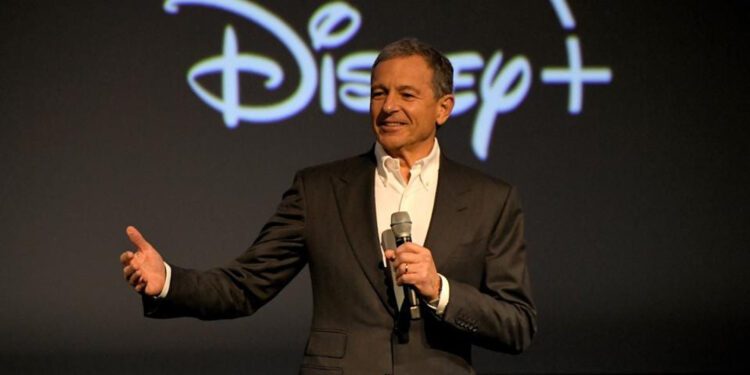 Last week, Bob Iger took over as CEO of The Walt Disney Company and already announced that he will closely evaluate costs to increase profits in his first meeting, the Financial Times reported.

“We should not seek subscriptions through aggressive marketing or by aggressively spending on content, but we should seek profitability,” said the company’s new CEO in the first meeting with workers, according to the information provided by the English media.

“To achieve this goal, it is necessary to conduct a detailed analysis of our business cost structure,” said the man who was in the same position for more than a decade before the arrival of Bob Chapek.

The profits recorded by Walt Disney’s streaming services, including Disney Plus, Hulu and ESPN Plus, show a dramatic shift in investor thinking in 2022 about the high costs of chasing customers.

Iger and his return to Disney

The former CEO, the aforementioned Chapek, was fired just days after the world’s largest media and entertainment conglomerate posted a Wall Street loss of more than $1.5 billion in its transition to the latest fiscal quarter.

Following the poor results, Chapek himself stated that Disney would begin to adopt cost-cutting measures, including cutting headcount.

Paradoxically, he was one of those who saw the exit.

LigthShed member Rich Greenfield noted that investors thought the former CEO’s goal of surpassing 140 million subscribers on Disney+ in the next two years was too aggressive.

Iger, who has signed a contract through 2024, said he sensed a sense of need to return to the position he held for a decade and a half. “There’s a lot of work to do, and it needs to be done quickly,” he explained.

Iger told workers that his return to the company was an easy decision to make and joked that his wife insisted he accept the offer because it would take him away from his political intentions, a growing ambition for the businessman, according to a source who was present at the meeting.

The new CEO, who had led the company through major acquisitions of Marvel and Pixar, said he had no interest in new buyout deals at this time.

During the meeting, which was attended by about 100 employees and others online, the CEO answered different questions about the company’s role in politics and diversity, especially after the former CEO had difficulty handling the strong reaction about his views on Florida.

Iger avoided these questions, asserting that diversity is a top priority and that the company could not please everyone all the time.

But he also noted that Disney’s involvement in politics can become a distraction at times.

Iger also mentioned to low morale at the company, which was affected by declining stock prices and high-profile controversies. “I’m aware that it was a very draining time and a lot was asked of them.”

Iger moved quickly to calm the company’s creative divisions, some of which have been weakened during Chapek’s leadership.

In his first week as CEO he assured that he would eliminate the management structure implemented by Chapek that took control of budget and distribution away from studio heads.

“Every operation that goes on in this company is steeped in creativity and, for this reason, it is my top priority,” the new CEO added.

“It’s my goal to give the creative companies back control and responsibility for the things we create,” he said.