Thinking about buying Cardano? Here are 5 things to know before you invest 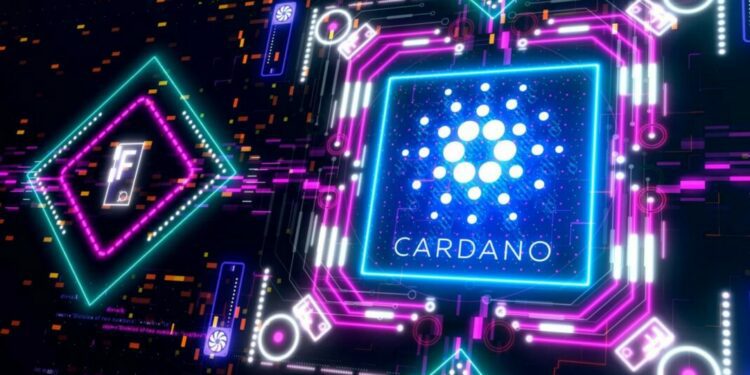 One of the most promising developments in the cryptocurrency ecosystem is Cardano and its ADA token.

This can be noticed in this phenomenon: both its advocates and its critics agree that it is one of the projects linked to decentralized finance with the most potential in the long term.

Those who recommend buying Cardano point to three arguments: it was born in an academic environment (key in terms of scalability and security), it has a large community behind it (which ensures demand and, consequently, price) and it is not centralized (vital when not depending on organizations that can be regulated).

In fact, it is said that investing in Cardano is betting on a third-generation blockchain that will reach – and may even surpass – more mature developments, such as bitcoin or Ethereum.

Where does Cardano come from and what is its context?

To summarize, Cardano is a public and open-source blockchain. Moreover, it is a platform where you can deploy smart contracts.

The entire project is being monitored by a company focused on blockchain technology (IOHK) and by the Cardano Foundation. The formation of both involves Ethereum co-founder mathematician Charles Hoskinson. Cardano is headquartered in the city of Zug, Switzerland.

Also part of the “trilogy” behind Cardano is a company from Japan called Emurgo, which has become its largest private investor.

Ah, an interesting fact for those who like to learn about the origin of digital currencies before investing: the name is due to the mathematician Gerolamo Cardano, an Italian who published the first works related to modern algebra.

ADA, the token name, is named after Ada Lovelace, who is considered to be the first female programmer in history.

Before buying Cardano: What are its virtues?

1. A solid project based on research

Those who recommend buying the currency founded by Charles Hoskinson as an investment relies on the benefits of its open-source code, on the flexibility and simplicity to carry out transactions, and on the consistency of a project that has planned updates that it only implements after solid testing.

In fact, in October 2021, Cardano expects to roll out its smart contracts functionality, an upgrade dubbed Goguen. This was announced by IOHK, the company that is one of the pillars of the development and driving the blockchain updates forward.

Beyond the announcement, it would not be a surprise if the update is delayed, because, since its birth in 2015, Cardano has always moved cautiously, adding functionalities slowly and after much research and all kinds of tests.

Once updated, it will be able to compete with the other third-generation blockchains, such as Solana, Avalanche, Tezos and, its biggest competitor and predecessor, Ethereum.

2. A cryptocurrency in ceaseless evolution: the 5 phases of Cardano

Cardano was developed (strictly speaking, is being developed) as a project in stages (eras or phases, they call them internally): Byron, Shelley, Goguen, Basho, and Voltaire.

In each one, the network has been adding functionalities with the idea of advancing, step by step, in a robust proposal that generates confidence in investors.

Currently, it is in the Goguen phase, one of the most relevant for the blockchain because, as we explained before, it will add support for e-contracts (electronic contracts or smart contracts) and native tokens. In addition, it will allow the construction of a DeFi system on the same Cardano network.

From its inception, Cardano has been developed in a programming language considered the most secure in the world, Haskell. It is used in its systems from Facebook Inc. and AT&T to NVIDIA and Microsoft.

By definition, Cardano is a platform for trading via smart contracts with a 100 percent scientific approach. Its main objective is to be able to execute an almost unlimited number of financial transactions in a flexible and secure manner.

The Cardano support network will enable the development of e-contracts and decentralized applications, as well as the programming of DeFi (decentralized finance) applications. These dApps could be used by individuals, companies, non-profit organizations, and states around the globe.

In fact, the Ethiopian government is already working with IOHK to migrate its education system to a Cardano-developed solution that will allow them to identify students and teachers, digitally manage grades and monitor school performance, reports CoinTelegraph.

4. A founder at the height of a great project

A separate paragraph deserves Charles Hoskinson, who in addition to being the founder of Cardano is the current CEO of IOHK (also known as Input Output), a multinational technology engineering company that offers financial services based on the use of innovative peer-to-peer (P2P) networks for those who do not have access to traditional banks.

Specialized media describe Hoskinson as an “enthusiastic cryptocurrency entrepreneur.” And a not minor tidbit from his bio: he was part of the birth of Ethereum and worked as the head of the Bitcoin Education Project.

He often appears in the media and participates in conferences and presentations related to cryptocurrencies. In one of his latest public appearances, Hoskinson was on Lex Fridman’s podcast, where he tried to convince Elon Musk, the controversial CEO of Tesla, to buy Cardano instead of investing in bitcoin.

This algorithm, called Ouroboros, consumes less energy than that of bitcoin and rewards miners differently, making them partners (part) of the project.

It has three advantages that, for the project’s advocates, are the key to its future success: scalability, sustainability, and interoperability.

Scalability means that the Cardano network can process an almost unlimited number of transactions per second. Some papers talk of more than a million, far more than today’s credit card payment systems.

Bitcoin and Ethereum networks, by contrast, are not scalable and the number of transactions can take long minutes when they become saturated.

The Ouroboros algorithm, by using POS and not POW, does not enable the first-come-first-served (and who must do all the work) but rather incentivizes ADA cryptocurrency holders to be part of the validations in exchange for rewards. This enables the extension of the blockchain.

The third advantage is interoperability between disparate blockchains. Cardano’s ultimate goal is that all tokens from each of the cryptocurrency projects can interoperate with each other over a fast, cheap, and sustainable “highway”.

How has the price of Cardano evolved?

The price of Cardano has evolved this year in a similar way to that of other benchmark digital currencies, bitcoin, and ether, but with higher growths, since it started much lower.

In the same way as the other major cryptocurrencies, ADA followed an upward rally in the first four months of 2021 until it touched its all-time high: U$S 2,309, in the second week of May. That was an increase of 1,900 percent in five months.

Since then, it received the bear market impact that affected the entire cryptocurrency market. Cardano’s price dropped to around U$S 1.25 at the end of July.

A relevant fact is that Cardano is in the top 5 cryptocurrency ranking by market volume and, if the stable coin tether is not taken into account, it is on the podium, only preceded by Bitcoin and Ethereum.

What are the risks of investing in Cardano?

Like any cryptocurrency, investing in ADA, the Cardano token, has the problem of volatility. As we explained before, the asset rose almost 2,000% in a few months, but then its price collapsed by almost 50%. It went along with that of the rest of the altcoins.

No one investing in cryptocurrencies should think they won’t be exposed to the short-term volatility of these assets. Large returns always go hand in hand with large volatilities.

However, with respect to Cardano, there are signs that are more than interesting. For example, the July 2021 purchase of Cardano by Grayscale Investments. The mega fund reported that it included Cardano’s token to its Digital Large Cap Fund (GDLC).

Thus, ADA became the third-largest crypto holding in the portfolio of this large investment fund. GDLC is made up of 67% bitcoin (BTC), 25.4% Ethereum (ETH), and 4.2% ADA. In addition, it has small holdings of bitcoin cash, LTC, and LINK.

How to buy Cardano right now with a regulated broker?

If you want to buy Cardano (ADA), the favorite option recommended by Investor Times is the broker eToro.com, an investment platform used by more than 20 million users, based in London and authorized by CySEC and the FCA (the UK regulator).

Legal and Risk Warning: eToro is a platform that offers CFD and non-CFD products. 68% of retail investor accounts lose money when trading CFDs with this provider. You should consider whether you can afford to take the high risk of losing your money. Cryptoassets are highly volatile and unregulated investment products. They do not have EU investor protection. Your capital is at risk. Other fees apply. For more information, visit etoro.com/trading/fees.

When it comes to buying cryptocurrencies like Cardano, eToro offers us great advantages over its competitors: It is one of the few regulated brokers that we invest in real cryptocurrencies and not in derivative products (such as CFDs, which have higher risks and commissions).

Another important point in favor of eToro is that it allows you to add funds to your account immediately by credit card, Paypal, or bank transfer (among others). Within minutes you can deposit funds and invest in Cardano or other cryptocurrencies.

> Create your free account at eToro.com to buy Cardano <

Legal and Risk Warning: eToro is a platform that offers CFD and non-CFD products. 68% of retail investor accounts lose money when trading CFDs with this provider. You should consider whether you can afford to take the high risk of losing your money. Cryptoassets are highly volatile and unregulated investment products. They do not have EU investor protection. Indicative prices for illustrative purposes. Past performance is not an indication of future results. Trading history presented is less than 5 full years and may not be sufficient as a basis for investment decision. eToro USA LLC does not offer CFDs and makes no representations and assumes no responsibility for the accuracy or completeness of the content of this publication, which has been prepared by our partner using specific information not publicly available about eToro. Your capital is at risk. Other fees apply. For more information, visit etoro.com/trading/fees.

Find the best broker to invest in cryptocurrencies

Legal and Risk Warning: Your capital is at risk. Other fees apply. For more information, visit etoro.com/trading/fees.
Second position – Excellent option for investing and trading cryptocurrencies

Legal and Risk Disclaimer: NAGA is a platform that offers CFD and non-CFD products. 77% of retail investor accounts lose money when trading CFDs with this provider. You should consider whether you can afford to take the high risk of losing your money. Cryptoassets are highly volatile and unregulated investment products. They do not have EU investor protection. Your capital is at risk.