Cryptocurrencies Tezos: Innovation or just another crypto? How to buy? 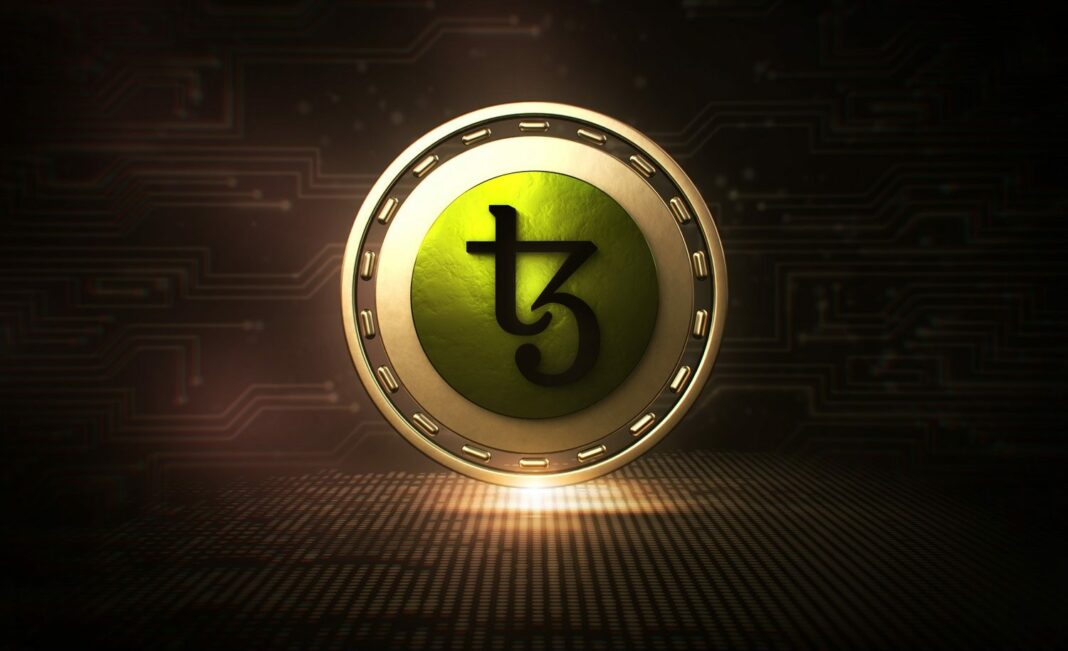 The blockchain Tezos (XTZ) is a network linked to a digital token called a tez or tezzie. Unlike Bitcoin, Tezos is not based on tez mining. Rather it rewards token owners for participating in its proof-of-stake consensus mechanism. In this guide, we explain in detail what Tezos is and what its future holds.

Tezos was created in 2014 by the married couple formed by Arthur and Kathleen Breitman through the startup Dynamic Ledger Solutions, developed for that purpose. Just that year, both the technical paper and the project position paper were published. Although the first exploratory ideas emerged in 2011.

Arthur is an engineer. He was a vice president at Morgan Stanley (2013 – 2016) and a quantitative analyst at Goldman Sachs. He also worked as a portfolio manager for White Bay Group in New York. While Kathleen, CEO of the project, served as senior strategy partner at R3CEV, a distributed accounting startup, and at Accenture.

This “self-modifying blockchain”, starts from a simple concept but, at the same time, has a very complex implementation mechanism. It was born with the purpose of being a unique cryptoasset with its own language. Hence, from the very beginning, many venture capitalists were encouraged to buy Tezos.

Any person holding their XTZ cryptocurrency could propose changes to the rules. If the proposals were approved, then automatically the software would be updated guaranteeing the changes. This would bring profound innovative consequences for the blockchain that would no longer be the same.

How has Tezos evolved since its birth?

The initial coin offering (ICO) of Tezos was successfully introduced in July 2017. At that time the proceeds exceeded $232 million, about 66,000 in BTC and about 361,000 ETH. Thus, it became the largest collection in history. However, subsequent operational delays and legal problems affected its implementation.

Then the Tezos Foundation was created in Switzerland for the launch of the protocol. The organization purchased the proprietary rights to the Tezos blockchain. At the same time, it made a commitment to purchase Dynamic Ledger Solutions. As established in the ICO agreement.

The initial Tezos system sought to reduce the chances of forking its blockchain. That is the creation of two separate cryptos with different prices. The self-actualization of the cryptocurrency within its software generated the so-called “governance blockchain.”

Thanks in part to its unique proof-of-stake mechanism, between October 2019 and February last year, the Tezos price managed to triple to record levels. Buying Tezos has lately become an option for many investors, within the vast crypto range.

From January to May 2021, during the crypto boom, the price of XTZ soared as much as 236%. Although it subsequently declined again along with the other cryptocurrencies. Again its price has been climbing and the predictions for the following months and years are optimistic.

How Tezos innovated in the cryptocurrency ecosystem

Through this process, it was agreed to block XTZs that had special contracts. Thus, users have two options:

The implementation of this novel system required a high level of funding in 2017, prior to the launch of its live blockchain in 2018. Tezos was able to survive the downtrend in cryptocurrencies from its launch until 2020, and it is worth mentioning that today it has corporate “bakers” of the caliber of Ubisoft, one of the most well-known video game companies in the world.

Before buying Tezos: What utilities and functionalities does it have?

The Tezos blockchain has several features similar to those of other cryptocurrencies. Its software can be used to execute smart contracts –similar to Ethereum–and in the design of new programs.

That is, one of the functionalities of Tezos is the development of decentralized applications in order to replicate products and services. However, its voting functions required a different design. So the Tezos blockchain was divided into two parts:.

How does the Tezos LPoS blockchain work?

The Tezos network synchronization uses liquid proof of stake (Leased Proof of Stake – LPoS). This mechanism is a variant of the traditional Proof of Stake (PoS) consensus.

These are some of the highlights of the consensus mechanism:

How do Tezos updates occur?

What are the strengths of Tezos?

If you’re thinking about buying Tezos, these are the biggest advantages offered by this disruptive digital currency:

This is one of the keys to the success of Tezos. Since its birth, it has managed to introduce seven updates to its protocol, unlike ETH which has not been able to do so. Tezos is able to complete updates more quickly and smoothly.

Its previous upgrade in May, Florence, introduced significant improvements over the one that preceded it. Subsequently, the new Gradana update from Tezos in August successfully reduced lock times by half and smart contract gas consumption.

Tenderbake, the eighth update on the way, is an algorithm capable of resolving chain forks after two blocks. Certainly, these innovations have further revitalized the seemingly dormant project.

Eliminating the risk of mining

The operation of POS is different from that of POW. Instead of rewarding miners with unbuilt gas units and approval of new blocks, they are awarded the percentage of native tokens they own.

In other words, the native XTZ or Tezzie token is not minted. Instead, a reward is given to the miner for participating in the POS mechanism. This eliminates the risk of miners attacking the network for the purpose of stealing rewards.

The booming market for NFT and DeFi applications

The blockchain is creating a growing market for non-fungible tokens (NFT). Conscientious users can accord NFT in Tezos, which are more environmentally friendly and take advantage of better fees than its competitor Ethereum.

The interest in Tezos among decentralized financial applications (known as DeFi) lately is very notable as:

Some of its critics say the blockchain has yet to fully satisfy the hype generated since its launch. What is certain is that it is bringing solutions and innovations to the crypto space and to the industry.

Is it a good time to buy Tezos?

Perhaps the best reason to buy Tezos is that it never stops evolving. Its novel voting features have an undoubted appeal to users and bring innovation to the cryptocurrency ecosystem.

The Tezos blockchain is also interesting for some developers who need to launch decentralized applications. As is the case with tzBTC and other projects built on this platform.

Another reason to buy XTZ is portfolio diversification. Especially, investors betting on blockchains in the future will allow participants to earn digital currencies more easily.

The Tezos technology ensures its survival and future success. Not for nothing, McLaren Racing chose it as a multi-year technical partner in Formula 1, IndyCar, and eSports.

The partnership with the blockchain, allows the automotive brand to use the Tezos network to deliver NFT experiences to motorsports fans. Other partners or brands using Tezos’ advanced technology include Red Bull Racing Honda, SmartLink, and Gendarmerie Nationale, among others.

From a technical analysis perspective, we can see that Tezos has been in a clear uptrend since 2019, with obvious support (blue line in the chart above) that it has respected during the last two and a half years.

Currently, Tezos is being pushed by the bullish currents of the crypto ecosystem, heading to test its previous high located at $8.4, approximately. Should this high and upper resistance be broken, Tezos may initiate an explosive bullish run in search of new highs.

How to buy Tezos right now with a regulated broker?

If you want to buy Tezos (XTZ), the option recommended by Investor Times is the broker eToro.com, an investment platform used by more than 20 million users, based in London and authorized by CySEC and the FCA (the UK regulator).

When it comes to buying cryptocurrencies like Tezos, eToro offers us great advantages over its competitors: It is one of the few regulated brokers that allows us to invest in real cryptocurrencies and not in derivative products (such as CFD, which have more risks and much higher commissions).

Another great advantage offered by this broker is that it allows you to add funds to the account instantly by credit card, Paypal, or bank transfer (among others). In a few minutes, you will be able to deposit funds and buy Tezos or other cryptocurrencies from its wide catalog.

> Create your free account at eToro.com to buy Tezos <