The Chinese manufacturer outsold the American powerhouse during the first six months of 2022. The outcome of this battle is more than promising. 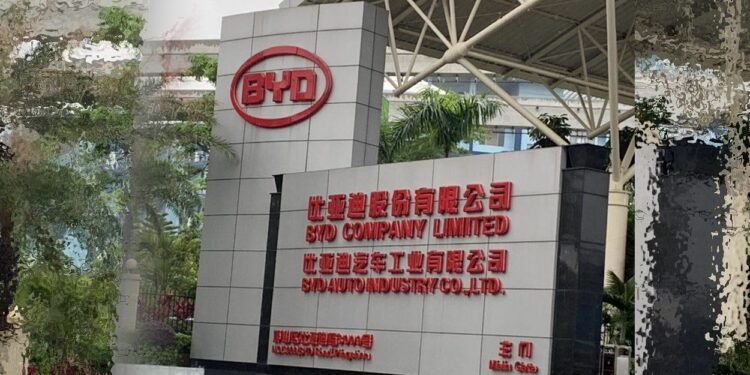 While analysts were betting that Germany’s Volkswagen would be Tesla’s gravedigger, a new surprise emerged. The crown has been snatched by the Chinese manufacturer BYD, which sold 76,607 more cars than the flagship firm of tycoon Elon Musk. These data correspond to sales during the first half of the year.

Some details are worth taking into account, such as the closure of Tesla’s Shanghai plant. This is an event that gave its rival an advantage in China’s domestic market. Consequently, while the former’s production was paralyzed due to Covid-19 issues, the latter continued on its sales path with considerable support from the authorities.

Notably, this sales battle is the first between Elon Musk and the oracle of Omaha, Warren Buffett. The veteran investor would be one of the main backers of the Chinese brand. In any case, analysts expect that in the second half of the year the market will be balanced again with the dominance of the American brand.

The Chinese electric car market is one of the most dynamic thanks to the government’s transition policies. In that sense, BYD is presented as the favorite model of the authorities. That is because it is a local company, which faces a firm coming directly from its American rivals. The results of this first half of 2022 were presented as a blow to Tesla’s pride.

In that time frame, (from January 1 to June 30) the Chinese company shipped some 641,350 cars on the market. These numbers correspond to documents of that company recently filed with the Hong Kong stock exchange.

For its part, Tesla sold a total of 564,743 cars in the same time frame, which translates into 76,607 fewer cars than its rival. Supporters of the U.S. company argue that this is not a fair game, since the advantages of the authorities to its rival are many. Among them, the closure of Tesla’ s silver and the negative propaganda about the alleged spy components of its Tesla vehicles stand out.

Anyway, BYD enjoys its moment of fame by taking the top sales position in the first half of the year. This company’s growth is one of the most promising and has allowed it to get ahead of other so-called “Tesla killers” such as Volkswagen. According to Bloomberg analysts , the German company would overtake Elon Musk’s company as early as 2024.

This push has allowed it to displace in sales the American company, which had held the first place for years. The pressure from the authorities to stop consumers from buying cars powered by internal combustion is one of the main growth drivers. In that country, taxes on the sellers and buyers of traditional cars are becoming increasingly suffocating.

With that momentum, Tesla, BYD and other manufacturers have been enjoying the benefits of a large market. Now, the balance has shifted in favor of the local one after the closure of Tesla’ s Shanghai plant for several weeks. According to Musk’s own firm, the “zero tolerance” measures against Covid-19 considerably slowed down its momentum.

Whether that really was the determining factor remains to be seen. The second half of the year will be crucial in determining whether the American company regains the top spot. If it does not, its local rival in the Chinese market will consolidate its lead. If Tesla‘s new plants do not get up to speed quickly in 2023, this first half of 2022 could be considered the end of its reign. The latter, assuming Volkswagen’s growth forecasts are true.

BYD is facing a scandal that could bury it

But if the Chinese authorities are one of the main boosters of the electric car company, it can also be its executioner. The company is facing a likely punishment due to pollution and damage that would have inflicted on one of its plants. The pollution would have affected important social and even natural sectors.

“BYD would be facing some problems with the authorities due to complaints about extreme pollution from its factory in Hunan province.”

Specifically, it is about the factory located in Hunan province, which would be generating worrying public health problems. The regional authorities have reportedly opened an investigation process due to numerous complaints from the inhabitants of Changsha about damage caused by pollution. Among the complaints are people suffering from vomiting and breathing difficulties. In addition, hundreds of children are reportedly suffering from nosebleeds.

If BYD is found guilty, local authorities would not hesitate to apply severe punishments for non-compliance with pollution standards. In a case that contrasts with the electric car industry’s philosophical goal of differentiating itself from the traditional industry, this firm could be the first of its kind to be punished.

The company strongly denies the accusation, claiming that its plant in the Yuhua district of the aforementioned province meets all standards. They also dismiss the allegations of high pollution levels as a “maliciously fabricated” accusation. The smell generated by the plant’s emissions and the alleged effects on the population of Shangsha were reportedly made viral by complaints on social media during the second quarter of the year.

While authorities and experts determine whether the company is guilty of a public health problem, its sales continue. If the company is able to dig itself out of this hole, it would be consummating a “sweet revenge” against Tesla CEO Elon Musk.

A little over a decade ago, (in 2011) Elon Musk was asked about the possibility of BYD forming a potential rival to his company. Upon hearing the question, the tycoon burst out laughing and disparaged the Chinese company by calling it a lowly firm. He went on to say that, in order to be a rival, BYD must at least avoid being drowned out by its rivals in the Chinese domestic market.

“Have you seen their cars?” he responded when a journalist from Bloomberg at the time asked him for explanations for his laughter. “I don’t think they have a great product” he expressed and added: “I don’t think it’s particularly attractive, but the technology is not very strong. BYD as a company has some pretty serious problems on their home turf in China. So I think their focus is and should be on making sure they don’t die in China,” he concluded.

BYD executives claimed last month that they are now “friends” with Musk and assured that a deal to sell batteries to Tesla would be well underway. “We are good friends with Elon Musk because we are preparing to supply batteries to Tesla very soon,” said the firm’s executive vice president Lian Yubo during an interview on CGTN.

Since then, Tesla has not commented on the alleged deal.

There’s a “catch” with the half-yearly result

The fact that a Chinese company has displaced Tesla in sales does not endear it to the American company’s followers. It should be noted that this company, and particularly its CEO, has a fan base that goes far beyond brands. It is about the tycoon’s business model and his appeal among the young population.

Among his followers, the portal Teslarati.com “discovered a trap” that exists with the news of BYD‘s dethroning of Tesla. It is that the Asian brand’s cars would not be fully electric, but hybrids. This information, backed by Financial Times, would be enough for Musk’s brand to continue to be considered the first in sales of its kind, according to the website.

“It is not unreasonable to say that BYD ‘s position as ‘the largest manufacturer of electric vehicles’ today was achieved through a technicality,” says the website. Regardless of this, what cannot be hidden is the growth of this company during the last few years.

Although their vehicles are sold as electric cars being hybrids, the moment they produce 100% combustion-free cars, sales would continue. This is because the company has already created its space in the market and users would be more than satisfied with the performance and quality of its models in its almost two decades of existence.

But the headaches of the U.S. company Tesla do not have their exclusive source in the competition represented by BYD. In fact, major brands are making their best efforts to conquer a prime spot in the electric vehicle markets. And these are not only Chinese companies, but also European and U.S. companies.

The aforementioned Volkswagen has an advantage over Elon Musk’s firm in the European market and is preparing to position itself in China. Local companies in the Asian country such as NIO have ambitious plans to increase production. In doing so, they are seeking to establish themselves in the demanding Asian market.

In this way, BYD must maintain its newly won position by fighting on several fronts against the competition. Other companies with serious intentions of market dominance are the legendary Ford and GM. These already have some advantages over Tesla in the huge variety of models to suit all user tastes.

Some legislations such as the European or China’s own have ambitious car replacement targets. To keep up with the demand that will explode in the coming years, electric car manufacturers will have to multiply their current production several times over. In this respect, companies less dependent on components such as semiconductors and with a respectable battery production have an advantage.

Europe is set to become a hot market

Although the Chinese market will undoubtedly be the main market for manufacturers, the European market cannot be underestimated. The lack of natural resources to sustain the traditional industry for a long period forced the proposal of the electric car law in the Eurozone. According to this, by 2035 all vehicles sold on the continent must be completely fossil fuel free.

With such an early date, the continent’s authorities have put manufacturers on the run and will do the same for consumers. Thus, companies must find the formula to produce cheap cars so that the population has full access to them.

Fact: Only 5 Eurozone countries oppose the 100% electric car law for 2035 and ask for a more distant date. These are Italy, Portugal, Slovakia, Bulgaria and Romania.

Tesla must thus accelerate its production plans on the continent. While in China it must deal with BYD and in the US with Ford and GM, in Europe it will have to do so with the mighty Volkswagen. As can be seen, the competition does not look pleasant for the brands that are fighting for sales in different parts of the world.

Any mistake on the part of the companies, such as a defective car, could relegate them. Currently, the Japanese company Toyota is making maximum efforts to overcome serious problems that accumulated this first half of the year. Its first electric car was completely withdrawn from the market due to wheel problems.