Callaway's turnover increased by 37%, but profits do not follow the trend. The stock rises on the back of the good momentum of luxury brands. 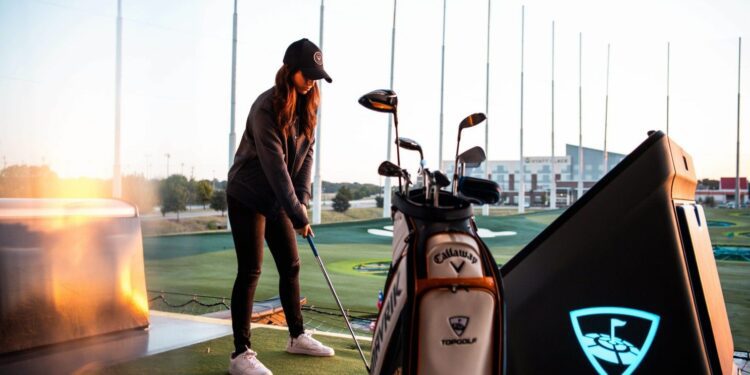 Golf club and accessories manufacturer Callaway boosted its revenues driven by the growth of its sports entertainment business Topgolf, which it bought almost two years ago and grew 73 percent in the first six months of the year, posting revenues of US$725 million.

The Carlsbad, California-based company ended the first half of the year with a 37 percent increase in revenue, surpassing 2.15 billion dollars, boosted by the growth of the Topgolf business, the company reported in its results.

Callaway’s sales also increased by 18 percent in these six months, registering a turnover of 920 million dollars.

On the other hand, sales of lifestyle items increased 38 percent, reaching 510 million dollars.

Great second quarter of 2022 for Callaway

Callaway has grown by more than 22 percent if we only take into account the results of the second quarter, in which it recorded revenues of $1.16 billion and a net profit of $105 million, which means an increase in its earnings of 15 percent compared to the same period in 2021.

The company increased its turnover thanks to the sales growth it achieved in the U.S., where it increased its revenue by more than 24 percent.

Revenue also rose 16 percent in Europe, another 17 percent in Asia and 12 percent in the rest of the world.

Callaway expects its net revenues for this year to be close to $3.9 billion.

This increase will come despite the impact of the pandemic, currency exchange effects and other inflation-related difficulties.

“While we are not invulnerable to these macroeconomic difficulties, we are confident that we can continue to overcome them, and our business remains strong,” said Chip Brewer, the company’s chief executive officer.

In recent months, Callaway’s board of directors began a $100 million share repurchase process, which may be obtained in the market or through private transactions.

The U.S. golf equipment manufacturer announced in a statement that it will analyze market conditions, purchase options and other circumstances and make strategic buybacks.

“The repurchases will be carried out in accordance with the terms of the company’s credit facilities, which will establish the number of shares that can be repurchased,” Callaway said.

Still, Callaway plans to increase its revenue by 22 percent in 2022, reaching $3.8 billion.

In addition, this year’s EBITDA estimates are at $515 million, compared to $445 million at the end of last year.

Callaway Golf is one of the leading manufacturers of golf equipment in the US. The company was founded in 1982 by Ely Callaway, a Georgia entrepreneur, and just a decade later, the firm debuted on the New York Stock Exchange.

However, in June came a recovery that, analysts say, will continue the same trend based on a good reaction of luxury brands to the economic crisis.

Buyers with high purchasing power have not been affected by inflation, so consumption remains strong and is expected to continue recovering.

If it returns to those levels, these stocks have 41 percent to grow. Analysts advise to buy now and put a sell alert at $34, a very strong resistance that is difficult to overcome.

Find the best broker to invest in Callaway

When it comes to investing in Callaway stocks, choosing the best possible investment platform is a vitally important aspect. Below you will find the stock brokers we recommend to our readers, taking into account the following criteria:

Legal and Risk Disclaimer: NAGA is a platform that offers CFD and non-CFD products. 77% of retail investor accounts lose money when trading CFDs with this provider. You should consider whether you can afford to take the high risk of losing your money. Cryptoassets are highly volatile and unregulated investment products. They do not have EU investor protection. Your capital is at risk.
Go to the complete ranking of the best brokers
Tags: Callawaycallaway shares