Ford CEO: There are too many people in the company

The company's transition to the production of electric cars would imply a radical change in the required positions and would generate massive layoffs. Other automakers would emulate Ford... 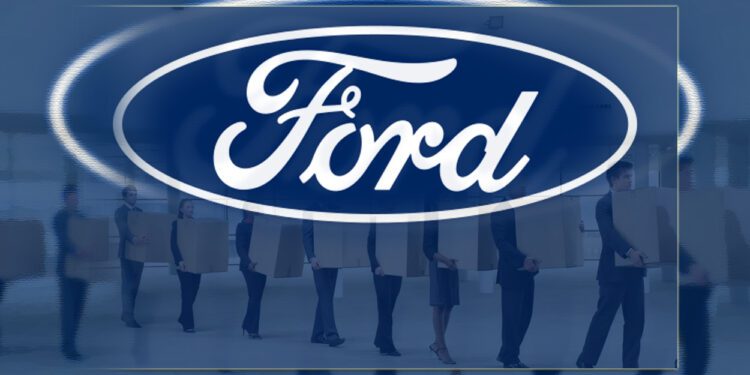 During the conference corresponding to the results of the quarterly earnings report, some details of the automaker were known. In that sense, Ford’s CEO, James Farley, assured that “changes are coming”. With this, he referred to the company’s radical shift towards the production of electric cars in the coming years.

The automaker’s quarterly earnings results were higher than expected despite the pre-recession situation during that period. Mid-week, the company reflected in its report that although high producer prices are affecting it considerably, it has not suffered a dramatic impact on its sales.

As INVESTOR TIMES recently reported, U.S. consumers are resisting the situation. Among them, automotive customers, who are showing strong demand that exceeds the production capacity of many manufacturers. Notably, car production is not at its best due to chip shortages.

Ford’s CEO is uncomfortable due to overstaffing

The fact that automakers are approaching a turnaround in terms of production means that labor needs will change. In that sense, many people now working would not be needed for the production process of future cars. However, Ford’s CEO goes further in this assessment.

Heis not only referring to the fact that the excess of workers will affect in the future, but right now. From this, it can be expected that the company can implement job cuts now when conditions in the U.S. economy seem to be deteriorating. The second quarter GDP report, being the second in a row, led many analysts to believe that the economy was already in recession.

Officials strongly deny that assumption based on rising consumption and low unemployment. In any case, this is a situation that will affect all companies, including automakers. The contraction cycle would have very negative consequences for the companies if consumers definitely lose purchasing power in the months to come.

This is probably the major concern of Ford’s CEO, who hints that “there is definitely a lot of staff” in various areas of the company. One aspect that should be taken for granted is that other companies that will make the same shift as Ford will also proceed in the same way, i.e., they will lay off a good part of their workforces. It is to be expected that major problems will be generated with the mass of workers laid off by the companies.

Layoffs would begin in the next few weeks

Although there is no certainty as to when exactly the layoff process will begin, the company said it would be very soon. In a few weeks, according to Bloomberg, some 8,000 workers will see the end of their employment contract with the company. Farley explains that the cuts will be made in the Internal Combustion Engine Unit (ICE) in order to lower costs.

“The cost reduction will occur in our ICE business because that’s primarily what Ford does today,” he said. He added that as the company moves toward making electric cars, steps must be taken. “We have skills that no longer work and we have jobs that need to change,” he stressed during the conference.

Thus, the company’s CEO confirms that Ford’s future lies in the Battery Electric Vehicle Unit. The first steps in this direction are focused on the recently launched Mustang Mach-E and the popular F-150 Lightning in their own electric versions. But the layoffs will not only affect workers in the more traditional sector, but also others such as the natural gas sector.

Thus, the newly created Ford Blue unit, for the manufacture of gas-powered cars, will also experience sharp job cuts. Similarly, other positions will be eliminated in various areas throughout the company. This information was reportedly shared to Bloomberg by people familiar with the company’s internal affairs.

Most of the layoffs would take place in the U.S.

Although the company did not provide further details about the layoff process, it is speculated that it will be in stages. Likewise, the sources of the aforementioned media pointed out that most of the layoffs would take place in the U.S. plants. These plants would employ more than 31,000 people, of which a large number will be laid off.

“As part of this, we have set clear targets to reduce our cost structure to ensure we are efficient and fully competitive with the best in the industry,” said Mark Truby, head of the communications office, at the time. Meanwhile, the fact that the cuts are taking place in the U.S. is due to the fact that U.S. laws require higher salaries and greater benefits.

Thus, the company’s CEO considers that laying off workers is of vital importance for Ford. “Reducing the number of personnel is crucial to increase profits, especially in the Ford Blue division,” he said. He added that this division would not be operating as efficiently as it could, thus generating more costs than profits for the company.

The savings in operating costs, resulting from personnel layoffs, would be dedicated to the development of the area of cars powered by electricity. The transition to cleaner cars would bring environmental benefits, but it would also come with side effects for U.S. households.

So far, it is unclear whether the electric vehicle sector in the future will be able to generate as many or more jobs as it does now. What does seem clear is that they will not be jobs of the same nature, presenting a relocation challenge for many traditional automotive workers.

Ford will not be the only company to lay off

This point is of crucial importance in light of the fact that Ford will not be the only company in the sector to lay off workers. As highlighted above, other companies that are turning to electric car production will also be cutting back. Even within the electric car sector itself there are also layoffs such as those implemented by Tesla and Rivian.

“Ford is in a race against time to keep up with powerful companies in the sector such as Tesla.”

Consulted at The Street, Duke University expert Timothy Johnson says layoffs at other companies won’t come as a surprise. “Automakers are shifting their engineering work from improving internal combustion engine performance to developing electric propulsion systems as they transition to electric cars,” he says.

Under this reality, Ford is moving into a new market mode where it is not dominant, and its CEO knows it. Hence, its efforts must be forceful to catch up with the prestige of market giants such as Tesla. Likewise, the race is also against the clock to prevent other companies from making the transition faster than Tesla.

With the latter, direct mention can be made of Germany’s Volkswagen, which is considered to be the main “Tesla killer”. Recently, this media published a paper about experts’ forecasts, which base their analysis on the German company overthrowing Elon Musk’s firm in production and sales as soon as 2024.

What will happen to the laid-off workers?

The entire redundant workforce is likely to find itself in a compromised situation in the future. The differences between one type of industry and the other is abysmal, which means that many workers will not know how to work in the new sector. Johnson says that even engineers, with rare exceptions, will not be saved from being left out of the equation in their companies.

“Engineers, of course, can retool their expertise, but doing so takes time and will undoubtedly be difficult for many who have spent decades developing that knowledge and intuition,” he says. He adds that it will be painful and more costly for companies to retrain their workforce and they will opt to hire new talent.

This could be the reality facing the workforces of several companies such as Ford, whose CEO has not hesitated to show his intentions. On the other hand, it has been pointed out that manual workers, for example, assembly workers, do not require more time to adapt. It is a matter of assembling parts, which is broadly similar in both industries.

But the problem with that, according to Johnson, is that “powertrains have considerably fewer parts than internal combustion engine cars.” Meanwhile, electric car production would require very little muscle power, he said. Some analysts are more optimistic that scrapping the traditional industry altogether is not feasible.

In this view, exiting the sector altogether is as absurd as dumping gold bullion in the hope that Bitcoin will perform better than the metal in the future.

It won’t be easy to get rid of ICE cars

One such analyst who argues for the longevity of traditional cars is Brian Larson of Widener University. Also consulted in The Street, he assures that electric cars are only in their early stages, while traditional cars are a consolidated industry with 100 years of evolution behind them.

While the future of electrified cars looks bright, that doesn’t mean that ICE cars have no negligible place in it. “Many environments and applications are still better suited to those engines [combustion engines],” Larson says. Likewise, he says ICE cars have been improving in terms of efficiency.

At the other extreme, it is noted that many developed countries such as China, the U.S. and those in the European bloc plan to dispense with the internal combustion market by 2035. But the rest of the world will continue to hold on to that market for much longer than that. In other words, nations such as those in Latin America, Africa and Asia will continue to buy these cars and the manufacturers will be there to make and sell them.

For example, it is unlikely that giant markets such as Mexico or Brazil will have the same transition possibilities as those in developed countries. The same applies to other highly car-demanding markets such as South Africa, Indonesia, India or Argentina.

All of these moves, both the quarterly earnings report and the possibility of early layoffs had an impact on Ford’s stock. It should be noted that the firm’s shares are not immune to the general movement of the markets and news related to the US economy.

With that in mind, it stands out that the company’s stock market shares were beginning to enter what looked like a bad patch after several green days. The week of Friday, July 22, they closed with a painful drop to $12.54. However, during the middle of the following week, coinciding with the quarterly report, the stock soared.

The company’s results generated positive emotions among shareholders. Although the stock did not do well on Monday and Tuesday, news of the report pushed prices up to $13.19 per share on Wednesday. On Thursday they reached the border of $14 dollars and this Friday they closed at $14.69 dollars per share.