Xi Jinping is looking for Chinese and Russian oil companies to activate their best energy ties. 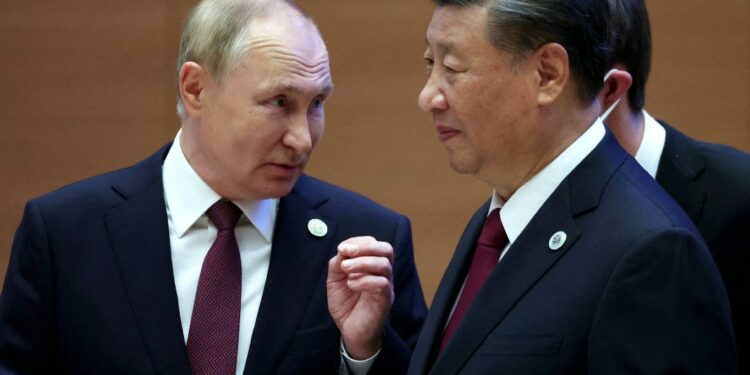 China is ready to partner even more with Russia in terms of energy, the goal being to “ensure energy security worldwide”, as President Xi Jinping said a few days ago.

The statements came at the same time as the G7 intergovernmental political forum seeks to implement new measures on oil exports from Russia.

China Central Television reported a summary of the President’s remarks, which were made through a message as part of the Fourth China-Russia Energy Forum.

“China is ready for a greater energy partnership with Russia, promoting the development of renewable energy and jointly ensuring global energy security and the stability of the industry’s supply chain,” Xi said, according to the Asian giant’s state broadcaster.

The meeting, which included all major energy companies from the two countries in question, came as the G7 prepared to impose a price cap on Russia’s oil from December, intended to weaken Moscow’s ability to finance its war against Ukraine.

Russian energy exports to China increased in value by about 65 percent in 2022, and another 10 percent in volume, Alexander Novak, Russia’s deputy prime minister, said.

In recent months, Moscow became the 4th largest yuan trading center worldwide, as the Russian government seeks to increase its ties with Asia amid sanctions imposed by the West.

Bilateral trade between the two countries would be between $180 billion and $190 billion by 2022, according to Igor Sechin, CEO of Russia’s largest government-owned oil company, Rosneft.

His company is responsible for supplying about 7 percent of China’s crude oil.

The Vostok Oil global energy project led by the Russian state oil company, which combines oil wells that are already operating and those that will begin extracting crude later this decade, “ensures long-term energy supplies to Asian countries,” Sechin said, which would help in the quest to avoid price instability.

By way of response to the G7 project to impose a price cap on Russian oil, the Russian government promised to divert supplies to countries that are against the proposal, and China and India have already increased their oil purchases from Moscow.