Chinese reunification would be a nightmare for the West

The possibility of China reuniting with the "rogue province" could be a terrifying scenario for the West in terms of technology and trade. 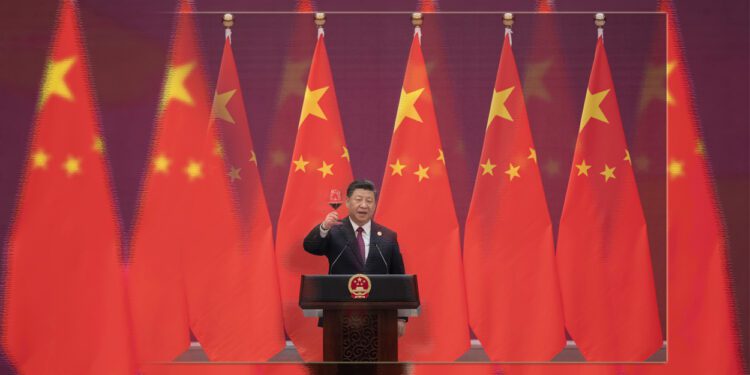 The head of the U.S. House of Representatives, Nancy Pelosi, could set foot on Taiwanese soil in the next few hours despite warnings from Beijing. A simple visit by the third in the chain of command in the US could unleash a crisis that would accelerate the reunification of China. The root of the whole affair can be traced back to an old civil war and an agreement between Washington and Beijing in the late 1970s.

At the same time, the consequences of an escalation between the two major world powers could be unpredictable. With these points in mind, there is another major issue looming that has to do with economics, trade and technological development. The Chinese Communist Party’s goal is to be the world’s leading power within several decades.

But reunification with Taiwan, triggered by a bad move by the United States, could move Beijing a long way down the road in a short time. In that scenario, it should be noted that the small island is the undisputed world leader in the semiconductor area and all of that could pass into Xi Jinping’s hands. This would be the worst mistake the West could make under the current circumstances, as it would instantly lose the race for dominance of the global chip market.

What does the reunification of China means?

Before analyzing the repercussions of the chip market, it is important to be clear about some concepts with the so-called “reunification of China”. First of all, Taiwan is not a country, but a province of China that for historical reasons has an almost total level of autonomy from Beijing. This fact is recognized by practically all countries in the world, including the US.

Even the Taiwanese authorities themselves do not identify themselves as a country, but as part of China. It is worth saying that in this they agree with their communist rivals. Thus, both parties recognize themselves as China, only that each of them claims the right over the whole territory. In other words, the government of Taipei (capital of Taiwan) establishes that the throne in Beijing should be theirs and not that of the CCP.

The current Taiwanese government is the heir of the Kuomintang, the authorities of China at the beginning of the 20th century. During that period, civil war broke out between that government and the rebels of the CPC People’s Liberation Army, led by Mao Tse-tung. In 1949 the war ended with a landslide victory for the communists and the Kuomintang fled to Taiwan, where they stayed and laid the roots of the current system that governs the island.

In that sense, both sides desire the reunification of China, but differ on who should be in charge of the entire nation. For reasons that are abundantly obvious, it can be said that from the Taiwan side the chances of accomplishing their goal are slim and their daily task is to avoid provoking their enemies.

The reunification of China by peaceful means

Relations between the two sides have been complex, as there are different parties within the island. Basically, these are divided between pro-unification and pro-independence parties, which alternate power. These power shifts often alter relations with Beijing.

When some govern, better relations with Beijing are established and even teams are created to work for a “peaceful reunification”. When the others rule, they break or freeze agreements and turn to the United States to buy arms and threaten independence, which has generated several crises in the strait. One of the most acute was the third crisis in 1995-96.

With a more powerful China in all areas, a fourth crisis could precipitate a reunification by force. Discounting U.S. response measures, which are also unpredictable, Beijing would arguably be the big winner. If the CCP takes control of Taiwan, China would inherit all the island’s technological power.

It should be noted that this small island of just 36,200 square kilometers is the epicenter of the global chip industry. The Taiwan Semiconductor Manufacturing Company (TSMC) controls more than 56% of the global market for these components, which are indispensable for the world’s industry at all levels. To get an idea of the magnitude of this company, it can be compared with the second largest, South Korea’s Samsung, which holds 18% of the market.

The dominance of the global semiconductor market

Within Taiwan there are other semiconductor companies that are by no means mice in the world market. For example, United Microelectronic Corporation (UMC) comprises 5% of the world market. Put in simple terms, if communist China were to control that power, plus the power of it, you would have a combination that would make it absolute queen of the market.

That means that all technology sectors, from microwave and smartphone manufacturers to electric cars, would be held by China. According to 2020 data, Taiwan leads in chip manufacturing, followed closely by South Korea. This is how the list of competitors in the semiconductor sector is arranged in terms of production:

This data is from the Semiconductor Industry Association (SIA).

If the worst-case scenario were to occur, with a reunification of China precipitated by Pelosi’s visit to Taiwan, Beijing would control almost 40%. Add to this the boost China brings, and the prospect is even greater. It should be considered that, in little more than 15 years, China has grown by more than 10% in chip production.

According to its current plans, the Beijing authorities are seeking to achieve self-sufficiency in the sector by 2035. This is because, despite being the third largest producer of these components, it is obliged to import 8 out of every 10 chips required by its technology industry. “Acquiring” Taiwan would give it a decades-long head start.

Pelosi’s trip to Taiwan is uncertain

As you might expect, the U.S. is aware of this and many chains of events that could unfold with a simple trip. Internally, political voices are divided on the need for Pelosi to travel to the island. The hawks say that not to travel would be to show weakness vis-à-vis China. The more moderate say a trip is “not wise.”

“The navy of the communist country would be ready to carry out the attack on the island if the government official of the American country lands in Taipei.”

Regardless, the most uncomfortable position is that of Taiwan and that explains the almost total silence of the authorities in this crisis. Although some government agents have offered certain statements, they are ambiguous and noncommittal.

For the island’s politicians, reunification with China on Beijing’s terms is the worst thing that could happen to them. Hence, not provoking the wrath of the powerful enemy is a priority. However, it is also a priority not to dampen the spirits of their U.S. partners in terms of support for the island. Navigating between these two waters requires moves more suited to artists than politicians.

Meanwhile, prior to the departure of Pelosi’s plane this Friday, a close source, consulted on CNN, affirmed that the politician would make a tour. “The trip includes stops in Japan, South Korea, Malaysia and Singapore, but it is not yet known if she will stop in Taiwan.”

According to the CCP newspaper, the Global Times, the PLA is conducting live-fire exercises in the Taiwan Strait. The communist country’s navy would be ready to carry out the attack on the island if the US government official lands in Taipei.

Can a U.S. government official travel to Taiwan?

This is one of the key questions in this whole equation. As already highlighted, since 1979 the governments of Washington and Beijing have recognized each other and established embassies in each other’s countries. In the recognition agreement, both powers gave in to some of the other’s demands.

On the U.S. side, it was guaranteed that China would never become an ally of the dreaded Soviet Union. Beijing complied and the enmity of the two communist parties (Chinese and Soviet) was one of the rarest events of the 20th century. In exchange for that balance of power, the U.S. recognized China’s sovereignty over Taiwan.

Thus, the U.S. state assumed as legal the “one China” policy and supported the efforts of both sides for reunification. The United States also agreed never to recognize the Taiwanese government or have political relations with it under any circumstances. Relations would be commercial and cultural between sectors, but not at the state level.

That is China’s current demand. Considering this, it can be said that Pelosi’s trip breaks with the agreements signed between both governments and hence the anger of the Chinese authorities. The United States is doing its best to calm the waters and has not fallen for Beijing’s rhetoric, but it is evident that an escalation of tensions is a matter of high possibility.

Fact: the rivalry between the Communist parties of China and the USSR dates back to 1953 with the death of Stalin. China argued that at that time “revisionist” forces took over the USSR and betrayed Lenin’s legacy. From 1979 onwards, rivalry turned to hatred and the two countries came close to going to arms.

A feud that hurts everyone

China’s importance to global trade and markets is common knowledge. Dozens of U.S. and European companies depend on doing business within China’s gigantic domestic market. It doesn’t take a geopolitical expert to understand the true weight of Beijing.

During the pandemic, disruptions in supply chains caused convulsions that are still felt today. Major companies such as Ford or GM lowered their production capacity due to component shortages. During the paralysis of trade in several Chinese cities this year due to covid, many companies suffered major losses.

The problem of trade bottlenecks became more acute since March this year as a result of Beijing’s zero covid policy. Within China, companies such as Tesla or Starbucks faced major problems with confinements.

With this, one can keep in mind that the convulsions of an escalation between China and the United States would lead the world to one of the worst crises. The recession, which is not known if it is knocking at the door or is already in the room, would acquire an unimaginable depth and the financial markets would enter a crisis without a historical point of comparison.

If the war in Ukraine has Europe on its knees, a war in Taiwan would be a far greater disaster. Markets are on tenterhooks and depending on how events unfold, investor sentiment could cause a lot of volatility in stocks.