Ethereum co-founder Vitailk Buterin believes that mass use of digital currencies is inevitable, but adds that there are hurdles to overcome. 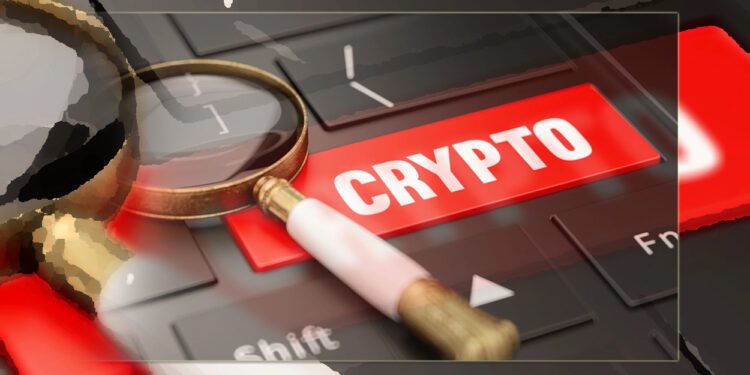 Sometime in September, the long-awaited Merge will take place in the Ethereum blockchain network. Among other things, the update will allow that ecosystem to leave Proof-of-Work (PoW) behind for good and enter Proof-of-Stake (PoS) model. This would open one of the main doors to the massification of crypto trading.

Currently, the use of cryptocurrencies is at a very early stage of advancement, given that it is a very recent technology. Many people in the world, even if they have already heard about or have notions of this market, have no real possibilities of adopting them. One of the reasons is that transactions on many blockchains carry high network fees.

Winter in the digital currency market is another factor that is currently holding back wider adoption. Despite this, there are strong indications that everything will change in the near future. That is the opinion of Ethereum co-founder Vitalik Buterin, which he expressed during a recent interview related to his participation in Korea Blockchain Week 2022.

From bull-run to massification of the crypto market

Until 2021, cryptocurrencies were kept as assets reserved for people with extensive knowledge of the industry. However, that year saw one of the biggest price hikes in the crypto market, making massification a possibility. Important players in the financial sector approached these assets.

The phenomenon was directly expressed in the capitalization and prices of practically all cryptoassets. Such is the case of Bitcoin, the most important digital currency in terms of popularity. That cryptocurrency left behind the highest historical rise of $20,000 reached in 2017 and was placed above $60,000. Although it had a sharp drop afterwards, by November it rose again and touched a new all-time high of $69,000.

Enthusiasm was contagious in all projects and DeFi, with all its investment modalities, grew to limits little imagined just a year before. Similarly, the phenomenon of non fungible tokens (NFT) emerged and the first platforms with a concept approximating the metaverse were unveiled. The pandemic boosted other sectors with great potential, such as play-to-earn blockchain games, which have been evolving into play-and-earn.

Thinking about the massification of the crypto sector after that violent chain of rising prices became entirely reasonable and within reach in the short term. Although those boom days seem to be behind us due to the bear market experienced by cryptoassets, analysts and experts consider that this is a minuscule problem and that the big thing is yet to come.

The bear market will not prevent the massification of crypto

Since December 2021 and particularly since the beginning of this year, the cryptocurrency market has not had it all its own way. Rising inflation in the United States forced the financial authorities to take measures that affected the rise of the financial markets. Consequently, the announcement of the elimination of subsidy measures was the start of the problems.

In March, the Federal Reserve (Fed) made the first interest rate hike and the main indexes went to the floor. Especially reference can be made to the Nasdaq, which entered a bear market that same month and with which the crypto market has a strong correlation, according to experts. Investments in Bitcoin by players in the technology sector would be behind this phenomenon.

But the biggest blows to the cryptocurrency sector came later with the fall of Terra in early May and the shakeout on June 13. In the first case, it was one of the largest investment projects whose implosion wreaked havoc on the capitalization of the entire crypto market. The second act was the May inflation report in the U.S. which surfaced fears of a recession.

With all this, digital currency prices plummeted erasing much of the gains of 2021. However, that shakeout is not interpreted as a frustration of the dream of crypto massification. Investments continue and the market shows signs of looking for a recovery, which insinuates that the fall is something fortuitous in the development path of that market.

Some come and some go

In the same way as in other sectors, the crypto market has mechanisms for purging failed projects. That sort of “natural selection” would provide cryptocurrencies with the possibility of coming back stronger in the next onslaught of bulls. That would be precisely the time when the true level of mass adoption could be assessed.

Many projects and companies in the sector have collapsed during this market and others have gained strength. Among the former, many centralized service companies such as lending platforms and exchanges stand out. This media has reported numerous cases of bankruptcies of such platforms due to bear market conditions.

Some of the most notorious cases include Celsius, Three Arrow Capital or the most recent Hodlnaut. In Spanish-speaking countries, there have also been notorious cases of platforms that have “bitten the dust”, as Binance CEO Changpeng Zhao puts it. In Spain and Venezuela, for example, two widely used exchanges announced the end of their operations, namely 2gether and Criptolago respectively.

But just as some players are withdrawing, thousands of businesses are beginning to adapt to trade crypto assets. That feedback would be one of the most important drivers of crypto massification. In that sense, the more people use cryptocurrencies, the more businesses open up to them. At the same time, the regular customers of those businesses begin to exploit them.

It is a spiraling growth that could lead millions of people to this new form of means of payment. Only two factors remain as obstacles to this progress: the cost of commissions and regulations.

The use of cryptocurrencies is advancing in various parts of the world, but the commissions are becoming an obstacle for many people. Some coins such as Ethereum’s Ether have a scalability that leaves much to be desired. The amount of transactions per second supported by the network is low in the extreme.

Consequently, during traffic peaks, bottlenecks form and fees go up. This is precisely what Buterin is referring to when he talks about the limitations for people who want to use digital currencies. For large-value transactions $20 means nothing, but for everyday purchases it is a lot of money, he explains.

Micro-pairs, for example, for a $5 chocolate with a $20 commission are absolutely unfeasible. In countries where people’s incomes are low, adoption becomes counterproductive. Under that prospect, the most popular currencies such as Ether and Bitcoin suffer from the scalability problem, which prevents rapid crypto massification.

Buterin claims that the Ethereum Merge will be part of the solution to that problem. That upgrade is expected to make that network a faster and cheaper one for users. The co-founder expects that after the upgrade, commissions will drop to a range between 0 and 25 cents approximately.

However, he adds that further developments in the future would bring commissions down to 5 cents. In any case, the update would be the closure of a stage of more than two years of work by the developers of this blockchain.

Other networks are better, but less known

Although Buterin bases his argument focused exclusively on Ethereum, other options should not be ignored. It is of notable importance to keep in mind that there are networks where making transactions is cheaper. For example, with coins such as BNB, Sol, ADA, Avax or Tron and through their blockchains, the fees for sending are negligible.

But these coins do not have the same popularity of Bitcoin and their networks are far from that of Ethereum. Managing to be a cheap alternative to these major options has been a challenge for developers in the crypto world. Some of them had some success and then fell into oblivion. Among these alternatives, Litecoin, once considered the digital silver (Bitcoin, the gold), stands out.

Although that currency is one of the oldest and has a respectable capitalization, it was never able to catch up with Bitcoin. Since 2019 its importance was on the decline, which it is trying to remedy with recent updates. It should be noted that those updates are focused on privacy and are bringing it extra problems.

As for Bitcoin, there is also the second layer option of the Lightning Network. This one offers you unimaginable scalability for the original network. However, not all wallets are adapted to support it. With all this in the picture, it can be said that crypto massification depends almost entirely on what happens with the two most important currencies in that market.

The instability of other more scalable projects such as Solana does not seem to make them, at least for the moment, a serious alternative for people to decide to use them.

The second major stumbling block on the road

But if scalability becomes a problem whose solution depends entirely on the same internal dynamics of cryptocurrencies, the second obstacle is quite different. It is in this context that the delicate issue of regulations appears. In many countries such as the US, regulators do not seem very enthusiastic about digital currencies and their entire environment.

The treatment of cryptocurrencies by regulators, in the laws that would be on the way, depends to a large extent on whether they go viral. It is noteworthy that exchanges, the main vehicles of use, are also under the authorities’ magnifying glass. The latter is becoming more acute lately with the successive bankruptcies and loss of users’ funds on these platforms. Regulators are making compliance with many laws such as anti-money laundering and anti-terrorist financing mandatory.

With this, much of the planned adoption could be dispersed. Taxes, now virtually non-existent, would become a burden for cryptocurrency users and the advantages of cryptocurrencies over cash would become virtually null and void. It follows that people will have little reason to adopt them.

It should not go unmentioned that regulators would also be ready to attack what looks like the safe redoubt of crypto massification, the metaverse. As reported by EL PAÍS FINANCIERO, the Bank of England (BoE) considers that the combination of metaverse and cryptocurrencies would put the stability of the financial system at risk. To avoid this, they are asking regulators to take the necessary measures to prevent people from subjecting themselves to an open and decentralized metaverse that exposes financial institutions to the risks of cryptocurrencies.

A painful battle for the crypto community

The trouble with regulators, especially U.S. regulators, is just beginning and everything looks set to be painful for the cryptocurrency industry and its community. To get an idea of the consequences of that tussle, the recent episode of the sanction against Tornado Cash should be highlighted.

This Ethereum network protocol is one of the most sophisticated tools for the use of cryptocurrencies with a higher degree of privacy. That feature seems not to be to the liking of the U.S. government, particularly the Treasury Department, which this Monday (August 8) banned the citizens of that country from using the protocol which it accuses of having been the vehicle for the laundering of more than $7 billion dollars.

The Office of Foreign Assets Control (OFAC), which belongs to the Treasury, described Tornado as “a threat to the national security of the United States”. Among the allegations is that the platform was allegedly used by North Korean hackers to launder billions in stolen money.

The reaction against the U.S. government’s measure was immediate on social networks. Vitalik Buterin himself stated that Tornado Cash is a valuable tool for citizens of countries under oppressive governments. On his Twitter account he confessed that he himself used the tool to donate funds to Ukraine and prevent the organizations receiving the money from being the focus of penalties.