Dangers and opportunities in growth stocks

The financial market crash continues to wreak havoc on the fortunes of major investors. Is it possible to find gems amidst the disaster? 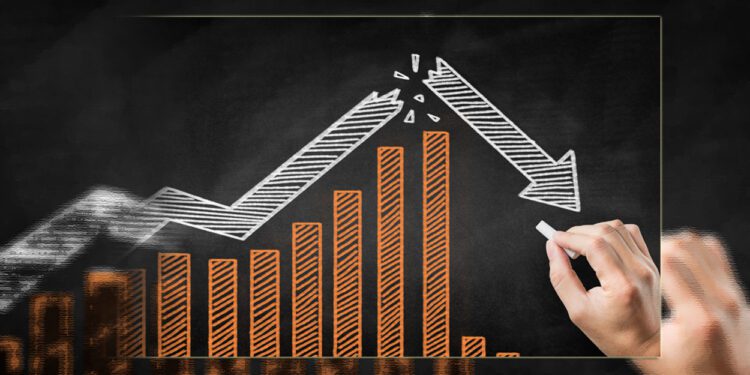 The macroeconomic situation in the United States emptied the portfolios of hundreds of large and small investors. Recession fears become the main driver in people’s loss of interest in growth stocks. Analysts recommend investing in defensive stocks rather than aiming for a high rate of return.

However, there are other experts who believe that “amidst the rubble” it is possible to find gems among these types of assets. The popular Growth Stocks shone during the pandemic and their numbers rose by hundreds of percentage points, bringing staggering gains to investors. But with the end of the “easy money” era, they went from being the most attractive stocks to the most feared in the world of finance.

This asset class is now in the depths and many of them could become a good investment thanks to their low prices. But not all low prices can be interpreted as an investment opportunity. This is precisely what the TipRanks portal is referring to when it points out that many companies in the technology sector have been punished and are unlikely to recover.

Growth stocks have become the assets investors are most wary of in these turbulent times. The downward pressure many of them received was such that investors suspect they are in a situation similar to the tech bubble of 2000. The fact that tech investments are being compared to the “.com” bubble is bad enough.

“Some high-growth stocks are facing a situation similar to the tech bubble of 2000.”

“Truth be told, there are quite a few similarities, with the most striking being the crazy valuations of tech stocks that have now almost completely evaporated,” explains the aforementioned portal. They add that most of these cases are outside the sphere of the so-called Big-Tech. Even though the Federal Reserve’s regression measures hit the big ones hard, some of them are still holding on to expected losses.

These estimated losses correspond to what normally happens in a bear market at the gates of a recession. Meanwhile, a large number of companies experienced losses greater than those that would normally be generated by a situation such as the current one. It is precisely in the latter that one cannot have full confidence due to the fact that their share prices are very cheap.

As far as the shares of the technology giants are concerned, not all bargains are guaranteed successes for investors. For example, companies such as the mighty Meta find themselves in an unusual situation in which they are threatened from all sides. In that sense, Mark Zuckerberg’s firm is facing a crisis of originality in which it cannot find a way to attract younger users.

At the same time, its bet on the metaverse is costing it billions of dollars and the flight of investors as a consequence. As can be seen, growth stocks are mired in a huge whirlpool in which it is extremely complex to pick up the gems.

The bubble situation among fast-growth stocks

With this in perspective, it follows that large company stocks are far from resembling a bubble. Meanwhile, the further down one goes and analyzes small-cap, fast-growing companies, the bubble elements become more distinct. Below are some of the examples of this second type of companies.

These are just a few of the many examples that can be found in high growth stocks. While most of these companies may recover ground in the long run, it is certain that others will not be able to do so.

This is because the declines have been of such magnitude that they would make even cryptocurrency market investors pale.

Expectations are focused on the long term

One aspect to note is that most of these companies are not so-called meme stocks whose rise is due to fortuitous events. On the contrary, these companies have solid business schemes and have revenues from sales of services that people actually need and buy. In addition, the companies’ management is doing an outstanding job of cutting costs to stay profitable.

However, market conditions are turning them into penny stocks. Either way, these are companies within the range of long-term growth potential. That means that these companies are currently unprofitable, but have the potential to deliver high returns to investors thanks to their ability to develop their products and services in the future.

The business models correspond to innovation and other characteristics that could make them indispensable in the future. The easy money made many of these companies stay in a “vegetation zone” and their models became entrenched in an artificial reality created by the Fed during the confinements. When the latter ended, high interest rates became the great tormentors.

In the midst of this context, the best-performing companies will have the ability to deliver high returns when the Fed takes its foot off the accelerator. For now, investors will have to tread carefully and avoid falling into the trap of the tempting low prices of growth stocks. In other words, the low prices are with respect to artificial spikes and not with respect to natural upside that might occur in normal times.