For the director of the Brazilian central bank, the most important cryptocurrency is a financial innovation that has given way to many products. 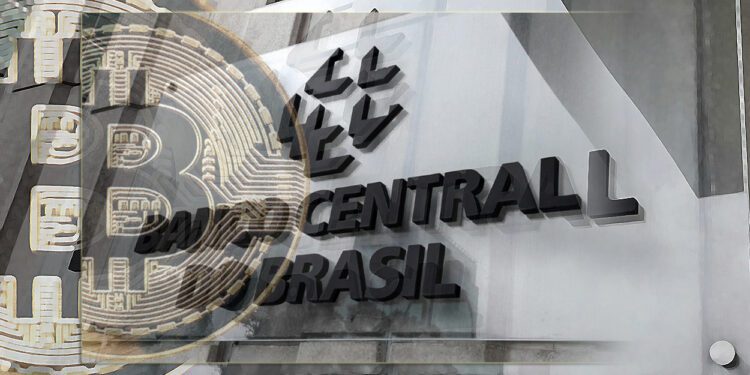 For the director of the Central Bank of Brazil, Fabio Araujo, cryptocurrencies are a positive development for the economy and technology. He particularly pointed to Bitcoin and highlighted the advantages and potential that this currency can bring to finance. In his opinion, the pioneering digital currency is a financial innovation.

According to a recent publication of a local media specialized in cryptocurrencies, Araujo praises the existence of these assets and their underlying technology, the blockchain. He explains that since the appearance of the currency created by Satoshi Nakamoto, the doors have been opened for the emergence of new “critical products”.

Among these innovations, he highlights that the currency played an enormous role in the creation of the Web 3.0 concept. It would also be the promoter of a large number of jurisdictions to move forward in the exploration of the so-called central bank digital currencies (CBDC). The main emphasis is on the infinite properties provided by the blockchain.

The advantages of Bitcoin are manifold

The official of the aforementioned Brazilian financial institution considers that the advantages of Bitcoin are numerous. In that sense, he says that the central bank of that nation began to explore the currency as soon as it was created. Hence, there is a deep knowledge of its positive properties and even of its disadvantages.

Regarding this last point, he states that the authorities have no plans to use this virtual currency as a currency of exchange. The main reason for this, he says, is the volatility of the price, which makes it a very risky asset for those who own it. Hence, considering it a legal tender, as was done in El Salvador, would not be appropriate.

“We started to accelerate this in 2009, with the launch of Bitcoin, with distributed database technology that facilitates the creation of Web3,” says Araujo. He adds that “the Bitcoin application brings the Proof-of-Work (PoW) solution, which is fundamental for the services that Web3 brings to the population”.

With this, the highest financial institution of the South American giant has the advantages of Bitcoin in perspective. Although the official objective is not to turn it into legal tender, it can be deduced that there is no antagonistic vision for the trade of this or other cryptocurrencies in this economy.

It should be noted that despite Bitcoin’s volatility, its price has remained above key supports, even after Tesla sold almost all of its BTC holdings.

A currency cannot be so volatile

As already highlighted, the official considers that despite the goodness and innovation that Bitcoin represents, it cannot be considered as a currency. The reason would be the volatility in its price, which leads to the value moving violently between low and high extremes.

“CBDCs are products that have been in the works for years from most of the world’s central banks.”

Therefore, he rules out the possibility of the authorities taking it into account to give it that status. Given this nature, he argues that this creates the need for CBDCs to fill the technological gap that will inevitably be created in the near future. CBDCs are the payment solution, as they completely eliminate volatility, he says.

That way, the advantages of Bitcoin technology can be coupled with the digital version of the Real (Brazil’s currency) to have a more advanced form of payment. “Although CBDC uses technology that supports cryptocurrency, it is not itself a cryptocurrency,” he explains.

“CBDC is an expression of the Real within the environment in which cryptocurrencies operate, in the same way that the Real does not compete with listed assets,” he remarks. With this it is clear that there is no possibility of a government-backed BTC, but of a currency controlled by the central bank.

CBDCs are products that have been in the works for years at most of the world’s central banks. So far, the most advanced proposal is China’s e-CYN, which is still in an advanced testing phase.

Brazil will create its own CBDC

In Araujo’s participation in an event covered by the aforementioned specialized media, the official confirmed that the central bank is working on a CBDC. He said that the results of this project are expected to be tangible by 2024. He also informed that the first tests of the digital Real will be carried out by 2023.

It should be noted that Araujo himself is the director of the project for the creation of the digital currency of the Central Bank of Brazil. Consequently, the information he offers is the closest to this technological project. This also explains the friendly character of this institution to virtual currencies, despite the fact that it lacks the capacity to control them.

On the other hand, just as he praises the advantages of Bitcoin, he also praises the properties of Ethereum. Specifically, he points out that smart contracts are one of the best solutions for new projects in the financial area. In his opinion, these blockchain protocols that power decentralized finance (DeFi) become a vital technology to boost the entire financial sector.

With this in mind, he says the central bank will come up with “financial products that embrace the features brought by Bitcoin, Ethereum, decentralized finance, Web3” and even so-called stable currencies. All this together would make Brazil one of the countries with the greatest advances in the financial sector, sheltered by the new blockchain technology or blockchain.

The official expressed that the Brazilian CBDC will arrive with a combo of decentralized finance services similar to Ethereum, although he did not offer further details.

How Brazil is moving in the field of cryptocurrencies

Brazil is one of the most appetizing markets for the big players in the cryptocurrency sector. It is one of the world’s leading economies whose potential is waiting to be exploited. Consequently, a large number of companies dedicated to crypto services have started to move into this market and the results are remarkable.

Among the most striking cases is that of Nubank, which has been offering cryptocurrency services to its clients. This financial institution recently received a millionaire injection from Warren Buffett’s Berkshire Hathaway. The number of users of cryptocurrency services was expected to reach one million within a year. However, that goal was reached barely a month later.

Such accelerated growth despite the winter in the cryptocurrency market speaks volumes about the appetite of users in that country. The advantages offered by Bitcoin in most countries of the Latin American subcontinent make it one of the most coveted assets by part of the population, including small and large capital investors.

Another no less shocking example of the Brazilian case is in the landing of the Mexican cryptocurrency exchange Bitso. This platform reported that it had also reached the quota of one million users in the Portuguese-speaking nation.

The advance of the crypto sector in Brazil is sweeping and is not limited to the aforementioned examples. Other cases include Itaú, the largest private bank in the entire country, which is close to launching a tokenization platform. By this August, that nation’s largest broker, XP, will launch a Bitcoin trading platform.

Amber Group will also follow suit with a platform for retail investors , and financial giant Santander is among the next to enter the market in force.