Only parliamentary approval remains to be obtained, but there is consensus. It will increase the cost airlines have to pay for carbon emissions 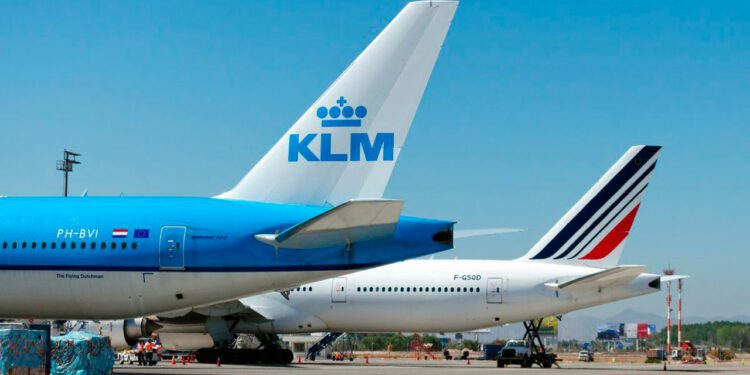 The EU has reached agreement on a law related to increasing the cost airlines have to pay for carbon emissions, in addition to the pressure on this market to stop using fossil fuels.

Currently, airlines flying in the eurozone must get permits from the EU’s so-called “carbon market” to take care of their CO2 emissions, but the body gives them almost all of these permits for free.

This scenario will change with the law that was agreed after arduous negotiations between airlines, EU countries and the European Parliament.

The regulation (which remains to be approved) states that the free permits will be gradually eliminated by 2026.

Thus, airlines will have to pay for their carbon dioxide emission permits, which will be an economic incentive for them to be more aware.

On the other hand, it will generate higher costs for airlines, which will surely impact the finances of the companies, hard hit by the covid 19 pandemic in 2020 and 2021

Despite the changes imposed by the new law in Europe, the EU will continue to give free carbon dioxide allowances but only to airlines that use so-called Sustainable Aviation Fuel (sustainable fuels) with the aim of offsetting a portion of the value of PBS and kerosene, a lower-priced fossil fuel.

Up to this point, the European Union limited its carbon market to emissions from intra-European flights, although negotiators have agreed that Brussels is to assess in 2026 whether the carbon offsetting scheme for international flights of the International Civil Aviation Organization (ICAO), the UN agency that deals with this issue, is in a position for the zero emissions target to be reached by 2050

If this does not happen, the European body will try to extend its carbon market to cover emissions from all flights departing from the Old Continent.

For environmentalists, this is a problem. The various environmental organizations have complained that emissions from international flights have not been added to the carbon market.

The aviation director of the NGO Transport and Environment, Jo Dardenne, pointed out that middle-class households in Europe will continue to pay a higher price for their carbon dioxide emissions than frequent long-haul travelers. They are close to losing another ten years of climate quiescence

EU countries and the Parliament have to formally approve the bill before it is put into effect.

Airline companies have been hit hard due to the consequences left by the covid-19 pandemic. Over the past two years in all airlines financial reports have plummeted.

However, this is to be expected due to the long period of inactivity and then limited movement in tourism and business travel

Therefore, it was not surprising that airlines all over the world filed for bankruptcy because they could not cope with the collapse of their revenues.

In the case of Colombia’s Avianca, for example, it has filed for Chapter 11 of the U.S. law, something that some low-cost airlines from Europe and other major Asian airlines have also done in their own countries.

A clear future for airlines

The airlines believe that next year will be a better year, as the inconveniences seem to have come to an end.

Everything is leaning towards the market returning to profitability by next year, something that has not happened since 2019.

IATA indicates that they expect to achieve combined net profits of $4.7 billion across the airline industry by 2023, because they will carry more than 3.9 billion passengers.

In the previous report, the International Air Transport Association said profits would return the following year.

During this year, the airline cooperation tool saw its industry-wide loss forecasts markedly reduced from $9.7 billion to $6.9 billion.

Willie Walsh, IATA’s chief executive, said that “it’s a great triumph,” given the financial and economic damage caused by the confinements determined by the authorities.

Walsh, who has been CEO of British Airways and IAG, pointed out that many airlines will continue to be inconvenienced by the high costs and inconsistencies of government measures in several countries.