A significant number of companies are ready to restart operations in Venezuela after an economic winter of several years. 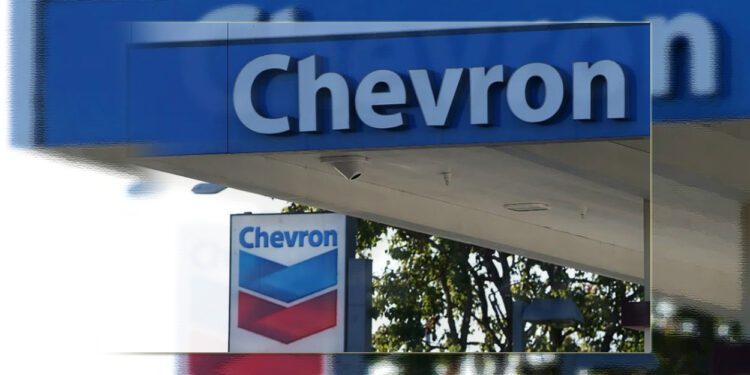 The days when Caracas was the “antichrist” for Western countries are a faded memory. Sanctions by the dozen, threats of military intervention and even a parallel government combined to push the country’s economy into a major contraction. But the government managed to stay in power. Now Venezuela is in the sights of big oil companies that want to operate in its territory.

According to estimates, the Spanish-American country has the largest proven oil reserves in the world. The amount of oil in the Venezuelan subsoil is three times greater than that of Russia, the United Arab Emirates and Kuwait. This has made it for years one of the favorite destinations of large Western multinationals. The advantage of being a close partner with a similar culture allowed the development of a competitive industry.

But political and ideological tensions between the leftist government and the countries of the hemisphere gradually deteriorated relations. From 2016, the contradictions became insurmountable and Venezuela was isolated with an oil industry on the verge of collapse. In 2022, contacts with the United States were reopened and the hope of Venezuelan crude oil in the international market became a priority.

The desire to operate in Venezuela

In 2018, Venezuelan President Nicolas Maduro won an election described as “fraudulent” by the domestic opposition and the U.S. European countries joined the punitive measures in the hope of a political turnaround in Caracas. For international oil companies, operating in Venezuela became a risk in every sense of the word and they had no choice but to leave.

But in 2022 war broke out in Ukraine and Russian oil ceased to be an option for European countries. At the same time, rising inflation in the United States, driven at least in part by the high cost of a barrel of oil, forced a change of plans. From a hostile stance, the Democratic administration of Joe Biden resumed contacts with Caracas since March of this year.

On the condition of restarting dialogues with the opposition, some sanctions were relaxed and Chevron was the first company to be rewarded. Immediately, expectations soared about a probable green light for other companies that have frozen contracts in the South American country. Among these companies are Spain’s Repsol and Italy’s Eni.

The desire to operate in Venezuela seems to be a common point for the U.S. government, for the companies and for the local regime. 2023 is shaping up to be a difficult year for Western nations and a nearby source of oil is what they want most. The immediate task for the West is to ramp up Caracas’ crude oil production as soon as possible and the first hurdle would be the one million barrels per day (bpd) barrier.

Currently, the Latin American country produces just under 700,000 bpd and has not surpassed the 1 million mark since 2019, according to OPEC data. The government set a target of increasing production to 2 million bpd by the end of 2022, something that was evidently not met. It is up to the multinational companies to get going to reach that figure in a short time frame to give Europe some breathing space.

The veto and the price cap on Russian oil seem to be a guarantee for the so-called Bolivarian revolution to receive more companies. According to the Venezuelan Oil Chamber (CPV), quoted by EFE, the aforementioned Repsol and Eni would be waiting for “the go-ahead” that would allow them to “re-launch” their work in that country.

“We expect that there will be a pronouncement that will allow the European operating companies to approach and reactivate, in a broader way, their operations in Venezuela, including, of course, what has to do with the commercialization of products”, said one of the directors of CPV to the aforementioned agency. In any case, with Chevron’s participation alone, crude oil production would increase by 125,000 bpd.

So far, oil companies that have any relationship with the United States and that work with public companies in Caracas face serious consequences. In that sense, it is to be expected that many oil companies will demand the same treatment as Chevron to operate in Venezuela.

It should be taken into consideration that Repsol has large capital invested in the Orinoco Oil Belt (the country’s largest reserve). It also has stakes in other companies in the west of the country. The same can be said of Eni, which shares ownership with some state-owned companies.

The Venezuelan economy hit rock bottom during recent years with savage hyperinflation and an unprecedented increase in extreme poverty. The easing and stimulation of trade with the U.S. dollar allowed a recovery with a marked trend. This year, the country emerged from hyperinflation, but conditions remain impoverished for millions of people.

Authoritarian government, poor labor conditions, abuse of authority, corruption and the subjugation of public powers to the executive and other issues remain unchanged. However, the need for oil forces Western countries to swallow thickly and smile at government representatives and their pleas to lift sanctions.

On the corporate level, companies are more apolitical and adapt to US demands. Consequently, whether the US government classifies countries as “bad” or “good” depends on the willingness of companies to work with them. Operating in Canada, Venezuela or Saudi Arabia is indifferent to the directives of companies that only seek to trade a resource in the market.

It is a matter of time to know if Chevron will be joined by other companies, on which depends whether Venezuela will once again become one of the largest exporters. The opposition to the government looks totally blurred and its plans to demand Maduro’s “unconditional resignation” have become a fight for “free elections”. Whatever happens in domestic politics, everything indicates that the South American country’s oil will be present in the markets as of 2023.

Operating in Venezuela is a high-risk gamble

The fact that Venezuelan actors remain the same in this new stage generates valid concerns among Western nations. The fact that Caracas is a strong partner of Russia and Iran and the relations with those countries are deep and long-standing should not be ignored. Thus, it cannot be ruled out that the authorities of the Spanish-speaking country may decide to use its large oil reserves as a weapon of blackmail to demand better treatment from countries on this side of the world.

At the same time, it should be noted that Venezuela is one of the founding countries of OPEC, which automatically becomes a guarantee of problems. It should not be lost sight of the fact that this organization of exporters was born with the intention of keeping crude oil prices high and it is unlikely that Caracas would adopt a line that contradicts the mandates of this cartel.

The Venezuelan government’s position is extremist from its roots and the moment it feels strong it could resume its ideological plans for state control of the economy. The latter may translate into expropriations of foreign companies’ assets, as already happened during the government of the late President Hugo Chavez.

Operating in Venezuela, as can be guessed, could lead to negative consequences for Western countries. But the alternatives to Russian or Iranian oil are few and the United States and Europe seem to have no other options but to play a very risky card.