U.S. central bank officials are reportedly contemplating lifting their foot off the accelerator on monetary policy. 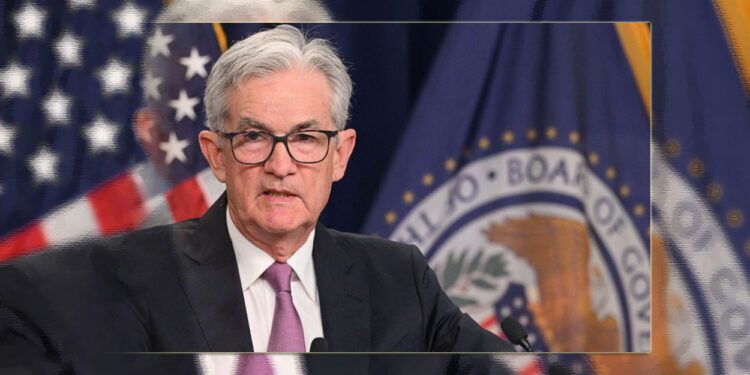 U.S. Federal Reserve officials are reportedly close to moderate interest rate hikes. This is indicated by the minutes of the recent Federal Open Market Committee (FOMC) meeting released on Wednesday. The move to ease monetary policy would be executed despite the fact that there is no clear signal of consumer price de-escalation.

The most recent data for the month of October shows inflation at 7.7%. This is the lowest point since January, but still above the 40-year high range. Aggressive rate hikes have had some effect, although they would not be clear enough for the Fed to send the hawks packing.

In any case, during the last meeting, officials warned that excessive aggressiveness could jeopardize financial stability. In that sense, analysts expect rate hikes in December to be 50 basis points. That would break a string of four consecutive 0.75% increases. However, a 0.5% increase is still strong and would add more points to the overall rate.

The Federal Reserve fears a very negative impact of its policies

The Federal Reserve’s monetary policies have not gone unnoticed in the U.S. economy. Although economic growth moved out of contractionary territory during the third quarter, that does not indicate a turnaround improvement. On the contrary, the increase in the price of money is hitting important sectors and, above all, the pockets of households.

Employment, which looked like a rock, is already beginning to show some fractures in some sectors, such as technology. Important companies in this area have announced layoffs and a halt in new hiring. A similar situation is being experienced among automotive companies and retail chains. Unemployment could shoot up dramatically from one moment to the next. It should be noted that changes in the state of employment are not usually gradual.

Currently, there is some respite as people make a supreme effort to meet year-end expenses. This scenario is stimulating the retail sector and is growing employment and the economy in general. However, the usual January slump could be doubly acute for household and business budgets. The first quarter of 2023 would be the truest reflection of the impact of monetary policies. There, it will be clear when inflation will recede as a result of the central bank’s actions.

As a result, Fed officials fear that aggressive rate hikes at the end of the year could be disastrous. “A substantial majority of participants felt that a deceleration in the pace of increases would likely be appropriate soon,” the minutes read. The minutes add that the uncertainty caused by monetary policy will have consequences “on economic activity.”

Similarly, a moderate hike would give policymakers time to gauge the impact of monetary policies on growth.

An agreement among Fed officials

According to Reuters, the Fed is divided between officials who push for aggressiveness and, at the other extreme, the group of moderates. As such, both sections would have come to an agreement taking into consideration concerns about the effects of tight policies. In other words, both hawks and doves would have the same concern.

As already highlighted, officials fear that aggressive rate hikes will hurt economic growth. At the same time, there is a sense that very high rates could hurt financial markets that are considered critical to stability in the U.S. Although central bank officials have always made it clear that they will do what is necessary to curb inflation, that range of action is likely to have red lines.

The cited portal speculates that within the central bank there could be significant disagreement that would be greater as policies take effect. This would cause the “heavy load” trend to be close to ending and the following increases would be milder until reaching the authorities’ expected ceiling.

Fed representatives would have agreed that inflation has already shown some small signs of receding. One should not lose sight of the fact that the Fed’s decisions are based on results. Hence, the November inflation numbers should be expected to be crucial in determining the exact percentage of the next rate hike.

A 0.5% increase in December would be desirable to avoid damage to the financial system, as it would give some breathing room to major institutions and companies. Some officials agree with reducing the magnitude of rate hikes, but do not consider the timing to be right and called for waiting a little longer.

But one issue is the Fed’s plans to lower inflation and another is the external conditions that stimulate it. Fuel prices and the multiple consequences of the war in Ukraine could cause further damage during 2023. The pace of the war, at a noticeable standstill, appears not to be to the liking of U.S. policymakers.

If the U.S. government does not press Kiev to open negotiations with Russia, inflation is likely to become highly volatile. In that sense, the Fed’s actions could put a brake that would be broken again and again by events related to the front. So far, Ukrainian authorities refuse to negotiate with the Kremlin. However, Pentagon officials believe that it will be very difficult for Kiev to regain all the territory occupied by Russia.

The other side of the external issue has to do with the attitude of the Organization of the Petroleum Exporting Countries and its allies (OPEC+). This cartel wants to keep crude oil prices high despite the resistance of the consumer nations. This struggle has been creating tensions between the two groups of countries, which puts the price of fuel at the center of concerns about rising inflation.

It is to be considered that if tensions between OPEC and consumers continue, the scenario could be demand destruction. In other words, if inflation continues to rise due to fuel prices, the Fed could become more aggressive with rate hikes until it pushes the economy into recession. In that hypothetical scenario, demand for oil would plummet, causing a sharp decline in oil prices.

Markets on the lookout

At the extreme end of the markets, investors are still looking for clues as to what the next interest rate hike will look like. Hopefully, a lowering of the intensity of the next move will lift investors’ spirits again. The result would be a likely rally in stock prices that could extend into the first few months of the year.

In recent days, central bank officials have offered consensus statements on the need to keep up the fight against inflation. But they do not exclude the expected possibility of slowing the pace of increases. With this, almost all analysts expect an increase of 50 basis points in December, but thereafter the course is uncertain.

According to CNBC, markets expect a few more rate hikes in 2023. With the sum of these, the funds rate would stand at approximately 5%. Subsequently, by the end of the year, there would be some reductions, which would be aimed at seeking a balance through correction.

For the markets, the final statement of the Fed representatives is unequivocal and translates into an easing of pressure. “In determining the pace of future increases in the target range, the Committee will take into account the cumulative tightening of monetary policy, the lags with which monetary policy affects economic activity and inflation, and economic and financial developments,” the minutes state.