These include oil giant Sinopec and Aluminium Corporation of China. Beijing does not agree to have its accounting books audited by the U.S 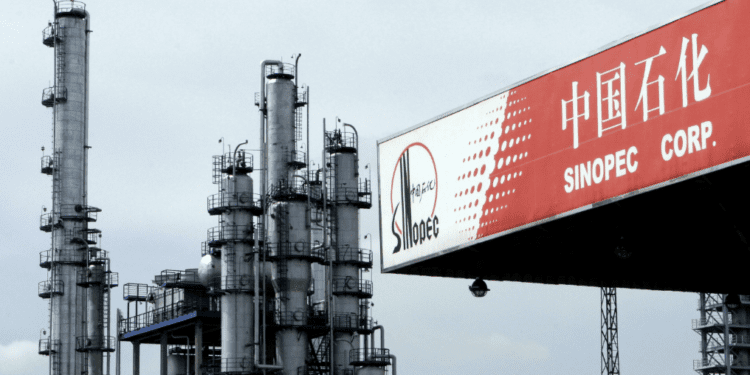 The U.S. Securities and Exchange Commission (SEC) has been demanding and investigating Chinese companies subject to public offerings on Wall Street. Arguing that they do not meet the required auditing standards the way forward for companies of Chinese origin is sealed for many of them.

Today it was reported that five Chinese state-owned companies will delist their shares on Wall Street at the end of this month. They are China Life Insurance, oil giant Sinopec, Aluminium Corporation of China, PetroChina and Sinopec Shanghai Petrochemical. The diplomatic and economic tension between the two countries is more than evident.

The five companies were added to the Holding Foreign Companies Accountable Act (HFCAA) list in May after they were notified that they did not meet the auditing standards required by U.S. regulations. The companies will continue to list their shares on the Hong Kong and mainland China markets. Despite the delisting of these companies, both countries have sat down to negotiate how to resolve this long-standing dispute, in which other Chinese companies may follow suit. One of them is the e-commerce giant Alibaba.

The primary reason Washington is claiming Chinese companies have full access to their books. However, Beijing prohibits any kind of foreign inspection in accounting matters, citing national security orders.

These outbound moves come amid geopolitical tensions between the two countries. House Speaker Nancy Pelosi’s visit to Taiwan has been a key bone of contention between Washington and Beijing.

“These companies have strictly complied with U.S. capital market rules and regulatory requirements since their listing in the U.S. and elected delisting for their own business considerations,” the China Securities Regulatory Commission (CSRC) said in a statement.

“China is sending a message that its patience is wearing thin in the audit talks,” said Kai Zhan, senior counsel at Chinese law firm Yuanda, which specializes in areas including U.S. capital markets and U.S. sanctions compliance.

The crusade against Chinese corporate actions is not unique to the Biden Administration. When Donald Trump was president China Telecom, China Mobile and China Unicom were delisted. This followed a government decision to restrict investment in Chinese technology companies. Despite major differences between the two leaders, that ruling was not changed by the Joe Biden administration and remains in place.