Ford confirms increases of up to $8,500 depending on the model. This is due to the price of nickel, cobalt and lithium, raw materials for batteries. 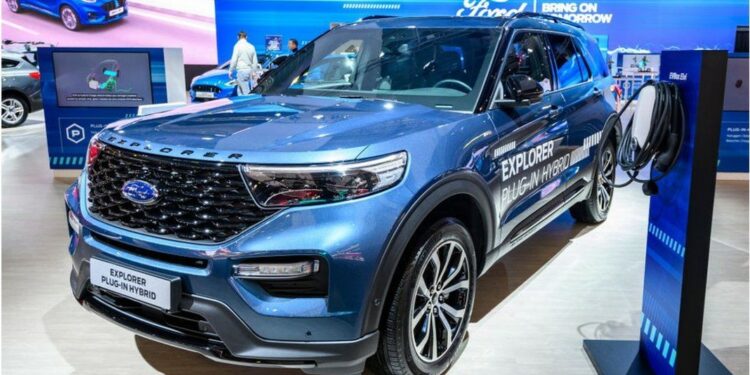 Inflation in the prices of nickel, cobalt and lithium, essential materials for the manufacture of batteries, caused electric cars to increase in price. “We believe that we should not foresee any other result than an increase in prices”, explained Ford Motor Company’s CEO, Jim Farley, explaining the complicated situation.

That’s right, the U.S. company announced this week a price increase for its F-150 model, while looking for alternative batteries to reduce costs.

The main vehicle manufacturers have been denouncing for some time the increase in the prices of raw materials used in the production of batteries for electric cars.

This situation, in addition to delaying the electrification of their models, has caused vehicle prices to increase exponentially.

In view of this, Farley believes that the costs of raw materials for this type of automobile will not be reduced in the short term.

According to a CNBC publication, this means that the company will continue to increase the price of its new electric vehicles.

“I don’t think there will be a reduction in the value of lithium, cobalt and nickel in the near future,” Farley himself had assured a few days earlier at a conference held at one of Ford’s plants in Michigan, United States.

This analysis came a few days after the company announced that it would increase the prices of its electric F-150 model.

Ford points out that this increase is caused by “sharp increases in raw material costs”.

How much will they increase? According to the brand, the increases will vary between 6 thousand and 8.5 thousand dollars, depending on the vehicle.

Rising selling price of electric cars: Ford is not alone

However, Ford is not the only company with this problem.

The main competition of all manufacturers that want to gain a foothold in the electric vehicle market, Tesla, also raised the price of its models in recent months in the United States.

The company’s CEO explained that the sudden increase in the cost of the materials used in its lithium-ion batteries is the reason why Ford is looking to produce lithium iron phosphate batteries, which have a lower cost in models such as the F-150 Lightning and the Mustang Mach-E.

“We think lithium iron phosphate (LFP) batteries are critical if we want to make e-cars affordable,” he said.

In July, the company announced it would begin offering LFP batteries from China’s Contemporary Amperex Technology that do not use nickel or cobalt.

Indeed, they plan to offer the 2023 Mustang Mach-E model at a lower price.

Ford is looking to expand this option to the F-150 Lightning model by 2024 as well.

This is one of the many companies researching the development of solid-state batteries for electric cars.

Solid-state batteries have the potential to give electric car users more range, faster recharging and reduce the risk of fires. Solid Power said a few days ago that it is close to making prototype deliveries of such batteries to Ford and BMW by the end of 2022.

Ford and its restructuring

Ford must face for these months a strong internal restructuring that includes the departure of workers, as the company seeks to boost its electric car business, Farley implied.

At a conference held at Wolfe Research, the executive pointed out that Ford’s two engine units, the one that produces engines for traditional cars and the one that manufactures batteries for electric cars, are recording lower profits than expected.

Among the reasons are overstaffing, high complexity between units and overinvestment.

“We have too many employees, overinvestment and overcomplexity,” he said.

“We need to focus on the opportunity for digital and electric growth, but we have a lot of room in the gas car business to deliver better quality, reduce structural costs and reduce complexity,” he explained.

Farley said the company needs a “talent restructure” as it transforms its business.

Ford’s strategy is to invest US$30 billion in electric cars over the next three years in an effort to restructure its business.

This reshaping will need workers with different skills than the current workforce, from those in charge of developing the cars to those driving change management, according to Ford’s CEO.

The company’s challenge nicely explains what the entire industry is facing, with many companies scaling back their offerings of combustion vehicles.

Manufacturers that were primarily dedicated to these types of cars have many engineers and technicians who will need to be replaced by digitally focused employees who can drive the electric vehicle business.

“The skills dedicated to combustion engines and that of electric motors are different,” said the company’s CEO.

“It’s impossible to ask a combustion unit worker to do certain things. It requires a lot of time,” he added.

One example of the paradigm shift taking place in the automotive industry is the General Motors plant in Lordstown, Ohio.

The plant closed because electric cars require fewer components and fewer employees to produce them.

In this scenario, a good part of the traditional engine automotive plants are at risk. There is no doubt, their future is uncertain.

As Kristin Dziczek, an industry analyst, said at her last conference: engineers and technical workers who make cars and combustion engines are going to have trouble staying in their jobs and getting new ones, because the supply of those jobs will fall.

According to the expert, it will not be easy for companies to relocate these workers to new business models. For Dziczek, “this is the most important concern of the industry at this time”.

In parallel, there will be new opportunities for other job profiles different from the current ones. Ford’s CEO said last week that in order to sell in the electric car market, the idea is to boost much more sales through digital channels and to have less stock in relation to the one they have with combustion engine cars.