2 Million Bikers Invade D.C. and Remind Us That 9/11 Still Means Something to Real Americans

Home » 2 Million Bikers Invade D.C. and Remind Us That 9/11 Still Means Something to Real Americans

I am not always the sharpest knife in the drawer. I heard about this “Million Muslim March” and did some research. I found out that it might be more like a “Dozen Muslim March” and I wrote an article about that. Why? Because I thought that a lot of bikers were going to D.C. only to be disappointed.   I was trying to help them out, but, as sometimes happens with me, I was failing to see the big picture.

A few days ago I was talking to a friend that is going and he told me that I was missing the point. This was not about 12 Muslims who will be looking for a place to hide. This is much bigger than that. This “2 Million Bikers” ride is more about sending a message to our government than to intimidate a few Muslims. I believe his exact words may have been, “Dean, this is the warning shot. There will not be another.”

When I first heard about these 2 Million Bikers, I couldn’t really believe it was possible. I thought about the IRS Tea Party protests and the disappointing numbers. I thought it would turn out being 20,000 bikers and that would be a very good showing. I was very wrong. As of Tuesday afternoon there were reports of 800,000 bikers on the road and headed for D.C. Wow!

The above video didn’t impress me that much at first, but then I thought about the scope of this thing. This is just one road at one point in time. There are 800,000 on the road, at a minimum, and they really could hit the 2 million number.

Today I wanted to write this huge article about what 9/11 meant to me and why it is sacred to Patriots. There is nothing I could write that would inspire anyone more than what is happening right before our very eyes.

Two million, and yes I now believe that number is possible, bikers are headed to D.C. to take a stand for their freedom, my freedom and yours.

We don’t know the truth of who the enemy is or was.

Now we are being told that it is in our interest to support Al Qaeda in Syria. Did 10,000 people die at the hands of Al Qaeda so that we could support them? Who could blame our service men and women for objecting to the idea of supporting the terrorists who killed their brothers and sisters? 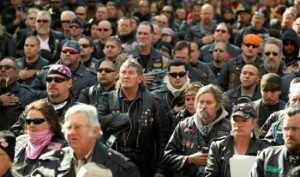 Somehow the politicians are still failing to see this point.

We live in a land of confusion, scandals and political spins that none of us can keep up with.

We don’t know if we have any friends at all in D.C. We send these officials to the Capitol to represent us, and they always seem to let us down.

So are these bikers going to D.C. to rattle a few Muslims? Nope. I get it now and I am kicking myself for not finding a way to go take part in this. 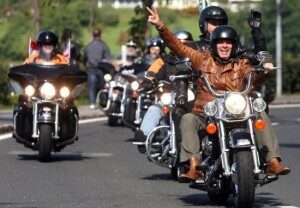 There is an unspoken theme behind this ride.

Twelve years later we have finally decided that enough is enough. We are taking our country back no matter what Obama or his partners in crime say.

It is not negotiable. We are no longer begging these people to do the right thing. We are sending a message today that this 9/11 is much different than the previous 11. Twelve years later we are awake.

September 11th, 2013 will be remembered as the day when millions of Americans made a statement. This is our country and we are taking it back no matter how far we have to go to do it. It is a new day of independence. 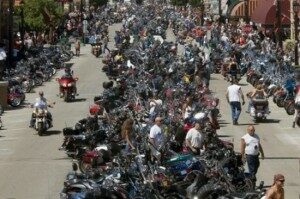 Much like July 4th 1776 when we declared that we were no longer slaves of Britain, today there is a new declaration being made. We will no longer be ruled by servants who act as our masters.

My friend was right. This is a warning shot and there will not be another.

I would like to thank each and every one of you who rides today in body or simply in spirit. There may be 2 million bikers in D.C. but even if it is just 20,000 it will not matter. For every biker there in body there are 100 there in spirit who are riding with them.

Thank you so much for giving us something to believe in on a day when we badly needed it.

God Bless America. We cannot rest and we cannot give up.

This is our time. 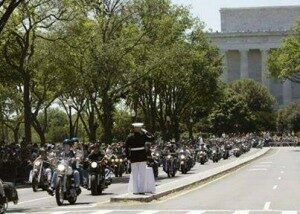 “FOR ALL WHO ARE ASKING: HERE IS SOME IMPORTANT ANSWERS TO QUESTIONS YOU’VE BEEN ASKING~~ YES, WE RIDE AGAIN NEXT YEAR YES, WE WILL KEEP THIS PAGE GOING

& LAST REPORTS WE HEARD, RIDERS WERE ESTIMATED AT 1.2 MILLION”

Keep in mind that many of the bikes were carrying more than one person. I think it’s more than likely that the 2 million count was reached. If not, it was pretty close.

Could The Petrodollar Be On Its Last Leg?