What would our founders think if they could see us today?  Every great civilization throughout human history eventually entered a period of decline, and we continue to get more evidence every single day that America’s decline is accelerating.  But even though I am constantly writing about this stuff, I was absolutely stunned when I first saw the photo above.  If Kyrsten Sinema had shown up on the floor of the U.S. Senate looking like that in the old days, she would have been immediately hauled away.  But today, apparently it is perfectly acceptable for America’s first bisexual senator to parade around the Senate floor looking like a prostitute.  Quite a few conservatives have remarked that she looked like the character that Julia Roberts played in Pretty Woman, but in my opinion, that is being way too kind.

Look, I have never been in favor of extremely strict dress codes either, but if you are going to represent an entire state in the U.S. Senate you should at least try to show a little bit of class.

Of course, the truth is that Sinema is simply the product of a culture that is becoming less classy with each passing year.

For example, just consider what is happening in Tennessee.  State Representative Antonio Parkinson has proposed implementing a dress code for parents when they visit public schools in the state.  He did this because of all the horror stories that he has been hearing…

“People wearing next to nothing. People wearing shirts or tattoos with expletives. People coming onto a school campus and cursing the principal or the teacher out. These things happen regularly,” Parkinson said.

“A principal I talked to told me a lady came into the office with her sleepwear on with some of her body parts hanging out. You got children coming down the hall in a line and they can possibly see this,” he added.

Another indication of how much America has changed since the old days comes to us from New York state. 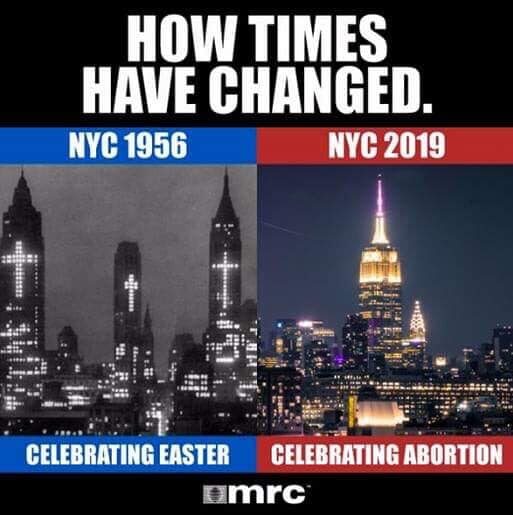 They just passed a law that will ensure that abortion stays legal in the state even if Roe v. Wade is overturned, and it makes abortions “legal all the way up to birth”…

To the sound of supporters chanting “free abortion on demand, we can do it, yes we can,” the New York legislature just passed the terribly named “Reproductive Health Act.” It’s the most radically pro-abortion state-level initiative in recent memory.

The new law has nothing to do with health, and everything to do with death. It removes abortion from the criminal code and makes it legal all the way up to birth, allowing all doctors and midwives to kill unborn babies, no questions asked.

To celebrate passage of this new law, New York Governor Andrew Cuomo ordered One World Trade Center to be lit up pink that night…

In response, this is what country music legend Charlie Daniels had to say about this new law on Twitter…

Watch the wrinkles on Cuomo’s face lengthen as the ramifications of the thousands of murders he has sanctioned come to bear on him. The NY legislature has created a new Auschiwitz dedicated to the execution of a whole segment of defenseless citizens. Satan is smiling

This third photo is one we’ll never forget.  Nick Sandmann has been through hell and back because of this image, but he never deserved any of the abuse that he has received. 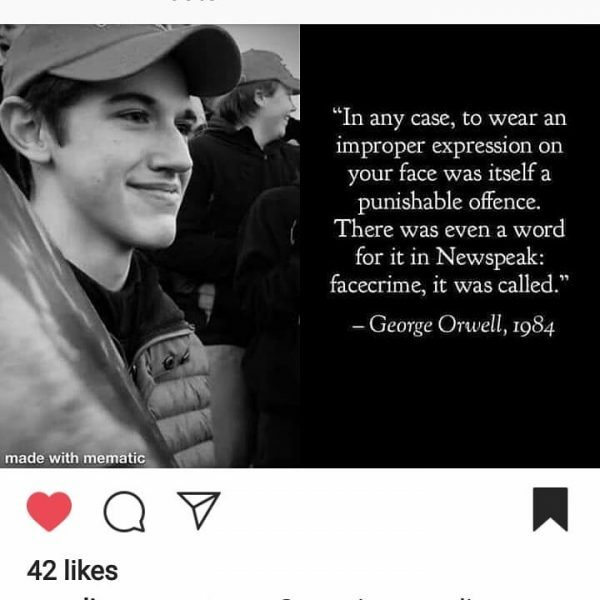 As the video evidence has clearly demonstrated, crazed leftist Nathan Phillips boldly approached Nick Sandmann and started beating a drum just inches from his face in an attempt to intimidate him.

But Sandmann refused to be intimidated, and instead, he chose to courageously smile as a grown man wildly pounded a drum directly in front of him.

Nathan Phillips should be the one that the mainstream media is ripping to shreds, but instead, it is Nick Sandmann that is getting all the abuse because he was the one wearing the MAGA hat.

The mobs of crazed leftists in Washington D.C. that I envisioned in “The Beginning Of The End” are beginning to materialize.  There will be a lot more controversial confrontations between liberals and conservatives in cities all over the nation, and things are likely to get a lot uglier as we approach the next presidential election in 2020.

As much as we may wish that it could be true, America is never again going to be the same place that it was 50 or 60 years ago.

All nations change, and our country is currently evolving at a pace that is absolutely breathtaking.  If we stay on the path that we are currently on, we will continue to rapidly decline and our fate will be inevitable.

But as long as there is still time on the clock, there is always an opportunity to turn things around.  My hope is that there will be a great awakening among the American people, because time is quickly running out.

The Human Toll of Terror

The Human Toll of Terror