“We have allowed these people to build up within our country a cadre of folks who are waiting for the word to carry out domestic terrorism against soft targets with the aim of bringing this country to its knees; bringing it down, introducing it to disorder and chaos on a large scale,” he said on The Talk To Solomon Show LIVE.

Keyes said not to worry about that though, but instead get focused on what that IRS is doing, as if that was the immediate problem. Of course he spoke tongue in cheek.

“Benghazi was part of what would lead us to realize that the people that we have placed in the White House could very well be working a strategy that collaborates with and comports with the very people who are trying to kill us, telling us that we are not at war so that we won’t prepare,” he said. “Telling us that we are not being attacked in a way that is systematic and organized and intentionally aimed at destroying our way of life so that we won’t react to it; in a way that starts to look around and ask why so many things that Obama has advocated and done and is practicing contributes to the disorder and decay and the weakness that has set us up for this defeat.”

The former ambassador then said, “The actions of this Obama faction in consolidating the tools and instruments that would be needed to fasten the structure of martial law and totalitarian tyranny on this country by force ought to be put together with the fact that we’re now experiencing the implementation of a terrorist strategy aimed at producing the very kind of disorder, confusion, fear and anger that would then provide an excuse for that fastening on the country of martial law.” 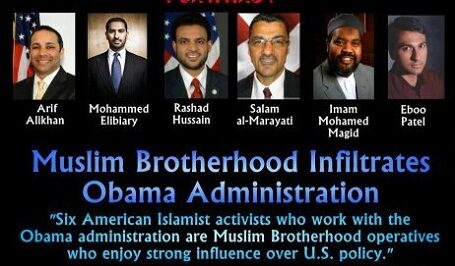 However, it does go further than the Islamists. Our own government has been complicit in destroying our way of life in how they respond to the terrorist attacks. Instead of doing something that would actually deal with the real culprits in these matters, they seek to restrict the freedoms of Americans. Instead of follow the law they seek to skirt it and yes this happens on both sides of the aisle. They do it with the PATRIOT Act, NDAA, attempts to pass cybersecurity and various other methods.

Keyes is right on about this. It is a strategy. While officials in his administration claim incompetence and idiocy concerning what happened in Benghazi, I believe it is strategic. The man knows exactly what he’s doing in these matters. The only thing I disagree on is that the IRS issue is a real issue of targeting Americans that needs to be addressed as a criminal matter.

Obama Releases 30,862 Illegal Alien Criminals into US Cities and Neighborhoods