Is Alexa Manipulating the Internet Rankings of Your Favorite News Sites?

I’ve only been in the alternative news website business for about three years. I’ve learned a lot in that time. I’ve learned that certain analytics companies are better than others. One that is often referenced, possibly due to its long standing history, even before there was such a thing as Google, is Alexa. However, a conservative alternative news site is calling into question the Amazon company in light of recent changes that have shown conservative sites tanking in Alexa rankings while liberal websites are climbing.

Those who run watchdog news websites are scratching their heads and trying to make sense of the latest data released by a California company that measures website traffic.

According to data for July through September, almost every major website – from WND to the Drudge Report and Breitbart – saw its rankings drop on Alexa.com while pro-government sites mostly went up.

Alexa Internet Inc. is a subsidiary of Amazon.

Familiar names in alternative media like the Drudge Report, Breitbart, Infowars, the Blaze, Newsmax, WND, FoxNews.com,and the Daily Caller all saw their rankings plummet while sites such as NPR.org, the Daily Kos, Democracy Now!, Media Matters and ThinkProgress all rose in the rankings.

Here are some screenshots that Hohmann provided, which compared the Drudge Report and WND to The Daily Koss and Media Matters.

Then he compared Foxnews.com to PBS.org. 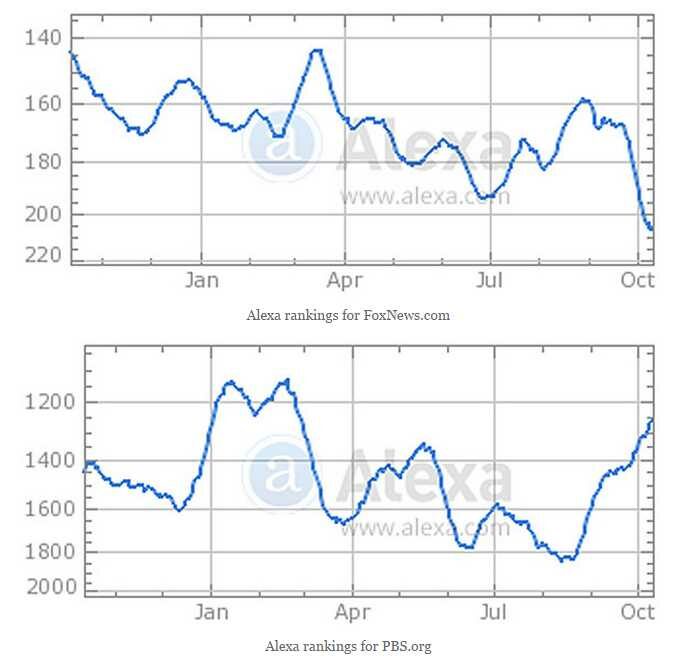 Then there are the rankings for DailyCaller.com compared to the degenerates at MSNBC.com 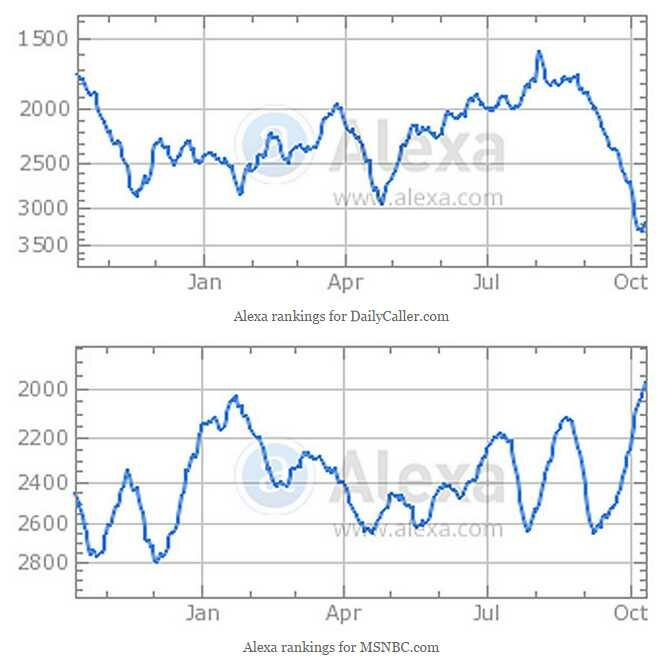 Finally, a comparison of the pro-death group PlannedParenthood.org to the pro-life organization LifeNews.com 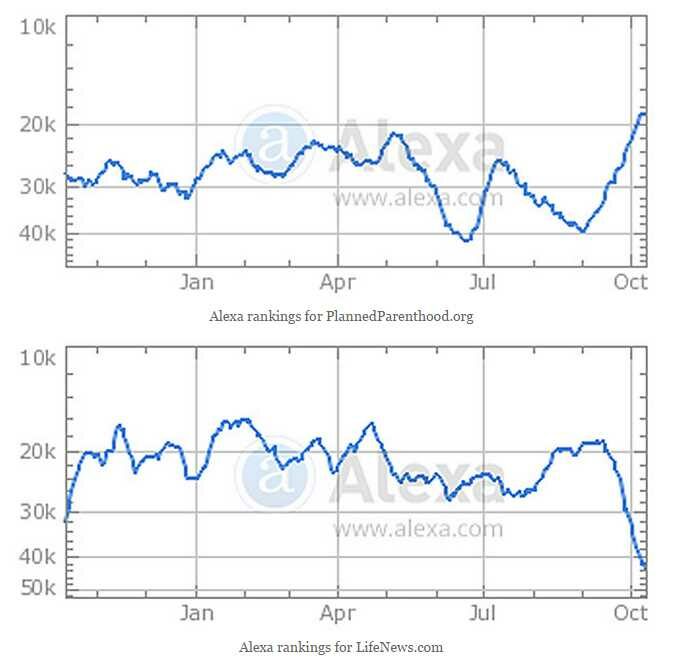 Of course, there has always been speculation about various social media outlets such as Facebook restricting conservative sites on their platform, as well as Twitter being used to manipulate people’s perceptions by those that have been caught playing both sides in an effort to make conservatives look bad. This latest issue was reported on here and, honestly, when you read what’s there, it will make your blood boil and you will want to get your hands on someone.

There is no doubt that SEO and rankings can be manipulated. I’ve seen it done before. However, this is more than a coincidence, especially coming up to a mid-term election. These rankings help potential advertisers determine where they are going to spend their dollars.

In light of that, should one consider that Alexa is somehow doing something unethical? Alexa set forth what they were doing in an October 1, 2014 post. Leigh Katcher wrote, “A bigger data sample with more robust global traffic coverage means we can make better estimates, translating into more accurate rankings, traffic metrics, and actionable recommendations.  With better data, we’ll be able to offer deeper insights into your site, your competitors’ site and overall traffic strategy.  One immediate result of the additional data is that you may see your traffic rank fluctuate, especially for sites ranked greater than 100,000.”

Well, of course, Leigh. Only people with 100,000 or less ranking worldwide get to see those numbers in the first place. But pay attention to how they determine those rankings.

“As we mentioned above, our traffic estimates are based on data from our global panel, which is a sample of millions of Internet users using one of over 25,000 different browser extensions,” she wrote. “However, we don’t just rely on browser extensions.  We also gather much of our traffic data from direct sources, including sites that have chosen to install the Alexa script and certify their metrics.  It is this unique combination of data from our global panel, plus data from directly measured sources, filtered through our advanced statistical models that allow us to provide you with robust and comprehensive metrics.”

Sites like the Daily Caller and Infowars told WND that they saw significant increases from August to September, but their Alexa rankings didn’t reflect any of that.

WND’s Joseph Farah commented, “What’s happening at Alexa.com is shocking and demands a public response from Amazon.com, which owns the company. Over the 17 years WND has been around, we’ve seen this kind of thing before. It smacks, at first glance, like a deliberate effort to destroy and discredit alternative news sites – especially those that don’t grovel at the feet of government and seek to be the watchdogs the American press are supposed to be.”

“How does one explain the disparity between the recent gains on Alexa by statist, pro-government, pro-status quo, establishment sites and the precipitous drops on Alexa by the anti-establishment alternatives?” Farah asked. “These rankings are not based on dropping traffic. No such drop is taking place. The Alexa rankings over the last week suggest the company has thrown out its role as a politically impartial Internet ranking service and thrown its lot in with search engines like Google and Bing, which admittedly give preferences through their algorithms to establishment Internet content sites like CNN and Huffington Post.”

I can answer that question. It’s called manipulation. Hohmann quotes one producer of a major conservative website, who wished to remain anonymous, that said that he doesn’t use Alexa because it’s “not a perfect snapshot.”

“A lot of the sites you listed spend thousands a month to boost their posts, their traffic,” he said. “We don’t do that. It’s amazing to me how people can artificially inflate their traffic one month. Many have spent tremendously by paying Facebook and Twitter. A lot of it now is driven in the social media sphere. So my view is, I don’t want to voice any grievance against any of them – my traffic is my traffic and I’m responsible for it – but everybody is at the whim of the Facebook algorithm.”

I would agree with that. I’ve seen it at the sites I write for and edit. In fact, if you really want to get into issues with Facebook, all you have to do is see the chokehold they’ve place on people after they have paid to get Facebook likes, but then are asked by Facebook to pay more to get their posts out to those that liked their page. In the end, it’s just like gun control. It’s all about control and money.

Bill Gates is in Favor of Going after Your Guns

Nurse Amber Vinson had a Personal Responsibility to Quarantine Herself

Nurse Amber Vinson had a Personal Responsibility to Quarantine Herself