Is America a better place today than it was back in 1956?  Of course many Americans living right now couldn’t even imagine a world without cell phones, Facebook or cable television, but was life really so bad back then?  60 years ago, families would actually spend time on their front porches and people would actually have dinner with their neighbors.  60 years ago, cars were still cars, football was still football and it still meant something to be an American.  In our country today, it is considered odd to greet someone as they are walking down the street, and if someone tries to be helpful it is usually because they want something from you.  But things were very different in the middle of the last century.  Men aspired to be gentlemen and women aspired to be ladies, and nobody had ever heard of  “bling,” “sexting” or “twerking.”  Of course, life was far from perfect, but people actually had standards and they tried to live up to them.

So how did it all go so wrong?

Could it be possible that life in America peaked back then and we have been in decline ever since?

In 1956, John Wayne, Elvis Presley and Marilyn Monroe were some of the biggest stars in the entertainment world.

In 2016, our young people look up to “stars” like Miley Cyrus, Justin Bieber and Lady Gaga.

In 1956, Americans were watching I Love Lucy and The Ed Sullivan Show on television.

In 2016, the major television networks are offering us trashy shows such as Mistresses and Lucifer.

In 1956, gum chewing and talking in class were some of the major disciplinary problems in our schools.

In 2016, many of our public schools have been equipped with metal detectors because violence has gotten so far out of control.

In 1956, children went outside and played when they got home from school.

In 2016, our parks and our playgrounds are virtually empty and we have the highest childhood obesity rate on the entire planet.

In 1956, if a kid skinned his knee he was patched up and sent back outside to play.

In 2016, if a kid skins his knee he is likely to be shipped off to the emergency room.

In 1956, “introducing solids” to a baby’s diet may have meant shoving a piece of pizza down her throat.

In 2016, we have “attachment parenting” which advocates treating children like babies almost until they reach puberty.

In 1956, seat belts and bicycle helmets were considered to be optional pieces of equipment, and car safety seats were virtually unknown.

In 2016, millions of us are afraid to leave our homes for fear that something might happen to us, and if something does happen we slap lawsuits on one another at the drop of a hat.

In 1956, many Americans regularly left their cars and the front doors of their homes unlocked.

In 2016, many Americans live with steel bars on their windows and gun sales are at all-time record highs.

In 1956, about 5 percent of all babies in America were born to unmarried parents.

In 2016, more than 40 percent of all babies in America will be born to unmarried parents.

In 1956, one income could support an entire middle class family.

In 2016, approximately one-third of all Americans don’t make enough money to even cover the basics even though both parents have entered the workforce in most households.

In 1956, redistribution of wealth was considered to be something that “the communists” did.

In 2016, the federal government systematically redistributes our wealth, and two communists are fighting for the Democratic nomination.

In 1956, there were about 2 million people living in Detroit and it was one of the greatest cities on Earth.

In 1956, millions of Americans dreamed of moving out to sunny California.

In 2016, millions of Americans are moving out of California and never plan to go back.

In 1956, television networks would not even show husbands and wives in bed together.

In 2016, there is so much demand for pornography that there are more than 4 million adult websites on the Internet, and they get more traffic than Netflix, Amazon and Twitter combined.

In 1956, the American people had a great love for the U.S. Constitution.

In 2016, “constitutionalists” are considered to be potential terrorists by the U.S. government.

In 1956, people from all over the world wanted to come to the United States to pursue “the American Dream.”

In 1956, the United States loaned more money to the rest of the world than anybody else.

In 2016, the United States owes more money to the rest of the world than anybody else.

And there is one more thing that I would like to share with you before I wrap up this article. 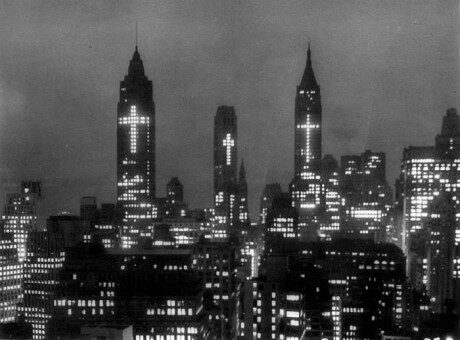 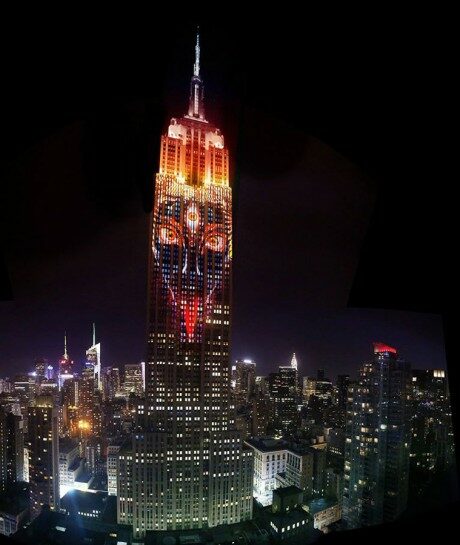 For those that don’t know, that is an image of the Hindu goddess of death, time and destruction known as Kali.  And next month a reproduction of the 48-foot-tall arch that stood in front of the Temple of Baal in Palmyra, Syria is going up in Times Square.

So now that you have seen what I have to share, what do you think?

Article reposted with permission from End of the American Dream

Erdogan: Infidels “good for nothing. They try to destroy our Islamic values”