Iranian American Pastor Saeed Abedini is a victim of the Obama Administration’s treacherous nuclear deal with Iran. Abandoned in Iran’s notorious Rajai Shahr prison, he is facing serious threats on all fronts. His has been attacked at knife-point, robbed, and beaten by other prisoners. If he stays in this prison much longer he will surely die. The conditions in the prison are abhorrent and the threats he faces from other prisoners are so great that he could could be killed in an instant. Pastor Abedini is in critical danger, and if he is not freed, survival is a near impossibility. 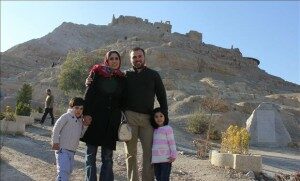 Iran’s Rajai Shahr prison is the worst possible place Pastor Saeed Abedini could be in. Abedini was moved from Iran’s Evin Prison to Rajai Shahr, where five death row inmates share a cell, is quite literally a death sentence for the Christian pastor. According to the ACLJ, the conditions in the prison are deplorable and unfathomable.

“Prisoners are routinely executed, or murdered by other prisoners,” said Jordan Sekulow, Chief Counsel for the ACLJ. “He is not allowed any visitors and he is under quarantine.

Pastor Saeed’s Iranian family was able to visit him yesterday – the second visitation allowed since he was transferred to the deadly new prison last month.

Pastor Saeed is facing constant threats to his very life in the new prison.  There have been several nights where he has awoken to men standing over him with knives.  Pastor Saeed’s “cell” is only separated by a curtain from the rest of the violent prisoner ward he is forced to share, allowing dangerous prisoners – murderers and rapists – unfettered access to him 24 hours a day. 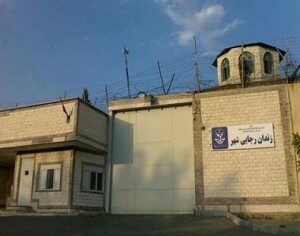 He has no protection from anyone. He has been robbed numerous times, stripped of everything he has. Now he has nothing to use to purchase basic personal hygiene necessities. Scarier still, Pastor Saeed Abedini has no access to doctor prescribed medication, which in and of itself is surely a threat to his life; a life barely teetering in the balance.

The pain in his stomach has returned and he is now experiencing increased pain in what he described to his family as his kidneys.  As a result of repeated beatings in Evin prison, Pastor Saeed suffered from internal bleeding.  After months of being refused medical care, Pastor Saeed was allowed to see a doctor and was prescribed medication earlier this year.  As a result of that medication, his physical condition had improved and his pain had subsided.  However, since being moved from Evin to Rajai Shahr last month, Iranian officials have refused to allow him this critical medication and his condition is growing worse.

If he is suffering from internal bleeding and kidney damage he stands little chance of survival without serious intervention. Kidney function is paramount. So far he has been refused treatment. Not only does he face serious bodily threats from other prisoners, his body is shutting down from within. Not being allowed to receive medical treatment is a human right’s violation that goes beyond what one can imagine. Those in charge are ensuring his death, helping to carry it out themselves.

To make matters worse, the prison conditions and lack of basic hygiene have led to his body being covered head to toe in lice.  Because of the lice and increased pain, Pastor Saeed has been having trouble sleeping.  He is also experiencing symptoms of recurring urinary tract infections.  There is no medication to stop the infections.  He is now also experiencing significant joint pain.

In April, Pastor Abedini was told to deny Christ or stay in prison. He did not deny his faith. Instead, he responded with the most powerful profession of faith one could muster, knowing full well what the consequences would be. He quoted Romans in a letter that was received by the ACLJ.

“Who shall separate us from the love of Christ? Shall tribulation, or distress, or persecution, or famine, or nakedness, or peril, or sword?

“As it is written, ‘For Thy sake we are killed all the day long; we are accounted as sheep for the slaughter.’ Nay, in all these things we are more than conquerors through Him that loved us. For I am persuaded, that neither death, nor life, nor angels, nor principalities, nor powers, nor things present, nor things to come, nor height, nor depth, nor any other creature, shall be able to separate us from the love of God, which is in Christ Jesus our Lord.”

What faith put into action. May God sustain him longer if it is His will. We pray for the release of Pastor Saeed Abedini, but if he is not released and dies in prison, he most surely will be rewarded in Glory. This is steadfast faith in the face of death. There is no greater sacrifice to lay down one’s life for Christ’s namesake.