Editor’s Note:  It’s no wonder.  This is a city that celebrates sodomy, ie. men putting their penises in other men’s anuses and calling it “love” (It’s a shame I have to spell it out for people.).  Don’t tell me sodomites engaging in sodomy is a “victimless crime.”  These people celebrate the most perverted and unlawful acts ever imagined and yet, they want everyone to not just accept them but be like them.  Is this really what you want your city to be in the name of tolerance, America?  God destroyed Sodom and Gomorrah over this and has brought His judgment over other cultures that have glorified the same.  It’s time the city of San Francisco was either brought to justice by man or face the wrath of God here and now.

The “sh*tstorm” in San Francisco has intensified.

In the last week, the city has received over 20,000 complaints of human waste needing cleanup trough its SF311 site.

Over 16,000 complaints have been logged with the City of San Francisco regarding ‘feces’ in the last seven days.

A website and related app that allows local residents to request maintenance or non-emergency services from the city has received 16,015 complaints with the keyword ‘feces’ in the last week at the time of this writing, and many pertain to human waste in public places.

Additionally, words and phrases synonymous with ‘feces’ are found in thousands more grievances.

There are 6705 complaints for the term “human waste” which pushes the total to well over 20,000 with additional complaints for sh*t, poop, crap, fecal matter and other related terms.

I even found 3 complaints for “dookie.” Who uses that word? I thought I was the only one.

As comical as this may be to me, it is not at all funny to the residents.

In fact “Sh*t City” is starting to suffer serious financial impacts as a result of the problem.

Tyler Durden reports that the city just lost a major medical convention over the uncontrolled filth and stench that has taken hold of San Francisco.

A foul odor permeated from a massive bag of human excrement sludge left on a street corner in San Francisco’s Tenderloin district Saturday. As SFGate reports, the horrendous smell and sight quickly gained notoriety when a Reddit user posted a screen shot of a report made to San Francisco’s Citizen app for identifying crimes.

“Twenty pounds of feces dumped onto sidewalk,” the report called out. 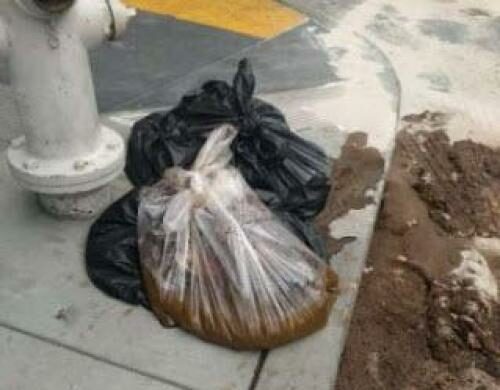 The waste is largely linked to the thousands of people living in the city without housing and without access to public restrooms.

And now, as HotAir.com’s John Sexton reports, the disgusting nature of some San Francisco streets is now starting to have significant economic impact.

Tourism is big business in San Francisco, bringing in $9 billion dollars a year to the city’s businesses. Now, a major medical convention expected to bring in 15,000 visitors and drop $40 million in less than a week has decided it will stop bringing its members to the City by the Bay because they don’t feel safe walking the streets. From the San Francisco Chronicle:

“It’s the first time that we have had an out-and-out cancellation over the issue, and this is a group that has been coming here every three or four years since the 1980s,” said Joe D’Alessandro, president and CEO of S.F. Travel, the city’s convention bureau…

“They said that they are committed to this year and to 2023, but nothing in between or nothing thereafter,” D’Alessandro said. “After that, they told us they are planning to go elsewhere — I believe it’s Los Angeles.”

The doctors group told the San Francisco delegation that while they loved the city, postconvention surveys showed their members were afraid to walk amid the open drug use, threatening behavior and mental illness that are common on the streets.

There was probably not a politically correct way to tell the city that it needed to clean up all of the crap in the streets.

San Francisco has turned into a 3rd World community nestled within a communist state we call California.

If this were my personal residence, or yours, we would surely be hit with hefty fines until we cleaned it up. That is probably not going to happen.

Maybe the solution is more Starbucks stores. Their open restroom policy might keep some of this stuff off the streets.

The answers aren’t easy, but the citizens of San Francisco certainly deserve better.

What would you do?