A West Virginia man is organizing a national rally at every state capital in the nation in support of the Second Amendment on April 14 of this year.

David Clayton, who worked as a short-order cook in a bar, was talked to by Matthew Simmons about the “Patriot Movement.” Clayton, a self-proclaimed lover of history, took some literature and read it and became excited so he decided to look further into the matter.

Mr. Clayton started off in his state in the Three Percenters Original and advanced to Zone Lead and then State Lead, and finally opened up Three Percent Republic in May of 2017 and became the national public relations representative for the group.

Clayton says that he loves the Constitution and has enjoyed his time learning and growing in the movement.

As a result, he has taken it upon himself to encourage constitutionally minded Americans to rally at their state capitals at a time when the Second Amendment is under attack.

Take a listen to this interview on The Liberty Den.

Via The National Constitutional Coalition of Patriotic Americans Facebook page, Clayton has organized times and places for each rally at each state capital in the united States.

Through the NCCPA’s events page, you can find your state and sign up to attend, see how many people are planning to attend or just show up and give your support.  The protests are meant to be an exercise of free speech and in no way is to condone any violence.

The organizing of this event that will span several time zones comes even as Marxists and their useful idiots are planning to storm Washington, DC illegally to advance a Communist-style gun grab as they attack the Second Amendment, the Constitution, and the rights of hundreds of millions of Americans.

We must also lend our support to maintaining our liberty and God-given rights.  God-given rights are not up for debate, America.  It’s time we let it be known that even without the Second Amendment in place, our forefathers recognized that our rights come from our Creator in the Declaration of Independence, not from the tyrannical hand of a government that has thumbed its nose at God, His law and our rights. 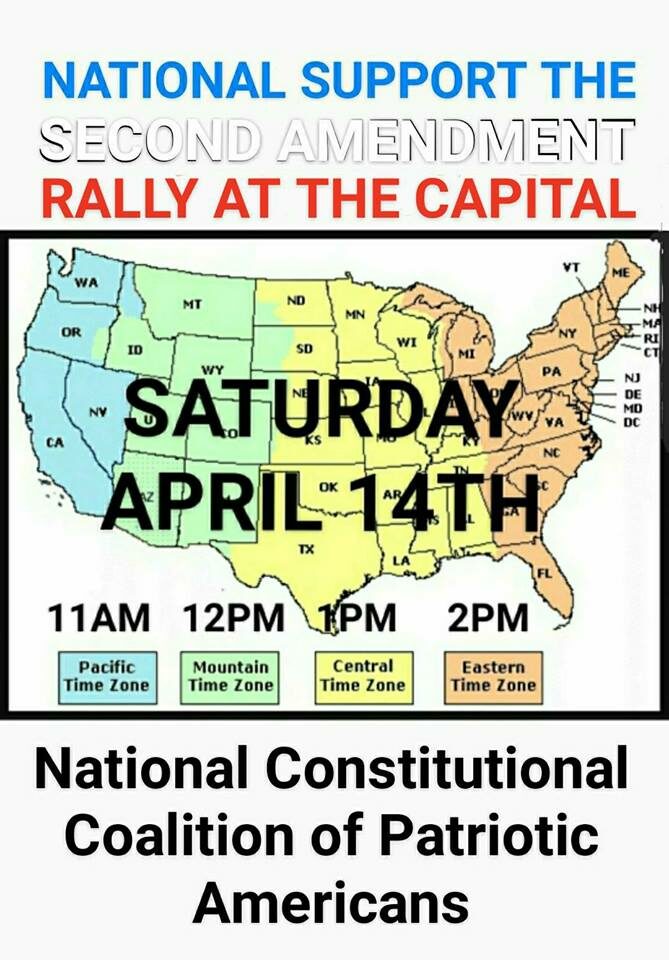