Ares Armor is a small tactical company that operates a store in National City, California. Recently the town of National City disapproved of a sign displayed at the National City store location and told the store, “Take down the sign or go to jail. We do not approve of guns…or you.”

The store has been in compliance with the law and was not doing anything illegal. So why is there a fuss? It’s because of the guns and the message of freedom being promoted by Ares Armor.

Dimitri Karces is a Marine veteran of both Iraq and Afghanistan and CEO of Ares Armor. His staff include other Marines veterans as well.

Karces was born in Utah and moved to California where he has been ever since. Following his service in the Marine Corps, he and some fellow veterans started Ares Armor. 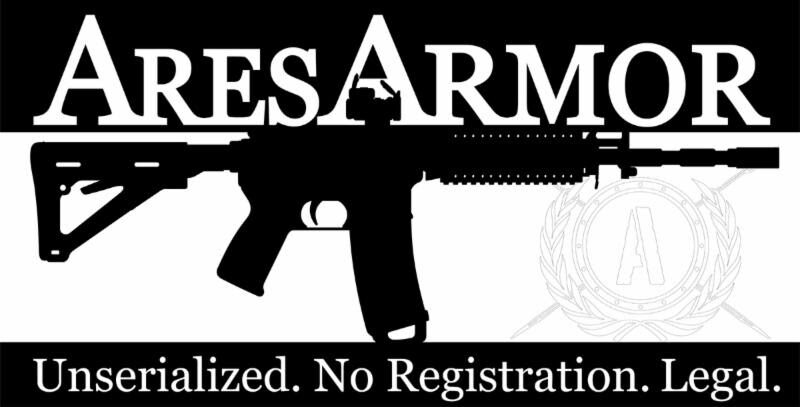 Prior to the city speaking to him about the sign, Dimitri says that a uniformed officer stopped by and took pictures from outside. Dimitri’s neighbor told him that the city didn’t like what they had on their sign, a picture of an AR-15. Notice that the issue was not the sign itself. It was not its dimensions or it being obstructive, but its message.

Dimitri told Freedom Outpost that he invited officers to the store to take pictures and ask questions, which they did. One officer even put his career on the line by telling Dimitri how the city viewed the sign, according to Dimitri.

Notice the level of surveillance of Ares Armor. At the 3:00 mark, notice the unmarked patrol car (the green Expedition) that turns when the officer notices the cameraman in front of the store. He pulls right up next to him at the 3:30 mark in the video below.

What happened following the visit by the officer is that Ares Armor received a letter from the city threatening fines and jail time until the sign was removed.

Ares Armor confirmed with Freedom Outpost that the AR-15 sign was merely a replacement of a previous sign, but not an entirely new sign. The sign had been erected for some time and displayed a banner from another tenant in the same building.

Dimitri says that National City is “putting off the vibe” that they want him and his store to pack up and leave. So far, Ares Armor has spent $10,000 in the appeals process seeking justice from what appears to be a tyrannical city that doesn’t seem to respect the Second Amendment. 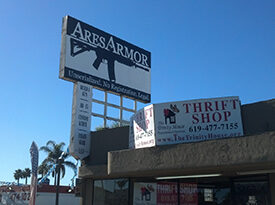 Karces points out that the City has often cited “laws” that don’t exist in their attempts to get him to cave in.

A gentleman by the name of Dustin, speaks around the 11:00 mark in the video to walk everyone through a timeline of what occurred prior to the city’s intervention. He confirms Dimitri’s claims that uniformed police not only made them aware that the city was not happy with the message on the sign, but also took pictures of the outside and inside of their facility.

Dimitri told Freedom Outpost that he has been humbled by the level of support from the community and those hearing his story.

What can you do about it? Well, there’s contact information below my friends. Feel free to respectfully write to or call the following people and let them know what you think. If you don’t speak up, who will? Dimitri and those who work with him have served our country. Isn’t it time we stood up for them?