After Congress defeated the Democrat led anti-gun bill this year, President Obama said he would use executive action to promote his gun control agenda. One of the executive orders signed by Obama prevents military-grade weapons from being imported into the U.S.

If the President can bypass Congress by using agencies like the EPA to shut down lead ammunition smelters, and stop lead ammunition imports by executive order, then you essentially have backdoor gun control. 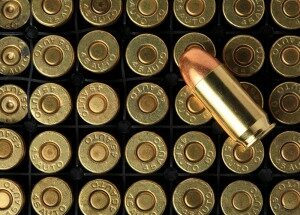 According to the National Rifle Association (NRA), the only lead smelter in the U.S. is located in Herculaneum, Missouri, and owned and operated by the Doe Run Company. It has existed in the same location since 1892.

The Environmental Protection Agency is forcing the company to close due to the excessively emissions restrictions placed on the facility.

According to the NRA, Doe Run made significant efforts to reduce lead emissions from the smelter, but in 2008 the federal Environmental Protection Agency issued new National Ambient Air Quality Standards for lead that were 10 times tighter than the previous standard.  Given the new lead air quality standard, Doe Run made the decision to close the smelter.

Allen West wrote that this closure is basically backdoor gun control because a gun without ammo is useless. TheBlaze.com questions West’s main thesis that the smelter plant closure will effect lead ammunition, but for the NRA it’s a big concern.

According to the NRA website, “At this time, it’s unclear if Doe Run or another company will open a new lead smelter in the United States that can meet the more stringent lead air quality standards by using more modern smelting methods.   What is clear is that after the Herculaneum smelter closes its doors in December, entirely domestic manufacture of conventional ammunition, from raw ore to finished cartridge, will be impossible.”

A shortage of lead used to make conventional ammunition is a big concern not only for gun owners, but also for law enforcement. While visiting a local gun shop in Greenville, S.C., Joshua Cook was told by the owner that local law enforcement was trying to acquire 9000 rounds, but couldn’t because of ammo shortages.

For most Americans, cutting off the ammunition supply chain is not only a national security threat, but a serious threat to the 2nd Amendment and liberty itself.

We will investigate further into this issue and report new information as it develops.