Americans must be reminded, in regards to Barack Obama’s use of executive privilege in the case of Fast and Furious operation documents being requested by the House Oversight Committee, that back in 2007 then Senator Obama was demanding that the Bush administration should not “hide behind executive privilege.” 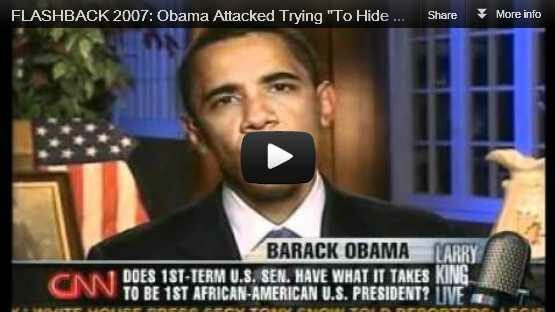 The interview focused on the midterm dismissal of seven United States Attorneys by the Bush administration’s Department of Justice. Barack Obama went after the use of executive privilege claiming that governments that are trying to “hide behind executive privilege every time there’s something a little shaky that’s taking place.”

Yet, this is exactly what Barack Obama has done in the case of the documents that have been subpoenaed by the House Oversight Committee from his own DOJ and Attorney General Eric Holder. Instead of being open and transparent about the information, Obama has sought to cover up what potentially may lead to evidence of his own involvement in the operation.

Eric Holder has just been the front man in the whole episode, but it wasn’t until this week, just before the House Committee voted to hold Holder in contempt of Congress that Obama decided to play his hand at executive privilege. Even the media didn’t know what to do with such an abuse of power.

One things is for sure, we can always count on Barack Obama to be hypocritical when it comes to governing. After all, he is the guy that said, “The only people that don’t want to disclose the truth, are people with something to hide.”

Trump to Put Up New Picture in the West Wing & Clinton Supporters are Going to Lose Their Minds!