Aiding Terrorist Organizations Should Result in Obama Being Charged With Treason

Over the past few days, the world has been reminded of the dangers of terrorism born from radical Islam. The first attack happened at a busy shopping center in Nairobi, Kenya where a Somali terror group with links to Al Qaeda killed at least 60 people and took many more hostage. At present, it seems that at least 5 and perhaps as many as 10 of the terrorists were American citizens.

The second attack came in the form of twin suicide bombings at an All Saints Church, which is a Christian church in Peshawar, Pakistan. The terrorist group responsible for this is also Al Qaeda linked with headquarters in Palestinian territory. This attack killed at least 120 people. The reason for the attack is said to be because of American drone strikes in Pakistan.

These recent attacks only echo the mindset behind terrorist groups such as Al Qaeda, the Muslim Brotherhood, and all radical Islamic terrorist organizations.

This year alone we have witnessed the barbarism of an Al Qaeda rebel fighter in Syria cutting the heart out of a government soldier and eating it. (WARNING: The following videos are graphic in nature)

The bottom line with such groups is the destruction of anyone who is non-Muslim in general and American Christians in particular. 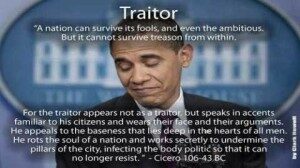 Supposedly, because of the events of 9-11 having been carried out by Al Qaeda, we now live in a Socialistic Dictatorship beginning with the Patriot Act, National Defense Authorization Act, and many other anti-Constitutional bills signed into law over the last decade, as well as over nine hundred Executive Orders signed into law by Barack Hussein Obama alone since taking office.

On the surface, one would think the US is very serious about the security and protection of its citizens from terrorism. However, it seems the US government really doesn’t consider Al Qaeda or any other terrorist organization a threat since we have been aiding these groups overseas since Libya.

Almost since Obama took office, the US has aided terrorist groups financially, with arms, and militarily as was the case in Libya. Since the bombing campaign in Libya to overthrow the Gaddafi regime, this Administration helped destroy the Mubarak regime in Egypt and replace it with the Muslim Brotherhood. As we have seen this year, the Egyptian people didn’t appreciate this and demanded their American backed radical Islamic government be replaced.

Obama demand that Libya’s Gaddafi and Egypt’s Mubarak be replaced by radical Islamic governments only helped to destabilize an area already constantly in chaos. President Obama has been helping terrorist organizations acquire the governments in many countries throughout N. Africa, the Mid-East, and Indonesia since taking office.

The recent desire to bomb Syria and help terrorist organizations come to power there, follows along the same mindset of disposing governments who do not support radical Islam.

The excuse in Syria was that the Bashar Assad regime used chemical weapons in its war with the rebels. What many do not realize is the most recent UN report on Syria cannot without a doubt say just who used the chemical weapons, only that they were used.

A few months ago, a UN report suggested it was the rebels who first used chemical weapons and not the Assad Regime.

In any case, we have a President who is supporting the very factions worldwide we are told are the enemy.

Since we are told terrorism is supposed to be the danger, any American citizen couldn’t send money to Al Qaeda without being accused of being a traitor to their country, and they most assuredly would be arrested and tried on charges of Treason. Yet, President Obama has done everything in his power to aid the enemy in this respect.

Currently, the US is on shaky ground financially with the largest deficit in history. Unemployment is around 18% when all who are unemployed are counted, not just those who are receiving unemployment benefits.

Recently, in a cost cutting measure the House voted to cut food stamps by two billion.

Despite all our money problems here in the US, the President continues to send hundreds of billions of dollars to radical Islamic terrorist organizations around the world.

It is time Americans wake up and not only demand that President Obama be impeached, but brought up on charges of Treason.

With thousands of lives lost in our military since the War on Terror began, along with the over a million lives lost worldwide, we cannot allow this President to degrade and decimate the honor of those who lost their lives defending this nation against those who we were told are the enemy.

Illusion of Prosperity: Deflating the American Dream; No Recovery in “Real” Income