Barack Obama, the great Divider-in-Chief, has been doing whatever he can to convince people that his way is the best way, even though the facts provide an opposite picture. Aside from his usual rhetoric, he is now, once again, emphasizing race relations as a reason to ensure that his agenda becomes the law of the land.

In a recent speech (if he isn’t pontificating, he’s vacationing), he essentially said that if Congress doesn’t get in gear and apply his prescriptions to America’s economy, things will get worse. “If we don’t do anything, then growth will be slower than it should be. Unemployment will not go down as fast as it should. Income inequality will continue to rise…Racial tensions won’t get better; they may get worse, because people will feel as if they’ve got to compete with some other group to get scraps from a shrinking pot. If the economy is growing, everybody feels invested.” (emphasis added)

Basically, in spite of the undeniable fact that Obama’s programs (like Obamacare) are destroying America’s economy, he has the gall to say that if Congress doesn’t do what he wants done, then not only will unemployment continue to rise, but race relations will worsen.

Yet, he and other Democrats are totally behind immigration “reform” that will do nothing but hurt those people already having a tough time getting or keeping jobs because of the economy that Obama has done nothing to help. The sad fact is that people hear his speeches and applaud them, fully believing what he says. There is a huge disconnect between Obama’s reality and the actual reality that is affecting millions of Americans daily. People need to start reading into the plans behind the North American Union. Search it out to find out more. 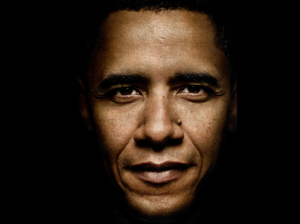 The man behind the curtain…

Mr. Obama’s plan appears to be decimating America’s economy. If that’s the case, then he’s doing a perfectly wonderful job.

He just took a vacation to Africa that cost taxpayers over $100 million. He’s planning another one to Martha’s Vineyard that will cost millions more. How many vacations does this man need? Meanwhile, we’ve got sequestration that is affecting millions of people and the economy is killing businesses left and right and many jobs with it. People are suffering. Not him. Not his family. He treats himself like a king on the taxpayer’s dime and punishes the average citizen when Congress doesn’t comply with his demands.

The most troubling part of what Obama says though is how the worsening of our economy may affect race relations negatively. He is simply planting seeds of discontent. He is giving minorities a reason to go on the warpath if Obama doesn’t get what he wants. He is, in a very real way, telling minorities to take note of what happens and if his agenda is not rolled out, then they should take their frustrations out on whites. That is the implication and this is not what a president – who is supposed to represent all people – do. This type of rhetoric is despicable, yet this is what Obama does. Many blacks have asked things like, “what do you mean, Obama has made race relations worse? He’s telling it like it is!” and that is what they firmly believe.

I know plenty of white people who are working two to three jobs just to try to make ends meet. Some have no job at all and have been out of work too long. Where is the help for them? What about all of the things Obama has asked for and received from Congress and yet it’s clear that we are not one step closer to a better economy. In fact, our economy continues to worsen on a weekly, if not daily, basis.

Obamacare, if it doesn’t cave in on itself, is going to be the most costly program that our government ever created. We already know that the promises about paying less for insurance and being able to keep your own doctor are promises that will not come to pass. In some states, insurance premiums have risen or are slated to rise by up to %140. How is this creating better situations for the average American?

In the end, the truth is that Obama may be fighting a losing battle and knows it. He may realize that he stands a good chance of watching the Democrats lose seats in 2014. If so, he will not get what he wants. It won’t stop him though because he will likely continue to do whatever he wants to do and it appears as though no one in Congress knows how or is willing to take the necessary steps to stop him. It’s all talk, hearings, and more talk. He’s a rogue president. He does what the global elite tells him to do. They are his master(s) and he is their willing slave.

He doesn’t work for the American people. We only pay him and pay for his many vacations. He works for the global elite. He routinely sends millions and billions of American taxpayer dollars overseas for “projects” all the while, Americans here at home receive little to nothing. How is it that this administration can ignore Congress and continue to send that type of money overseas while Americans at home are without work and being hemmed in on every side? Meanwhile, Obama says that things may get worse.

Yes, things will get worse because he has no interest in doing anything that will help America’s economy. He seems hell bent on destroying it, while blaming others.

Tighten your seat belts folks, because the ride ahead appears to be very bumpy. Take stock of yourself and your family. Obama certainly isn’t and neither is Congress. Trouble is coming, encouraged by the man in the Oval Office.