Obama’s War On Coal Is A War On America

The US economy teeters very carefully on the edge of a cliff; one hiccup could send it toppling over devastating the entire American public. Never fear, Obama doesn’t mind being the hiccup as long as his climate change initiatives are implemented. The war on coal is just the beginning.

According to the American Coalition for Clean Coal Electricity (ACCCE), 280 coal-fired generated units could be closed in the coming years due to strict environmental regulations already in place. Mike Duncan, President of ACCCE, said, “If the Obama Administration fails to recognize the environmental progress the industry has made and continues to adopt more regulations, coal power could cease to exist, which would be devastating for our economy.”

National Association of Manufacturers President and CEO Jay Timmons said, “The EPA (Environmental Protection Agency) is not going to stop with today’s announcement. First, it will be coal. Then it will be natural gas. Ultimately, this plan will make the United States less energy secure, less affordable and unable to meet our future energy needs.”

The Daily Caller reports that coal is “just the first step in the Obama Administration’s plan to tackle global warming ….”

The president’s plan to address global warming largely relies on executive actions to reduce US carbon emissions, including setting emission limits for new and existing power plants that would effectively ban the construction of new coal-fired power plants.

The refining industry joins a number of industries that are fighting back against the president’s proposed plan to fight global warming.

The federal government has already stalled 40 mining permits in eastern Kentucky, according to a report by The Kentucky Coal Association. That maneuver is costing the region “3,600 jobs in coal mines and other businesses.”

Charles Drevna stated the refining industry operates under an unprecedented amount of regulations that continue to mount. One of those is the Renewable Fuel Standard. This calls for refiners to blend “13.8 billion gallons of ethanol into the fuel supply this year;” but, according to Bloomberg, the industry will fall short of that requirement by 400 million gallons. Blaming rising fuel and food prices on the Renewable Fuel Standard, Republican and Democrat Senators have initiated legislation to repeal it.

Arkansas Democrat Senator Mark Pryor said, “The Renewable Fuel Standard isn’t working for consumers, refiners or livestock groups. These mandates are unworkable and need to be overhauled. Repealing the RFS will allow us to develop new policy for advanced biofuels without driving up Arkansas’ gas and food prices.” 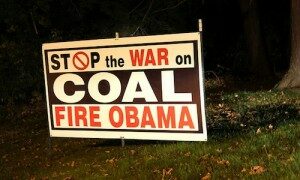 In spite of all the scientific data indicating global warming/climate change due to greenhouse gas emissions is inconclusive and probably a myth, Obama forges ahead to appease environmentalists and the best the legislative branch can do is repeal the Renewable Fuel Standard. It’s hard to cry ignorance when the scientific data is readily available on the internet to anyone. Congress should have the latest best data as they have direct access to the scientists testing these theories. The administration cannot claim ignorance. Ignorance is corrected by factual information. This has become out and out stupidity; there is nothing that can correct stupidity.

Cow belches and flatulence are the largest producer of greenhouse gases and China’s carbon emissions are about twenty percent higher than the US. Washington is not missing facts as any child can browse the web to find information. Remember, Obama has indicated the “planet will boil over” if this menacing evil of global warming/climate change is not contained; but the major contributors to this “perceived” evil cannot be regulated away by the EPA. If this evil is all encompassing, why give $7 billion dollars to sub-Saharan African countries to expand their electrical grid?

“Power is everything,” as stated by character John Aaron in the movie Apollo 13. Without power, there is no communication, transportation, manufacturing, services or information. The nation practically comes to a standstill.

Obama is following a playbook, instituting initiatives and executive orders to accomplish a larger goal. There are a few members of Congress who are wise to this man’s actions. However, the majority clutch the coat-tails of this “hollowman.” like a child needing a security blanket. Washington is stuck on stupid and playing the game of “Obama says.” This surely does not bode well for America.