An eyewitness, British citizen and security officer, who refers to himself as Morgan Jones, a pseudonym to protect his safety, says that the attackers said they attacked the diplomatic mission to “kill Americans, not Libyans.”

In an interview for 60 Minutes, Jones told Lara Logan that he was hired to train the Libyan guards at the mission.

Jones said that he was concerned that the State Department would not allow his guards to carry guns.

As the attacks began, one of the guards Jones had trained called him. 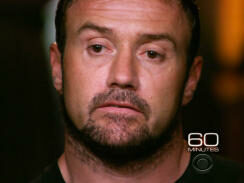 Morgan Jones, a British citizen, had been hired to train the Libyan guards at the U.S. mission in Benghazi.

Jones says that his thought was for his American friend inside the annex.

Though he didn’t elaborate on who it was that he called, he did indicate that it was someone inside the compound.

He then went on to expound upon what the attackers had apparently said as they were attacking.

“They said, ‘We’re here to kill Americans, not Libyans,’ so they’d give them a good beating, pistol whip them, beat them with their rifles and let them go,” Jones said.

The Accountability Review Board issued its report back in December 2012. It “found that certain senior State Department officials within two bureaus demonstrated a lack of proactive leadership and management ability in their responses to security concerns” in Benghazi.

The report went on to state that “findings of unsatisfactory leadership performance by senior officials” in relation to security “should be a potential basis for discipline recommendations.” So far, not one person has been held accountable for what took place in Benghazi, not one.

Clinton gave a speech at the University of Buffalo Wednesday which was interrupted by a man in the audience screaming, “Benghazi, Benghazi, you let them die!”

It was then State Secretary Hillary Clinton who appointed the ARB to investigate the September 11, 2012 attacks in Benghazi that left four Americans dead and dozens wounded. Many have argued that this was a conflict of interest. I am one of them.

Freedom Outpost has reported that members of Al-Qaeda were allegedly involved in the security of the mission in Benghazi and that on the night of the attacks, there have been eyewitnesses that have claimed that former Egyptian President Mohammed Morsi was involved. Documents to that effect have also been obtained from Libyan intelligence, confirming the claim.

Logan’s full interview will air on CBS this Sunday on 60 Minutes.

UPDATE: “60 Minutes” correspondent Lara Logan this morning delivered a clinic on how a media organization should correct the record on faulty reporting: “The most important thing to every person at ’60 Minutes’ is the truth, and today the truth is that we made a mistake. And that’s very disappointing for any journalist, it’s very disappointing for me. Nobody likes to admit that they made a mistake, but if you do, you have to stand up and take responsibility and you have to say that you were wrong, and in this case we were wrong. We made a mistake,” Logan said today on “CBS This Morning.”

NC Republican Larry Pittman: Obama is No Traitor Because Has Not Harmed Kenya

NC Republican Larry Pittman: Obama is No Traitor Because Has Not Harmed Kenya