WHY WERE FIRST RESPONDING DEPUTIES TOLD TO “STAND DOWN” AND “BEGIN STAGING” INSTEAD OF TO RUSH IN AND “NEUTRALIZE” THE SHOOTER?

In a situation where one minute can equal more lives lost, the commanding officer ordered first responding deputies to “stand down and begin staging”. Why?

At 2:26 pm, a call came in indicating the location of the shooting to be Building 1200. Three minutes later, at 2:29 pm, in an emergency situation where seconds count, the log read “SHOOTER LOCATION UNKNOWN”. 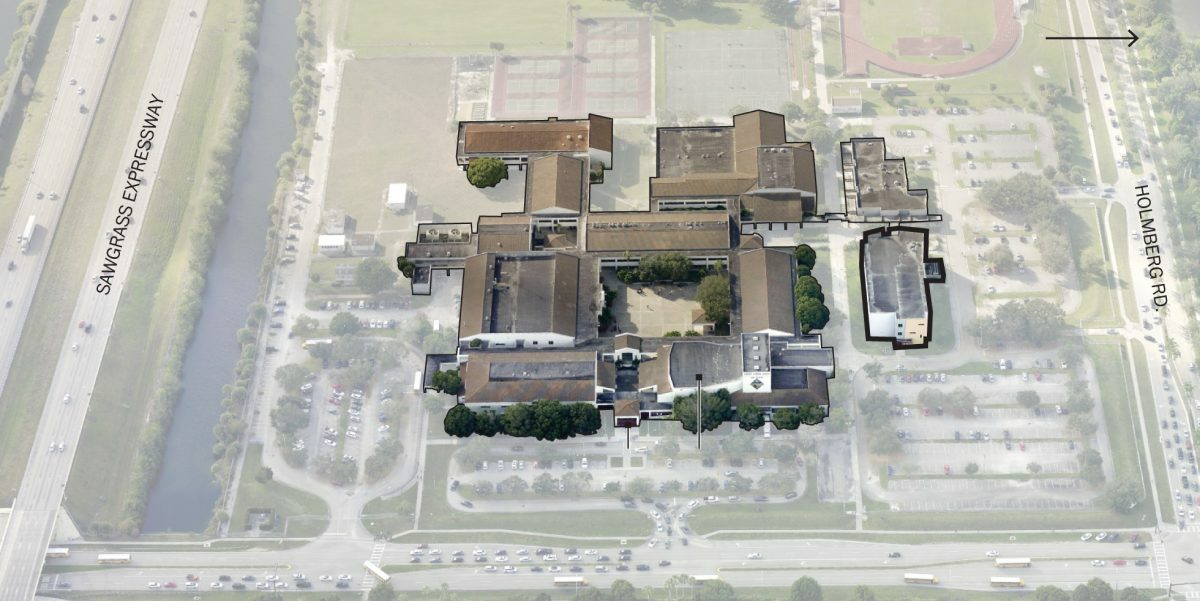 Campus Map highlighting building 12. take our poll – story continues below Completing this poll grants you access to Freedom Outpost updates free of charge. You may opt out at anytime. You also agree to this site’s Privacy Policy and Terms of Use.

I realize this was an extraordinary situation for Broward County law enforcement; however, a call indicating Cruz’s location had come in three minutes earlier.  Why wasn’t this critical piece of information passed on to first responders?

According to the Broward Sheriff’s Office, when a deputy arrives at the scene of an “active shooter” situation, they do not need permission to go into the building. “Neutralizing” the suspect should be their top priority.

Although “forming a perimeter” is a necessary part of the response effort, the first priority is to address the shooter.

“Jeff Bell, the president of the Broward County Sheriff’s Deputies Association, said it wasn’t clear how many officers were already on the scene or in the school when the first perimeter and stage command came out. But Bell says unless “50” officers were already inside then it was a bad command to order staging. “If that is the correct log at ten minutes, that we were more concerned with the perimeter than finding the shooter, it was a bad command. It could have stalled our officers or cost lives.””

But, if the first call for a perimeter was logged at 2:32 pm, at what time was the order to “Stand Down” issued?

Fox News obtained a copy of the dispatch log. Excerpts below.  (Comments by Fox news reporter in parenthesis.)

“(Approximately 2:21 pm: Nikolas Cruz entered Building 12 on the campus of Marjory Stoneman around 2:21 p.m. and began firing. Law enforcement tells Fox News the shooting lasted about seven and a half minutes.)

2:23 pm: (Call from a female student about shots fired)

Yet, law enforcement was notified three minutes earlier that Cruz was in building 1200, according to the log.  (E. Vaughn)

2:30 pm: (another active shooter call was logged, that a mother of a student advised) “HE HEARD SHOTS FIRED HE IS IN 11th GRADE IN A MATH CLASS UNK ROOM NUMBER.”

(At this point, eleven minutes after it was believed Cruz first opened fire, the log indicated one of the commanding officers started ordering responding officers to begin forming a perimeter, which one law enforcement source said would go against all training to first neutralize the threat.)

(Sources told Fox News the 17S1 insignia on the log that day is important because it is the insignia, or code, for who was making the commands. 17S1 stands for 17 Sierra One.)

(A short while later, as the dispatch log indicated the whereabouts of the shooter was unknown; the first command to “stage” apparently was given.)

(Then, three minutes after that staging order, the log indicated the scene was still active as emergency aircrews indicated they would not go because it hadn’t been confirmed the shooter was in custody.)

2:38 pm: “AIR RESCUE ADVISED NOT LAUNCHING UNTIL CONFIRMED SUBJ IS IN CUSTODY.”

3:16 pm: UNIT ADV ON DISPATCH 11A THAT THE SUBJ IS POSS A WM NAMED NICHOLAS CRUZ, WM LSAW A BURG SHIRT, BLK SHORTS, WAS LAST SEEN ON S/E END OF THE SCHOOL…”

From beginning to end, this has been a case study of incompetence on the part of law enforcement. The countless red flags that were ignored in the years preceding the attack and the bungled performance by first responders indicate how seriously it was mishandled. Obviously, dealing with a school shooting is a rarity for any law enforcement officer. However, they do receive training in emergency situations.

Due to the large number of conflicting accounts and accusations being bandied about in the aftermath of the Parkland, Florida shooting, a thorough investigation into the response of law enforcement is currently underway. The actions of the first responders, the flow of communications, the commands given, the exact timeline must be scrutinized are just a few of the items that must be scrutinized. There are so many inconsistencies in this case that it will likely take some time before it is completed. It will be fascinating to see the final report.