Irony and contempt are two words that would sum up Obama’s actions regarding the government shutdown. In a classic example of this, the Blue Ridge Parkway, the national park in North Carolina, continues to be open; but, the Pisgah Inn, a private concession on the parkway, is ordered closed. Bruce O’Connell, the owner of the establishment, tried to keep the Pisgah Inn open in defiance. In response, armed Park rangers descended upon his business, blocked both entrances to the inn, and have remained there 24/7 since. 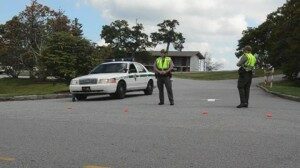 On Tuesday, O’Connell told Glenn Beck, “They have been there 24-hours a day since 12:30 last Friday.”

Beck asked O’Connell why he fought the order. O’Connell stated, “Because I’m almost 60 years old and I have nothing to lose anymore, and I’m fed up with it.”

According to The Blaze:

O’Connell said multiple times that he is not standing up for his own sake, but for the sake of his ninety employees who are suffering, and unlike federal workers, have no chance of getting back pay courtesy of the taxpayer.

The small business owner said he has hired local and Washington lawyers, and while he fights to reopen his business, they’re still feeding the employees and “trying to make the best of a bad scene.”

When asked what the Park Rangers barricading the entrances to his business have to say, O’Connell responded: “The Rangers are my friends. I know them all. And they’re basically telling me they’re following orders, they have no choice but to follow orders, and I understand that. I really don’t expect them to risk their jobs, their retirement, their paychecks.”

Here is an excellent example of fear of the government. These Rangers, whom O’Connell describes as his friends, closed his business down while the parkway remains open because they were “just following orders.” Those orders are nonsensical and they are purported friends of this small business owner; however, they followed those orders out of fear and nothing more. Not only did they follow the orders, they came to their friend’s place of business armed. What were they going to do if he continued to refuse, shoot him? That would be typical of good little brown shirts who are full blown ID-10-T card carrying mindless followers of Obama.

In fact, it would be easy to say that all the Park Rangers “just following [nonsensical] orders” are doing so out of fear of retaliation if they refuse. It’s hard to swallow that some men and women have such little courage that they are not willing to stand up for their friends against orders that are total nonsense.

“Greater love hath no man than this, that a man lay down his life for his friends,” John 15:13.

While these rangers would not have died had they supported their friend, they would have incurred a risk in their life because of their courage. It seems that the government has done an excellent job of inciting individuals to turn against their friends. 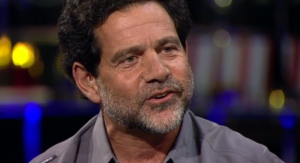 O’Connell stated he had no choice but to contact his governor and Congressman again and to keep on fighting.

O’Connell said, “I’ve been there 35 years; Let me tell you what’s strange here. The Blue Ridge Parkway, which is the park, is open. They did not close the park… there are tourists traveling the whole 470-mile length of the Blue Ridge Parkway. I am a private concessioner, paying money in to the government, and yet I am closed. I’m having trouble understanding that part of it.”

So, this small business owner pays into the government for his business being in/on/alongside a national park; still, the government closes that business but keeps the road open. The government surely would not ask him to continue to pay money into the government while he is closed. Oh wait, we are talking about Obama here along with the ever senile, name-calling, illogical thinking Harry Reid and his band of Sheriff of Nottingham sycophants. Mr. O’Connell needs to withhold the money equivalent to the days the government had him closed in defiance of the “King” Obama.

While not being outspoken politically, O’Connell does believe in small government. During the interview, Beck pointed out to O’Connell that he was “an enemy of the state” because of his belief. O’Connell acknowledged that he more than likely was now after defying the orders to shut down.

To make it official, these friend-abandoning, brown shirt wannabes need to go ahead and place a red armband with Obama’s disgusting symbol on their uniform and sing Horst-Wessel-Lied. At least then, the American public can easily identify who in the ranger service is part of the Obama Ostrich brigade.

Has ANYONE Actually Been Able To Successfully Sign Up For Obamacare Yet?