The UK child sex trafficking gangs we have come to America.

CAIR leader Ahmad Saleem, a Muslim youth coordinator, was also one of the men arrested. Investigators said the men all went to a home in Clermont with the hopes of having sex with a child. The car Saleem traveled in had a license plate that said, “Invest in children,” according to investigators. 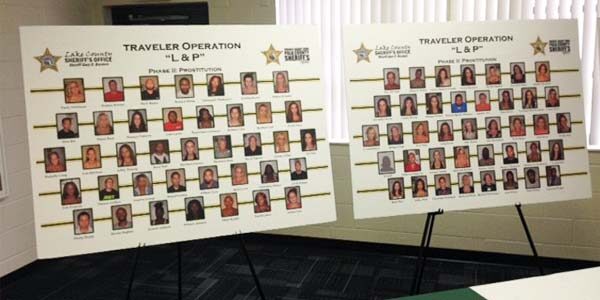 I am sure Ahmad Saleem believes he is following in Muhammad’s footsteps. Muhammad’s favorite wife Aisha was 6 when he married her.

“We must hold our civil servants to the highest standards,” says Kurnaz (here).

Here’s what CAIR says about their pedophile leader who targeted for rape children between ages 10 and 14 (they’ve taken the page down):

Ahmad Saleem is an active community organizer in Orlando, Florida. He is responsible for spreading CAIR Florida’s impact and presence in the Orlando community which includes serving and protecting the civil rights of the community as well as maintaining healthy relationships with other Muslim organizations, nonprofit organizations, government entities, and the media. He is the son of Pakistani immigrants. His father, a pediatrician, and his mother, a school teacher, instilled in Ahmad the joy of caring for others and serving them wholeheartedly with love and dedication.

He graduated with a degree in Psychology from the University of Central Florida (UCF). During his time there, he led many initiatives via his leadership of the Muslim Student Association at UCF. This included hosting or speaking at events such as “Islam and the West,” “Arab and Muslim Americans and the Elections,” “Islam and the World,” and many other timely topic events. He helped raise awareness for his community members to vote and was, and still is, an active part of organizing the Florida Muslim Capitol Day that is held annually.

He also started an initiative called Project Friendship where he worked with people of other faiths and groups to meet and socialize with the intention to break barriers and to help build bridges between one another. During his time building these projects, Ahmad was able to develop a strong sense of awareness of American community dynamics and aims to apply this new knowledge and treasured experience to better serve our nation.

Apart from being the former MSA president at UCF, he was the MSA National service director, a board member of Muslim Youth Project USA, a student of many learned scholars from across the world, and is a motivational speaker who has been invited to speak throughout the country.

Mr. Saleem is the founder of Saleem Academy, an organization dedicated to empowering Muslim youth globally. Under it, he has conducted his “Inspired by the Quran” and “Muslim Youth Survival Guide” weekend seminars. In addition, he has also created many empowering online videos and courses. He continues to actively engage in any educational or community building efforts that he can to help uplift and raise American and global communities to new heights.

Ahmad regularly lectures on issues related to activism and Islam and Muslims in the West. He has taught on subjects that range from political activism, Islamic belief, history, spirituality, culture, and many more. He hopes to see a world where bridges are built to close the gap between people of different faiths and races and statuses, in the spirit of celebrating diversity and focusing on and appreciating the similarities and differences that unite us.

Ahmad passionately believes in America’s ideals for justice and equality and happiness for all and hopes to help resurrect the practice of those ideals in the present time. He feels that Islamophobia is a serious danger to Americans and not in line with the spirit of our Founding Fathers and that it needs to be stopped as soon as possible. He believes that by eliminating Islamophobia is the only way to bring a peaceful domestic and global future for everyone. “There is no better time than now,” he says, “for us to make a genuine truce between one another, to resolve our differences, and to live happily alongside one another as a peaceful, loving, and diverse community.”

Muslim leader among those busted

More than 100 people, including the Orlando leader of the Council of American-Islamic Relations, were arrested in a two-county Florida sex-sting operation, many of whom for allegedly trying to have sex with children.

Many of those arrested had jobs working with children, including theme-park workers at Universal Orlando and SeaWorld, and a former Walt Disney World cast member who left the job before his arrest. SeaWorld said the men charged were no longer employed at the theme park.

“These are very dangerous people and they are after our children,” said Grady Judd of the Polk County Sheriff’s Office.

During the first week of the sting, investigators say, 22 people traveled to Clermont, Florida, thinking they were going to have sex with a child between ages 10 and 14. Seventy-nine others were arrested on charges connected to prostitution.

Ahmad Saleem, a Muslim youth coordinator, was also one of the men arrested. Investigators said the men all went to a home in Clermont with the hopes of having sex with a child. The car Saleem traveled in had a license plate that said, “Invest in children,” according to investigators.

Saleem is also founder of the Saleem Academy, an organization “empowering Muslim youth globally” and also served as the Orlando coordinator for CAIR.

A note posted at the Saleem Academy website Tuesday stated, “Closed. May God bless you, guide you, and illuminate the right path for you, and keep you firm on it. Keep me in your prayers.”

“He’s well known as a community outreach leader interacting with teens in and around the Orlando area,” said Judd.

Judd said the operation was designed to send a strong message to anyone in Internet chat rooms that sex with minors won’t be tolerated.

The Lake County Sheriff’s Office released the following in a statement:

“The first week of the operation targeted adults who were looking for sex with a child. During this phase, the detectives posed as either a child or a parent of a child as they were solicited by those interested in sexual activity with the child. As this phase progressed, 22 individuals were arrested after traveling to the location to have sex with who they believed to be a child, two of whom were already registered sex offenders. The age range for the target child was 10-14 years old in these cases.

UnMasking Islam: What You Need to Know

Repeal the Third Amendment: Californians Sign Petition to Allow US Troops Take Over Their Homes

Repeal the Third Amendment: Californians Sign Petition to Allow US Troops Take Over Their Homes