A remarkable story is developing claims the Census Bureau faked employment numbers prior to the 2012 presidential election.

This is a story broken by the New York Post. The claim by reporter John Crudele is that “reliable” sources the Census Bureau knew that at least one and maybe more employees were fabricating data that went into the unemployment report.

Again, according the New York Post, the Census employee caught faking the results is Julius Buckmon, according to confidential Census documents obtained by the Post. 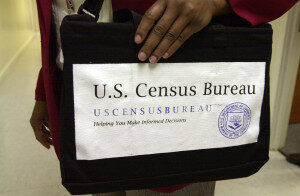 Buckmon reportedly told the reporter this past weekend that he was told to make up information by higher-ups at Census. And a knowledgeable source says the deception went beyond that one employee. That it escalated at the time President Obama was seeking reelection in 2012 and continues today.

So here is how it works. When the Department of Labor releases jobless numbers, they pull the data for the Census Bureau. In order to pull from census, labor requires 9 out of 10 households targeted to have reports back on their job status.

Interviews with some 60,000 household go into each month’s jobless number, which currently stands at 7.3 percent. Since this is considered a scientific poll, each one of the households interviewed represents 5,000 homes in the US.

So where were the numbers reportedly faked?

According to the Post, Julius Buckmon was conducting three times as many household interviews as his co-workers. Sources claim that Buckmon was creating people out of thin air, and giving them jobs and that he may have been able to lower the stats on the jobless rate. The Census Bureau was reportedly aware of this and never disclosed it to the public, nor did it inform labor that the data was tainted.

The reporter on this story, along with his sources say they will testify before the Labor Department and Congress about what they know and are waiting to hear back.

Barack Obama aka Barry Soetoro: A Study in Duplicity

Barack Obama aka Barry Soetoro: A Study in Duplicity