German Municipalities estimates that just two percent of Muslim refugees in the rehabilitation program are ready to take a job. “You are not ready to work.” The stamp is the vast majority of refugees by the municipalities. Daniel Greenfield, in his article The Death of Europe, said: “The Muslim migrants are meant to be the retirement plan for an aging Europe. But the Mohammed retirement plan won’t save European Socialism. It will bury it.”

Politiken: The figures cover refugees who have been granted asylum in Denmark and 31 in December were doing an integration program in a municipality. The refugees receive either cash or integration performance.

They typically have stayed in Denmark for at least six months, from asking for asylum, to move into a home in one of the country’s municipalities and embarking on an integration program.

It appears from the table – the Ministry of Employment has made Inger Støjberg – that by the end of 2015, were 13,844 refugees under the integration program on public services. Local authorities have estimated that just 282 of them are job appropriate – ready to take up a job here and now. 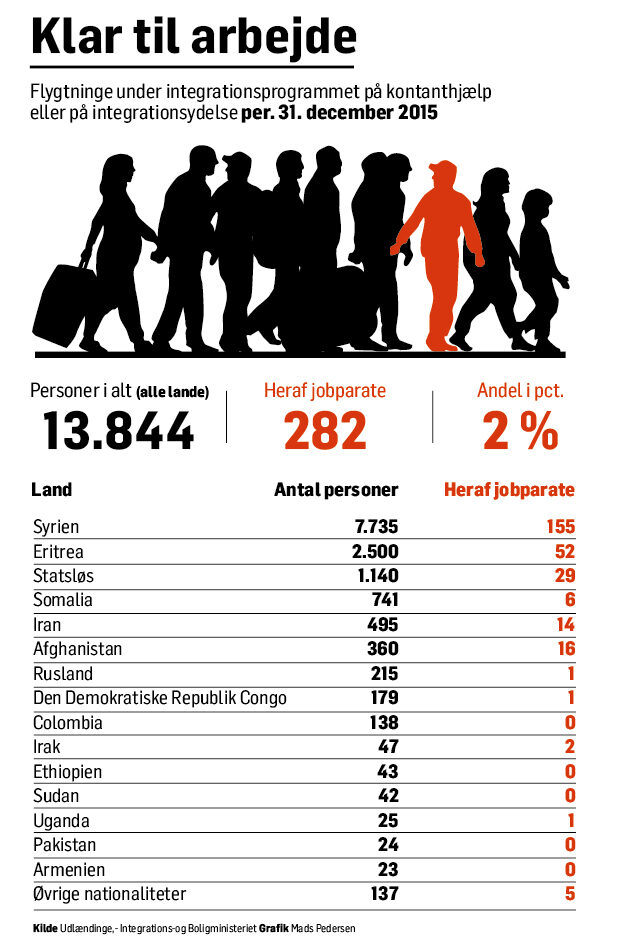 This corresponds to a share of two percent. The statement distributed the refugees in the 15 largest nationalities. Of the Syrians, social workers in the municipalities have only found two percent of those who are job ready. Of the Afghans, 4.4% were found job appropriate, while none of the refugees in the integration program among citizens originating in Ethiopia, Sudan, and Pakistan were.

Three months ago, Danish Industry sent a similar statement on the street, where the proportion of job appropriate refugees in the rehabilitation program was set to three percent. The figures from the Confederation of Danish Industry showed that in many municipalities, the fact is that virtually no refugees in the rehabilitation program are estimated to be ready to take a job. 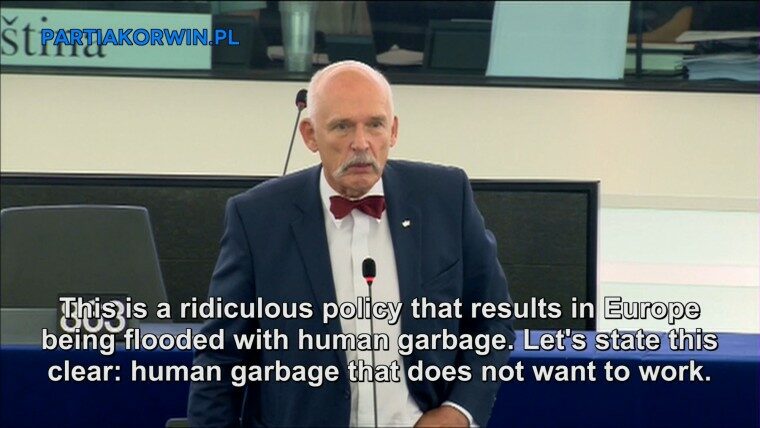 A significant reason is a technical challenge. All recipients of cash assistance must confirm weekly via the portal Jobnet that they are unemployed. Here, they must also write a resume and demonstrate that they are looking for work. Otherwise, they risk being cut off from public services.

But the vast majority are so unskilled that they are unable to use the website. This means that, according to an article in Jyllands-Posten, the social workers to protect the refugees from losing money often fail to declare refugees job appropriate, although they may in fact able to hold down a job.